I can’t say this enough- The future is incredibly bright for the Californian quintet, Young The Giant. These guys put on a stellar exclusive performance on Wednesday, May 14th at the iHeart Theater in Burbank. Clear Channel hosted the event as part of the iHeartRadio Live series, which is a Clear Channel entertainment production that features performances from today’s top artists. 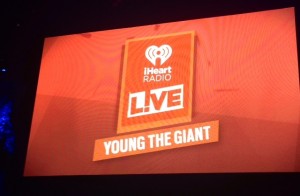 The event was broadcast live on-air as a 30-minute special on Clear Channel radio stations, with a 60-minute live video stream online across station websites and iHeartRadio.com. The show was hosted by KYSR 98.7 midday host Trey Morgan. 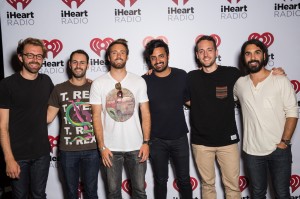 Young The Giant posed in front of the iHeart Radio Backdrop after the show. Photo courtesy of @rockoutthehoff!

The band dove headfirst into their set, focusing on their newest record, Mind Over Matter. Graceful and in control, the band owned the stage. This confidence might be the result of their journey from indie rockers to mainstream success. In between songs host Trey Morgan asked them questions about their music making process. 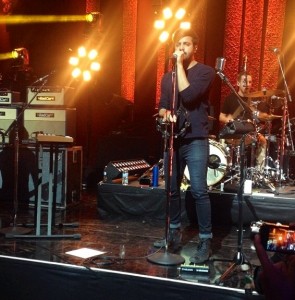 Front man Sameer Gadhia was in his own blissful world onstage, swinging his hips and spinning. His vocals soared high above, his dynamic delivery as strong and full of character as ever. Friends of mine who have seen Young The Giant perform have told me about him and it’s true, his magnetic performance is making this band one of the hottest live shows around today. 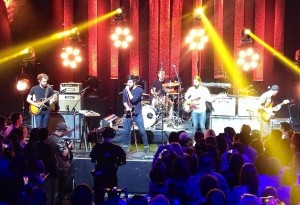 Gadhia’s voice swerves in and out while his graceful falsetto creates a sonic roller coaster built upon a solid foundation provided by Patam Doostzadeh on bass and Francois Comtois’ rapid-fire drums. The angular guitars of Jacob Tilley and Eric Cannata compliment each other nicely trading off to give YTG’s sound both a solid rhythm and frenetic solos. The band performed their new single off Mind Over Matter entitled, “It’s About Time” along with the hits “Cough Syrup,” and “My Body” which were also well-received by the audience.

“Soul Train” On Schedule for Broadway 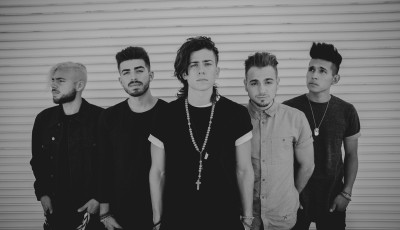 An Interview With Up and Coming Boy Band, LOS 5 On Their Newest EP, Their EP Release Concert TONIGHT And More! 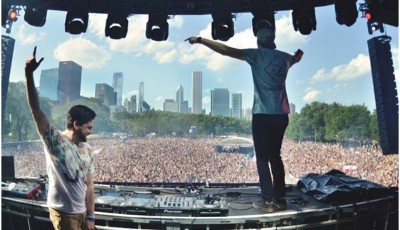