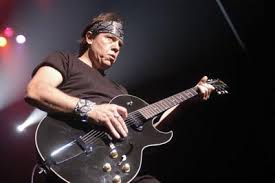 The hot sounds of blistering blues and raucous rockabilly guitars filled the air Friday at the Thunder Valley Casino Resort in Lincoln, CA as George Thorogood and the Destroyers and Brian Setzer’s Rockabilly Riot rocked the venue located – appropriately – minutes from the neighboring town of Rocklin. The packed and parched crowd, thirsty for blues, beer and bare-bones rock and roll certainly had their fill of all three.

Fittingly, Thorogood got his fiery headlining portion of the party started with “Rock Party” off his 2006 The Hard Stuff album. The veteran six-string slinger kept his proverbial foot on the gas throughout his scorching set, serving up shot after shot of non-stop hits that included fan favorites “One Bourbon, One Scotch, One Beer,” “I Drink Alone,” “Night Time,” “Who Do You Love,” “Move It On Over,” “Get a Haircut.” And “Tail Dragger.” Of course no Thorogood bash would be complete without treating his faithful fans to a rousing rendition of his signature “Bad to the Bone.”

Backed by the longtime Destroyers rhythm section of Jeff Simon on drums and Billy Blough on bass, along with Buddy Leach on sax and Jim Suhler on guitar, Thorogood capped the night with his signature interpretation of the Elmore James blues gem “Madison Blues,” sending the sweat-soaked throng home with just the right sonic nightcap.

Meanwhile as the mercury soared into the 90’s, Setzer’s sizzling opening set contained cool cuts such as “’49 Mercury Blues,” “Drive Like Lightning (Crash Like Thunder)” and “Nothing is a Sure Thing” as well as “Vinyl Records,” “Stiletto Cool” and “Let’s Shake,” the latter three from the former Stray Cats frontman’s latest solo record Rockabilly Riot! Naturally Setzer fed the crowd a healthy helping of Stray Cats standards as well, including “Rumble in Brighton,” “Stray Cat Strut,” “Runaway Boys,” “Fishnet Stockings” and the obvious encore, “Rock This Town.”

Despite the sweltering heat, Setzer held sway dressed in black from head-to-toe, which eventually turned out to be a fitting choice of attire when he later paid tribute to the original man in black, Johnny Cash, with a spirited rendition of “Folsom Prison Blues.” The cool cat also used his seemingly never-ending plethora of different colored guitars to cover the Jerry Lee Lewis classic “Great Balls of Fire” and on an amazing instrumental medley that featured the Bill Monroe & the Bluegrass Boys original “Blue Moon of Kentucky,” later famously covered by none other than Elvis Presley. 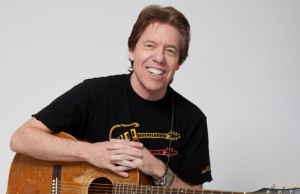 Known For Creating the BETTER CALL SAUL Theme Song, The Alternative Band LITTLE BARRIE Chat With All Access About The Show And Much More!

GOOD TIMES, BAD TIMES: SARAH BURTON DOES IT HER WAY ON GIVE ME WHAT I WANT