On May 22nd Pandora presented an evening with British singer-songwriter Kate Nash at Sonos Studio in the La Brea Arts District.

Celebrating her 3rd album Girl Talk, which was released on March 12th, Ms. Nash displayed a much rougher and tougher side to herself. This new record is a strong display of honest girl-powered, raw rock.

Despite the very hot temperature of the room, Kate Nash and her talented all girl band created a great energetic atmosphere. Wearing matching polka dotted dresses, they rocked the house, performing 13 songs for the packed room, including her break-out hit “Foundations” and many tracks from her new and third album.

It was night built on girl power. One look at the names of songs performed by Nash make it clear that girls rule: the lead-off single “Sister,” “Conventional Girl,” “Kiss That Grrrl,” “I’m a Feminist and You’re Still a Whore,” (a song on the deluxe version of “Girl Crazy,”) “Girl Crazy” and “Under-Estimate the Girl.” 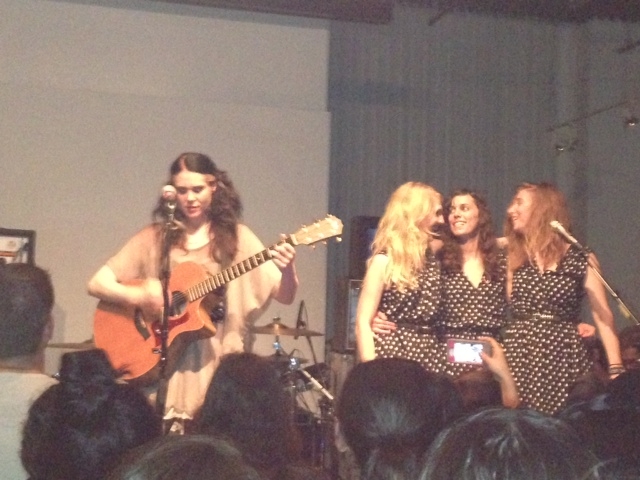 Touching personal memories, charming banter and heart-warming dedications connected Nash with the audience as well as crowd participation. The set list at this show certainly represented the collection of music that’s propelled Nash to the level of success she currently maintains. Her smooth voice can escalate from velvet crooning to all-out belting without skipping a beat.

Nash mixed it up instrumentally, sometimes playing bass or lead guitar, but as a performer, she was most effective when she had no instrument at all in her hands. Unattached, she bounced and bounded about the stage which made for an entertaining and lively show.

Cold War Kids Entertain All at the Fonda Theatre! 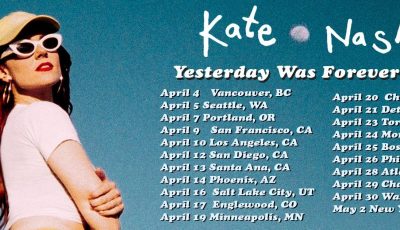 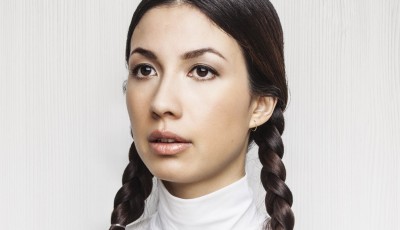 An Interview With Indie-Pop Singer-Songwriter, EMMY THE GREAT On Her Latest Album, “Second Love”, Favorite Tour and More! 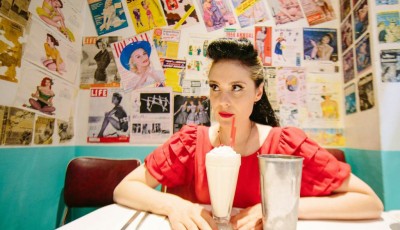 An Interview with the British Singer-Songwriter, Kate Nash About her New Music, How She’s Evolved Over the Years And More!