On Saturday, January 18th, from 7.30pm to about midnight, many of the best alternative-rock groups graced LA’s Forum stage for the third annual iHeartRadio AlterEGO concert event.

Sponsored by Capitol One and hosted by the nationally syndicated ALT 98.7’s The Woody Show personalities Woody, Ravey, Menace and Greg Gory, this all ages sold-out show was a night of non-stop hits as performers had roughly 30min to an hour for some to strut their musical stuff. Playing mostly their biggest radio numbers, acts didn’t talk much and got right down to business.

The line-up had something for everyone; Billie Eilish, Rex Orange County and Shaed for the younger crowd, Blink-182 and Coldplay for the older folks and The Lumineers and The Black Keys for everybody in between.

18-year-old singer-songwriter Billie Eilish got the evening started promptly at 7:30 with her bouncy energy and well-known songs. She performed many of the tracks off her 2019 Interscope Records full-length debut album, “When We Fall Asleep, Where Do We Go?”, including “Bad Guy,” “You Should See Me In A Crown,” “My Strange Addiction,” “All The Good Girls Go To Hell,” and finally “Bury A Friend.” Joined on stage by her producer and brother Finneas and drummer, Andrew Marshall, Eilish was lively and engaging with the crowd from beginning to end.

Next up were the rockers, Blink-182! Along with several fan favorites, they belted out a few new ones off their most recent albums including “I Really Wish I Hated You,” “Darkside,” “Built This Pool” and “Cynical.” Fans went crazy when they played their beloved hits “The Rock Show,” “What’s My Age Again,” “I Miss You,” First Date” and “All The Small Things.” Members Mark Hoppus and Matt Skiba were goofy on stage and cracked jokes in between songs. Meanwhile drummer Travis Barker wowed the crowd as always with his virtuoso playing.

The English artist Rex Orange County came on stage next and brought his fun indie-pop tunes along with him. Last October, he released his major label (RCA Records) debut album called “Pony.” From that collection, he played “10/10” and “Face to Face.” The multi-talent musician rotated between playing playing guitar, piano and simply serenading.

Coldplay hit the stage at about 9:30pm and the venue went absolutely wild. As a last minute add-on to the line-up, concert-goers had already purchased their tickets before learning these British rockers were going to be performing. Front-man Chris Martin even mentioned at the beginning of their set. They opened with “Sunrise” and “Orphans,” two songs found on their most recent eighth studio album, “Everyday Life” (Atlantic Records). They continued to play a few more off this collection including “Daddy,” “Arabesque,” “Cry Cry Cry” and wrapped up with “Champion of the World” which Martin dedicated to his son’s favorite new singer, Rex Orange County. For “Arabesque,” the Nigerian saxophone player Femi Kuti and a full horn section accompanied Coldplay.

The only older song heard during their time was the beloved 2005 hit, “Fix You.” This certainly got the audience singing along and couples cozying up to one another.

Known for their 2018 chart-topper, “Trampoline,” the Washington D.C. trio Shaed, made up of lead singer, Chelsea Lee and twin siblings Max and Spencer Ernst were next on the line-up. Before ending with that song, they played “Name On It,” “ISOU,” “Thunder” and “Melt.” Lee’s voice was beautiful and strong and truly filled the Forum.

Folk rockers The Lumineers came on stage soon after. Based in Colorado, they delighted the crowd with performances of their biggest songs found on each of their 3 studio albums. Their most recent collection, “III” was just released at the end of last year via Dualtone Records. From this album, they played “Life in the City,” “Gloria” and “Salt and the Sea.” The Lumineers also performed their rousing older sing-along favorites “Ho Hey,” “Ophelia” and “Stubborn Love.” Their spirited set was non-stop fun and truly enjoyable.

Last but certainly not least, The Black Keys ended the night with a sprightly set of old and new tunes. Made up of Dan Auerbach (guitar, vocals) and Patrick Carney (drums), the duo entertained the crowd by playing past hits “Gold On The Ceiling,” ” Howlin’ For You,” “Tigthen Up,” “Lonely Boy” and others. They also played a couple new ones off their most recent ninth studio album, “Let’s Rock,” released last summer via Easy Eye Sound/Nonesuch Records, including “Lo/Hi” and “Go.” Dan and Patrick are two incredible musicians and certainly proved that during the final set of the night.

This star-studded event was livestreamed exclusively on LiveXLive.com and broadcasted live across over 70 Alternative and Rock iHeartRadio stations.

iHeartRadio ALTer EGO is an iHeartMedia Production. Proud partners of this year’s event include Capital One and Movember.  For more information, visit iHeartRadio.com/alterego.

All photos taken by Leah Brungardt 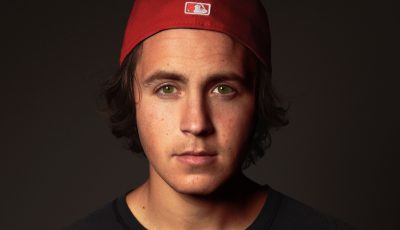 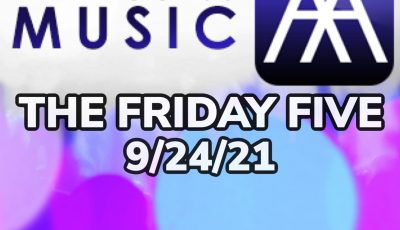