The Sold-Out Viva Phoenix Music Festival Proved to be a Successful Smash! 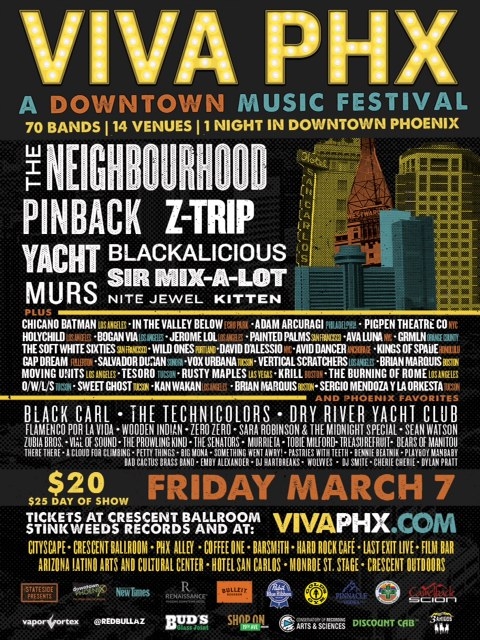 Bringing the taste of SXSW to Arizona which just so happens to have started on March 7th as well, there were 15 downtown locations for concertgoers to choose from, including Cityscape, the Crescent Ballroom, the Hard Rock Café, Last Exit and Bar Smith.  Headliners included national bands such as The Neighborhood and Sir Mix-A-Lot along with local bands like Dry River Yacht Club and Sara Robinson & The Midnight Special. For only a $20 wristband, this all seemed too good for me to pass up on my trip to Arizona! 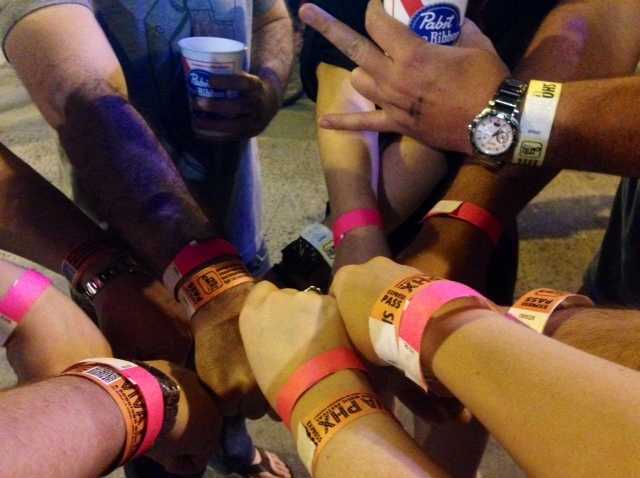 Henri Benard, the percussionist for Dry River Yacht Club, said he was especially excited to be performing at Viva Phoenix.

“Viva Phoenix is probably the biggest thing to happen to downtown Phoenix yet. It’s going to be a beautiful display of what smart, intelligent promoters, musicians and artists can put together when they put their minds to it. If you support Phoenix, if you support Arizona, you need to be at this event,” Bernard said. “Not you should be, you need to be. Just go and have a good time and support it.” 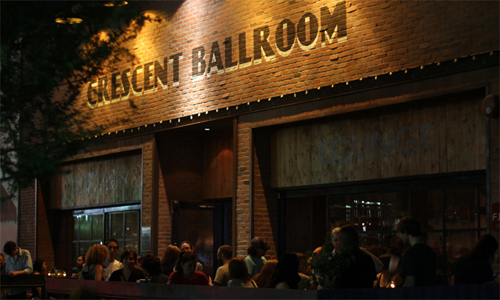 My friends and I were mostly impressed with the hip hop that was present at Viva. I think that we would all agree that Sacramento’s Blackalicious stole the show with their high-energy set at the Crescent’s outdoor stage. They rocked the crowd with their infectious old-school beats and rapper Gift of Gab’s amazingly fluid rhymes. His tongue-twisting freestyle about Phoenix went over especially well with the crowd. 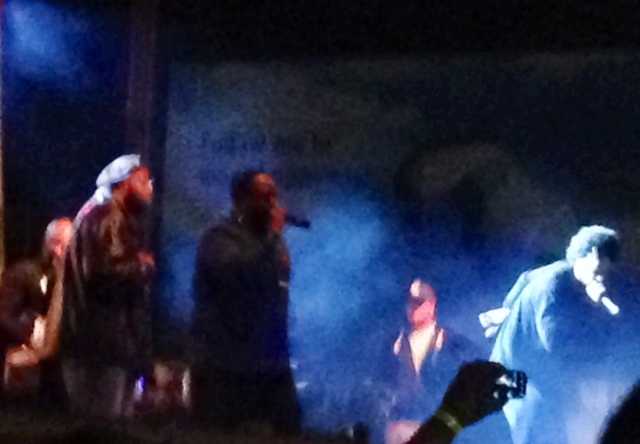 This area reached capacity shortly before Sir Mix-a-Lot was due to hit the stage, resulting in a line of old-school rap fans winding down the street outside the venue. Fortunately, it seems like most people made it in time to hear the Seattle rapper drop his big hits, “Baby Got Back” and “Jump On It.” 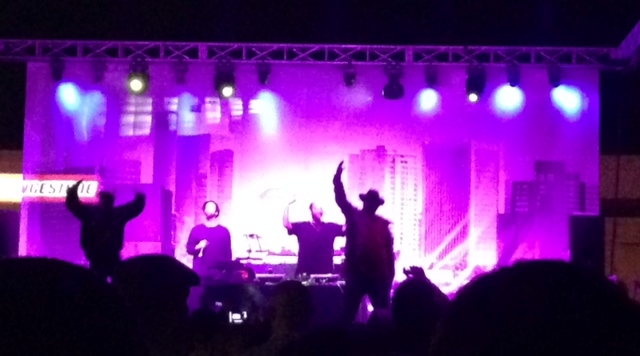 Another highlight of the night was Sergio Mendoza Y La Orkesta. They are a celebrated mambo group that was recently featured on the Austin 100 playlist by NPR’s All Songs Considered, a list of 100 bands to check out at this year’s SXSW festival. Playing in the style of classic 1950s mambo groups, complete with dapper suits, the group adds in dashes of psychedelica and other Latin styles, topped by the powerful singing of Salvador Duran. 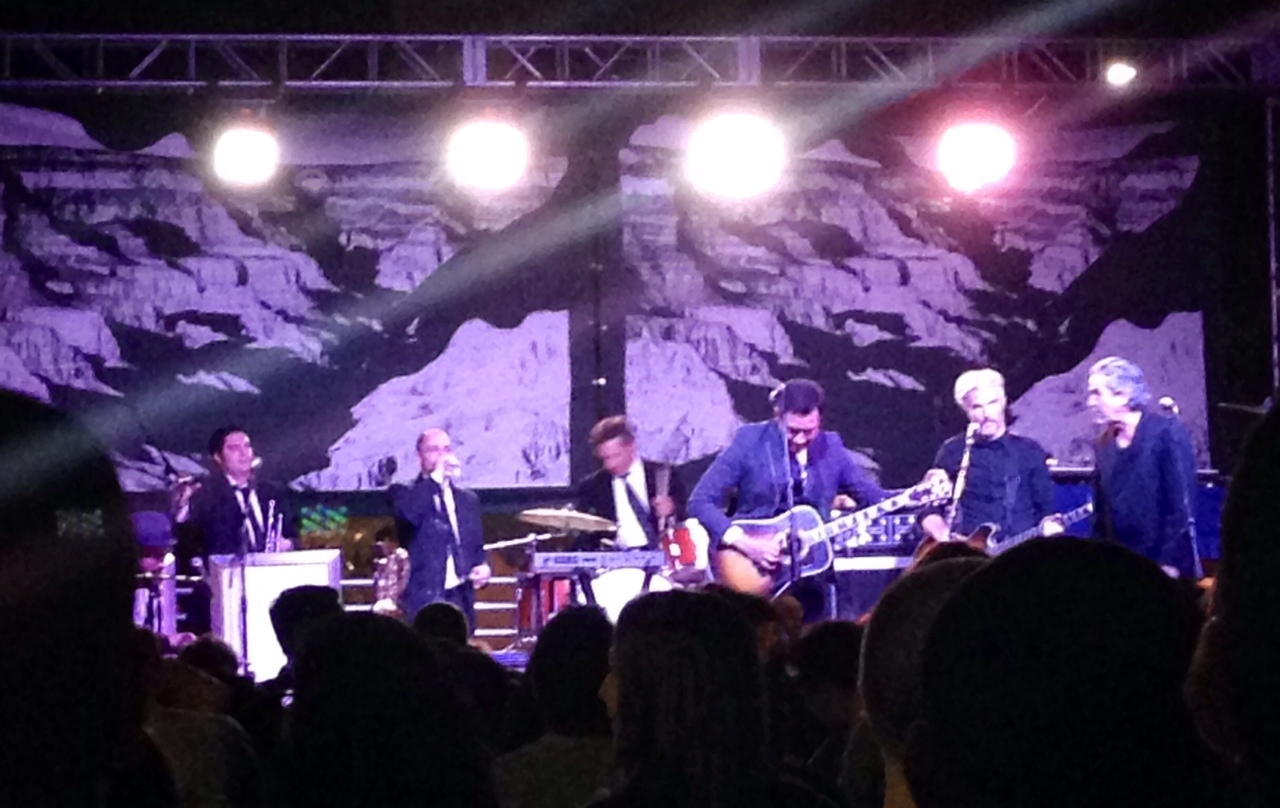 With 70 bands playing at 15 places in the span of 6-7 hours, there was a lot to see all at once, and the streets were filled with wristband-sporting festival goers, eagerly hoofing it to their next destination. On top of all this, the streets were already crawling with pedestrians thanks to the nearby Art Detour and First Fridays happening a block away and combined with all those happy festival goers, it was certainly a great night to be in downtown Phoenix. I think it’s safe to say that Viva Phoenix will become an annual event. 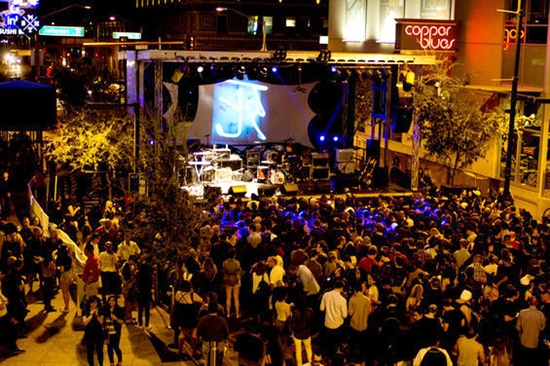 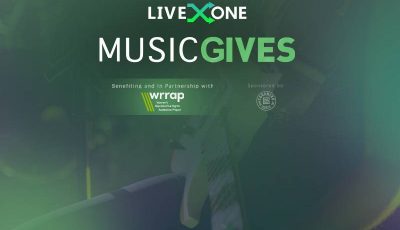 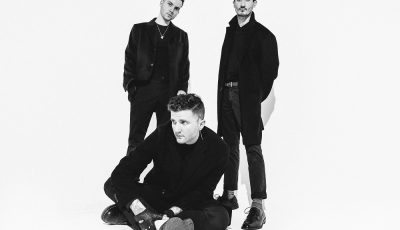 An Interview With The New Trio LA BOUQUET On Their Brand New Debut Album and More!