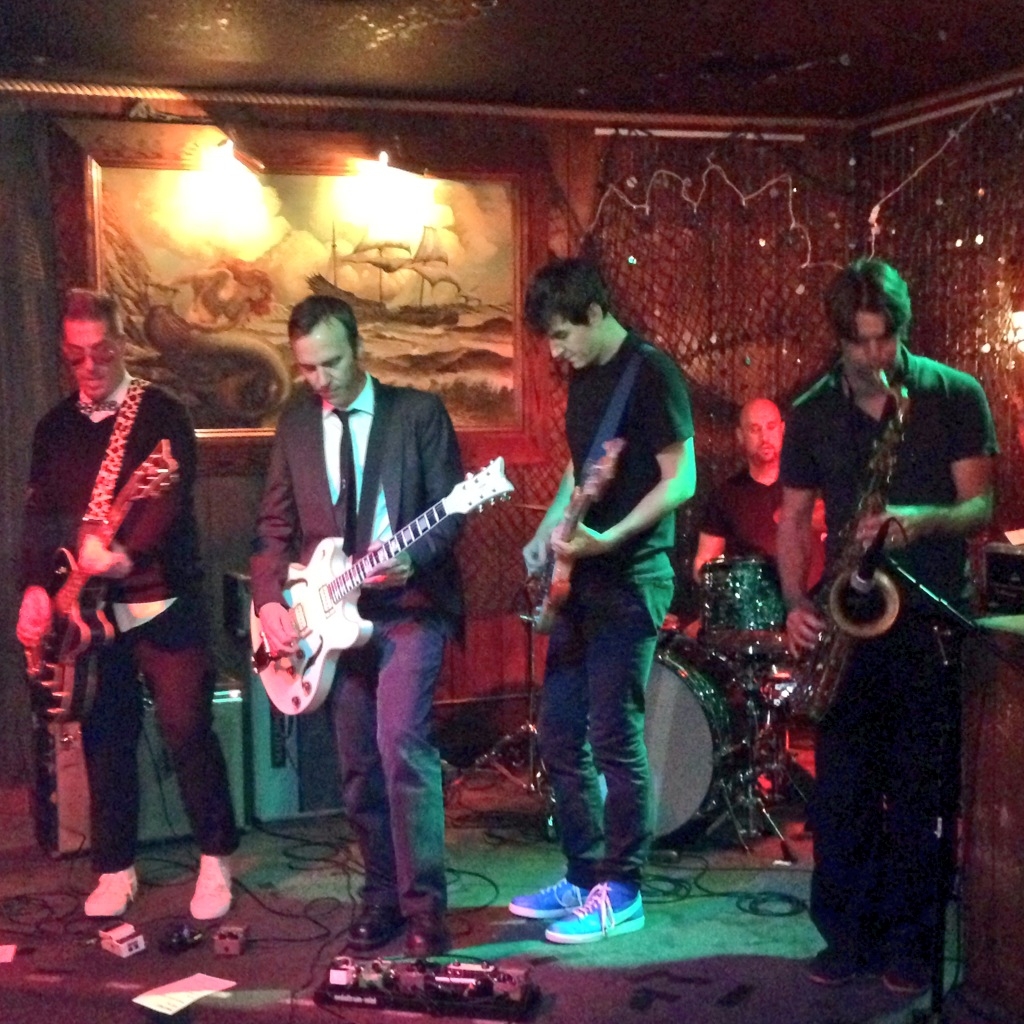 I always like hearing new music so when my boyfriend suggested we go check out his friend’s band, I quickly agreed. I was not disappointed. So on July 30th, at downtown bar, The Redwood, I was treated to a show by this instrumental surf meets punkabilly band, The Reigning Monarchs.

Not only are these guys incredibly talented, but the band even includes well known comedian and author, Greg Behrendt. He is responsible for several popular romantic-comedy books and his stand-up routine. However, while Behrendt is definitely the front-man, they don’t come off as some celebrity vanity project. Another member that people might know is the lead guitarist, Mike Eisenstein, who was in the band, Letters to Cleo. This is one rock solid band that seems to read each other quite well.

They are definitely building up quite a following here in Los Angeles and I have no doubt that they will continue to make waves in the music scene in the future.