The Music And Art Of Grammy Nominated Singer-Songwriter Joseph Arthur 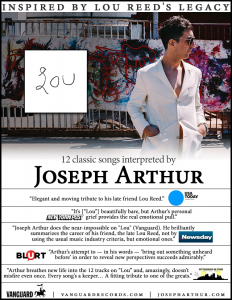 A Night of Joseph Arthur simultaneously showcased the music and art of critically acclaimed, Grammy nominated singer-songwriter Joseph Arthur, and featured prints inspired by the Lou Reed songs covered on his album, Lou (his first for Vanguard Records) and other original paintings and a special performance by the artist. 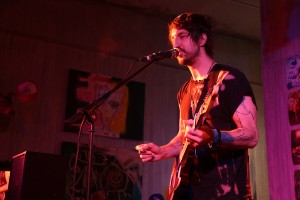 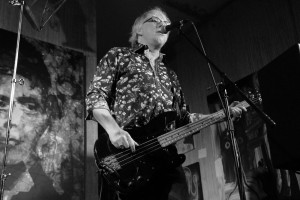 Musician, songwriter, and artist, Joseph Arthur performed an intimate acoustic set at Lethal Amounts Gallery in Downtown Los Angeles with an exhibition of his art.The performance was a real treat as it featured one of the founding members of R.E.M, Mike Mills doing a performance for their Lou Reed tribute album and art installation. Libations were provided by American Born Moonshine. 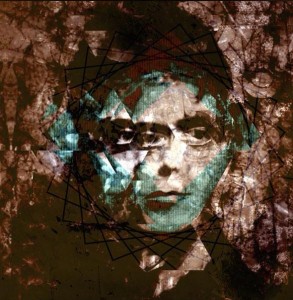 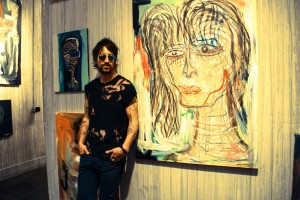 Arthur is best known for his solo material, and as a member of Fistful of Mercy and RNDM, which features Pearl Jam‘s Jeff Ament. He combines poetic lyrics with a layered sonic palette. Arthur has built his reputation over the years through critically acclaimed releases and constant touring. His unique performance incorporated the use of a number of distortion and loop pedals.

Arthur was discovered by Peter Gabriel in the mid-1990s, and signed to Gabriel’s Real World  label as the first North American artist on the label’s roster. Arthur released his debut album, Big City Secrets  (1997), and follow-up, Come To Where I’m From  (2000), on Real World before signing with various independent labels between 2002 and 2006. He established his own record label, Lonely Astronaut Records, in 2006, and released two studio albums,Let’s Just Be (2007) and Temporary People  (2008) with backing band The Lonely Astronauts. Arthur subsequently returned to performing and recording as a solo artist, releasing The Graduation Ceremony in 2011 and the double album, Redemption City in 2012.

Arthur  released his tenth studio album,The Ballad Of Boogie Christ on June 11, 2013. Arthur is also an acclaimed painter and designer. His artwork has graced the sleeves of his entire discography; the sleeve design for his 1999 extended play, Vacancy was nominated for a Grammy Award for Best Recording Package.

In 2013, Arthur began using Pledge Music to fund the release of his new studio album, The Ballad Of Boogie Christ. In a statement, Arthur noted,

“With the music business being what it is nowadays, unless you break out big or become a license darling, there are precious few alternatives to fund one’s work. Some say it’s sad that it has come to this but I’m optimistic that new ways of doing things can lead to new forms of creativity and a smaller world community for artists to get to know their fans or for fans to become a more vital part in the process of artists creating their diamonds.” 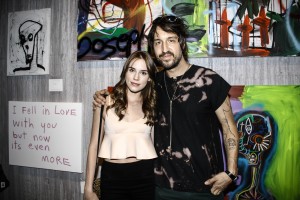 Here’s what others have to say about Joseph’s music:

“When I first heard Jo’s music, his lyrics jumped out at me. I love his words, love his music. It’s great to see some of his best written work assembled. His words rattle and rumble and prise open the cage.”
—Peter Gabriel, musician

“To riff off a riff; to update Ginsberg’s holy HOWL; to stand this naked; to wrestle an attention deficit world into a moment’s shivering standstill, just for a spiked breath of reflection: Wow. Joseph Arthur writes, builds, paints, draws, and creates because he has no choice. It is our luck that he does so.”
—Michael Stipe of REM

A Sweet Phone Interview with Us The Duo! 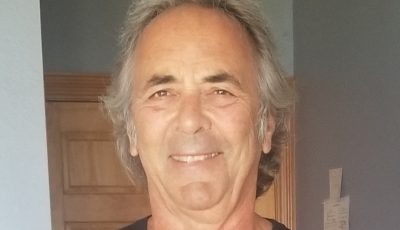