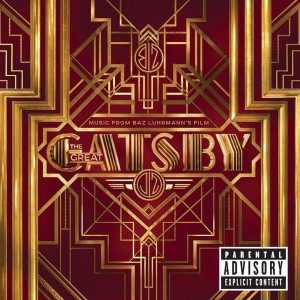 We just wrote about the recent news that Jay-Z and his famous wife Beyonce are joining forces to collaborate on the soundtrack to Leonardo Dicaprio’s The Great Gatsby. When it comes to soundtracks in the past, Jay-Z has working with labels as varied as Def Jam, Warner Bros, Atlantic, Epic, and Bad Boy. Now, The Great Gatsby will mark the first Interscope Records project of his career in general, and we are eager to see what’s up.

Jay is serving as the soundtrack’s executive producer. This is significant, because whenever he’s creatively taken the lead on theme oriented projects like soundtracks, they have always served as milestones in both his career, and music in general. In his earlier days he took advantage of the marketing exposure provided by soundtracks to movies like Eddie Murphy’s Nutty Professor franchise, Space Jam, and Sprung to be introduced in a blockbuster fashion, and become a house hold name among the Hip Hop demographic of the time.

Motion picture soundtracks continued to market and build the Jay-Z brand throughout the 90s. In 1998 he was prominently featured on the soundtracks for the Jackie Chan and Chris Tucker film Rush Hour, and the Hip Hop musical film, Streets Is Watching. The single from Rush Hour was his now classic hit, “Can I Get A… .” The Irv Gotti and Lil Rob produced track, is now considered Jay’s Top 40 mainstream breakthrough, which became the highest charting song of his career at that time. The song peaked at number 6 on the Billboard Hot R&B/Hip Hop chart, and at number 19 on the Billboard Hot 100 over all. The Pop success of “Can I Get A…” allowed Jay to then also market the song to a larger audience as the first single connected to his third album, Vol. 2… Hard Knock Life. Thanks to that mass marketing with his newly found Top 40 status, the album proceeded to become a blockbuster for his career, selling over 5 million copies. It is Jay-Z’s best selling album to date. After debuting at #1 on the Billboard 200, and Top R&B/Hip-Hop Albums chart, it marked the first of nine consecutive chart-topping albums on both charts to date from him. (This does not include his collaboration albums with R. Kelly or Kanye West.)

That album not only featured 3 additional hit singles, (including his second consecutive Top 40 hit, “Hard Knock Life”) but it also turned his new wider demographic of listeners on to the bonus track, “It’s Alright.” That track was originally connected to the direct to video film, Streets Is Watching. This presented Jay-Z’s music through film in an entirely different way. It was a Hip Hop styled musical film, which featured unreleased music videos for songs from Jay-Z’s previous two albums. The timing of that film combined with the fluid cross promotion of it’s music opened the door for those new Top 40 listeners, so they could discover his entire catalogue in a unique way.  All these thing propelled Jay-Z into superstar status and cemented him as a household name in the post “Biggie/Tupac Shakur” era of 90s Hip Hop.
Rush Hour, Vol. 2… Hard Knock Life, and Streets is Watching were cross-promoted by shared key tracks and media exposure that symbiotically allowed the movies and music to integrate each other into youth culture. This is significant to highlight because it exemplifies early use of a formula that he would go on to perfect with future critically acclaimed work.

One of those acclaimed works was his American Gangster concept album, released in 2007. Serving as executive producer of a creative team that included Diddy & The Hitmen, Just Blaze, Jermaine Dupri, No I.D. and The Neptunes, Jay’s American Gangster explored theme’s inspired by Denzel Washington bio pic about real life gangster Frank Lucas. He theatrically used the movie’s actual drama to make his personal drug dealing past understandable, relatable and rivetingly dramatic.  Presentation was everything!   While blurring the lines between his story and that of the Frank Lucas character, he gave audiences a satisfy story arch that was a complete musical statement.

Then, like with Rush Hour, Def Jam released the album alongside the film’s actual soundtrack. They were both released via Jay-Z’s Roc-A-Fella Records imprint during the time of his Def Jam Presidency. We feel that Roc-At-Fella doing this was his way of consciously taking advantage of a past formula, and expanded on creatively under his executive direction.
This is because the American Gangster concept album repeated the “symbiotic” success pattern established by Vo2…Hard Knock Life 9 years earlier. It exploded to the top of the Billboard 200, and grew his career once again, by making the American Gangster “experience” proof of how to sell a complete album in the digital age.

We must not be the ones who think there’s something to this either. This “symbiotic” Jay-Z formula has proven to work so well that Warner Bros Pictures has begun to do it in reverse. They took “Brooklyn Go Hard,” a 2008 promo single originally used for Fox Searchlight’s Notorious bio pic, and crafted a moving trailer of triumph for Jackie Robinson’s bio pic, 42: The True Story Of An American Legend.  For our coverage on this fantastic trailer, and Jay’s artistic plans for his wife on the new Great Gatsby soundtrack, head over to our site, Clizbeats.com! Click Here

Asher Roth Talks About Being Influenced By Jay-Z

On The Radar: Dustin Tavella 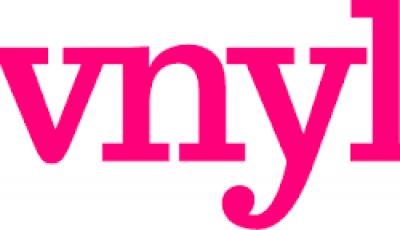 Listen As The Founder/CEO of The Monthly Vinyl Subscription Company, VNYL, NICK ALT Discusses The Ins And Outs Of The Service and More!