Check out details about the Global Citizen Festival

Approximately 260,000 people gathered on the National Mall in Washington, DC on Saturday for The Global Poverty Project and Earth Day Network’s Global Citizen 2015 Earth Day. The first Global Citizen Festival was assembled in New York’s Central Park in 2012, but this year’s event was bigger than ever and celebrated the 45th anniversary of Earth Day. A star-studded list of national and international artists performed throughout the sunny 75 degree day: No Doubt, Fall Out Boy, Usher, Mary J. Blige, Common, Train, My Morning Jacket, and D’Banj. The show was hosted by the artist will.i.am and CNN correspondent Soledad O’Brien. The entire festival was powered by solar energy from on-site panels. 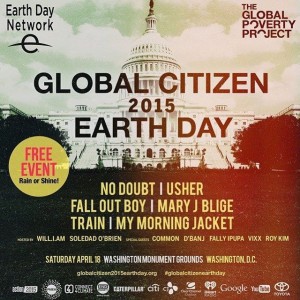 Most of the artists played a four or five song set, with the exception of Usher and No Doubt. Several of them chose to perform poignant covers, such as U2’s “One;” Usher sang “Come Together” as well as John Legend’s Oscar-winning Selma song “Glory,” where Common made an appearance.  Fall Out Boy sung their hit “Centuries,” and suggested that this generation needed to stand up for lasting change.

Usher performed despite a broken foot and with a solid gold crutch. Later in the day he announced that he was donating the crutch and the shirt off his back, literally. For a chance to win these items, he encouraged fans to download the Earth Day app and complete the five tasks that help conservation efforts.

The Global Poverty Project and the Earth Day Network have combined forces to strengthen the movement of end extreme poverty by the year 2030 and solve climate change. The DC festival was purposely timed to coincide with the spring meetings of the World Bank Group, which encouraged several countries to focus their charitable funds towards these two key issues.

Throughout the day, international dignitaries, global policymakers, industry executives, environmental and developmental NGOs, finance ministers, and high-profile artists came together in a massive call to action. The message was that poverty is sexist—more women and children live in poverty than men; all students all across the globe have the right to an education. Clean drinking water and sanitation is a global right, and there is a vital need for change in order to stop climate change. 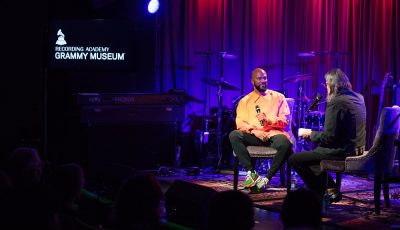 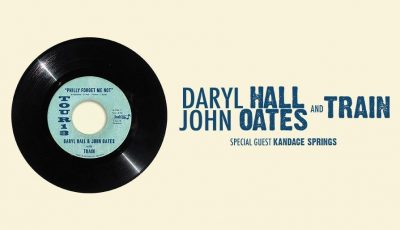 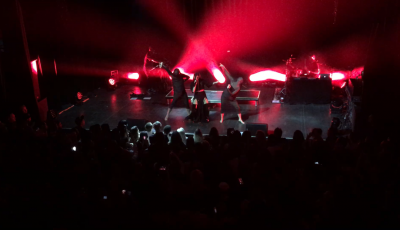