Bhakti Fest, the first and only family run devotional music festival in the West, will be returning to the Joshua Tree Retreat Center September 4-7th.

Known internationally for hosting the largest line up of kirtan music, master yoga instructors and spiritual teachers, Bhakti Fest is excited to announce its new partnership with the philanthropic organization EarthWe. This collaboration will bring conscious world music to the Bhakti Fest Stage for the first time in its’ stellar six year history. 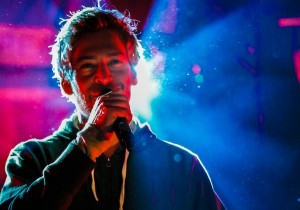 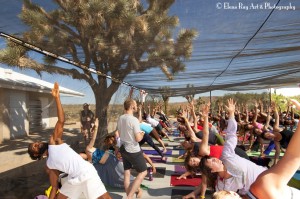 There will be two intensives offered at the event. A pre-festival “master class” with legendary yoga master Dharma Mittra on Wednesday, September 3 and a post-festival intensive with Saul David Raye on Monday, September 8. Intensives enable participants to extend their yoga studies and further immerse into the incredible energy that is Bhakti Fest.

The Bhakti Fest workshop offerings include the top Buddhist meditation teacher in the country, InsightLA’s Trudy Goodman, The Journey Home’s author and philanthropist Radhanath Swami, and breathwork phenomenon Michael Brian Baker. MBB’s class has been said “to provide a life changing experience.” As always Bhakti Fest will bring an exclusive interview with Bhakti Elder, and conscious icon, Ram Dass, whose book “Be Here Now” brought Eastern philosophy to the West in the 1960s. 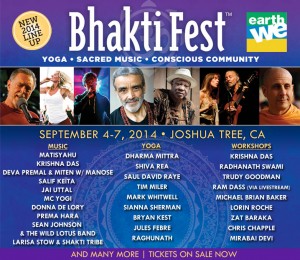 With a top line-up of musicians and yoga instructors, more than 60 conscious workshops, and 100 artisan vendors, Bhakti Fest offers the most heart opening, consciousness raising experience of any festival on the scene today. Attendees describe the Festival as “being immersed in the greatest conscious party you have ever experienced, filled with music, yoga, dancing, love, light, and heart centered community.”

About Bhakti Fest:
Bhakti Fest is a festival series that celebrates the devotional path that has its roots in yoga, kirtan, and meditation. It embraces ancient and modern sacred wisdom and traditional and non-traditional spiritual practices. All the artists, presenters, and vendors embody, practice, and share the spirit of Bhakti in a variety of ways, including continuous kirtan, yoga, meditations and prayer, workshops, fire ceremonies, an eco-friendly, holistic marketplace, healthy vegetarian cuisine, a wellness sanctuary including massage, bodywork, energy work, intuitive readings, and other unique life enhancing modalities. Bhakti Fest encourages the spirit of service and offers a work exchange program. The festival donates monies to a variety of non-profit organizations that provide food, education, and environmental beautification programs around the world.

Q&A with Danish Sensation, Sonny Fredie Pedersen – Where He Talks Fred Astaire, Dancing With The Stars And More!

As the Former Miss. Virgina and Now Songstress, Meghan Shanley Has A Lot to Say about The Music Biz! 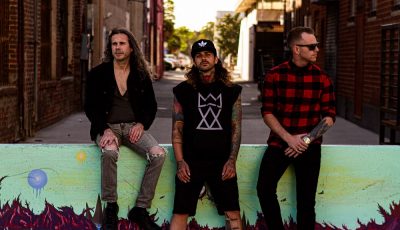