Comin’ all the way from Birmingham Alabama, St. Paul & The Broken Bones absolutely killed it at the Troubadour on Thursday, April 24th. 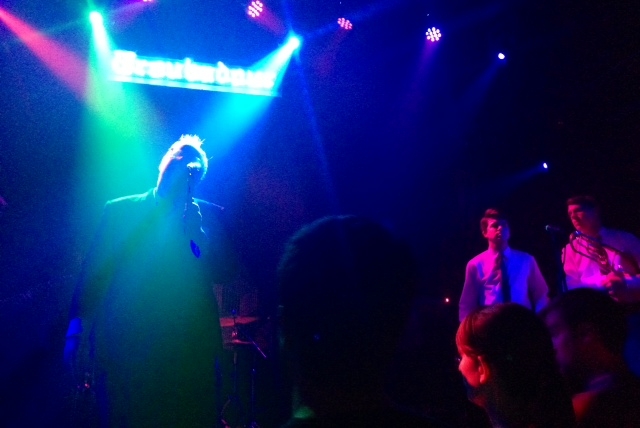 The singer, Paul Janeway, has a fantastic voice that gave everyone in the crowd goosebumps. I would have to say that he is one of the best soul voices out there right now.

My concert buddy and fellow All Access writer, Ed Brown, is a huge fan of soul music so I thought that I would let him take it away with his review of this superb show.  Enjoy! 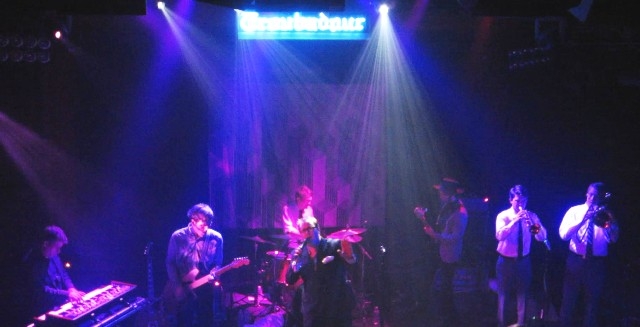 Having been raised near Detroit, I know full well and appreciate the power of great soul music as performed by the Motown, Memphis and Muscle Shoals masters.  Last week at LA’s Troubadour, the sold-out audience had the opportunity to enjoy that very thing, courtesy St. Paul & The Broken Bones, who performed their brand of Rhythm and Blues in a way that would make Otis, Wilson, Sam, Smokey and Solomon proud. 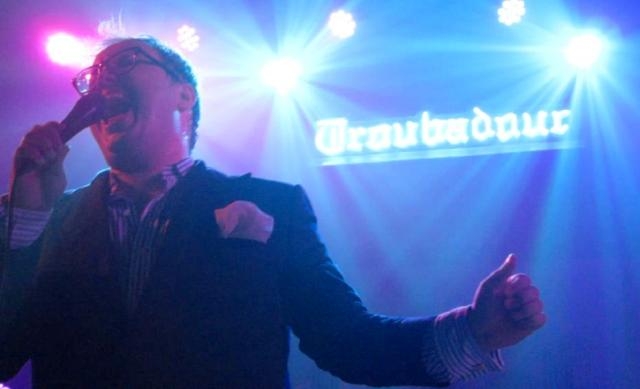 I first heard about this Birmingham-based band, through an interview on NPR, just before the release of their debut album “Half The City” (Single Lock/Thirty Tigers Records), produced by Alabama Shakes’ bassist Ben Tanner.  In the interview, singer Paul Janeway stated, “I learned more from preaching than I did singing in church… because you learn a little bit more about how to interact with the crowd — feeling momentum, just feeling that intensity — and it’s not a whole lot different than what we do now.” The songs featured that morning showcased his growling, preaching vocal style backed by a tight band and horn section.  I was impressed!

When the chance came to see them at their first-ever LA gig, I was not going to miss it. 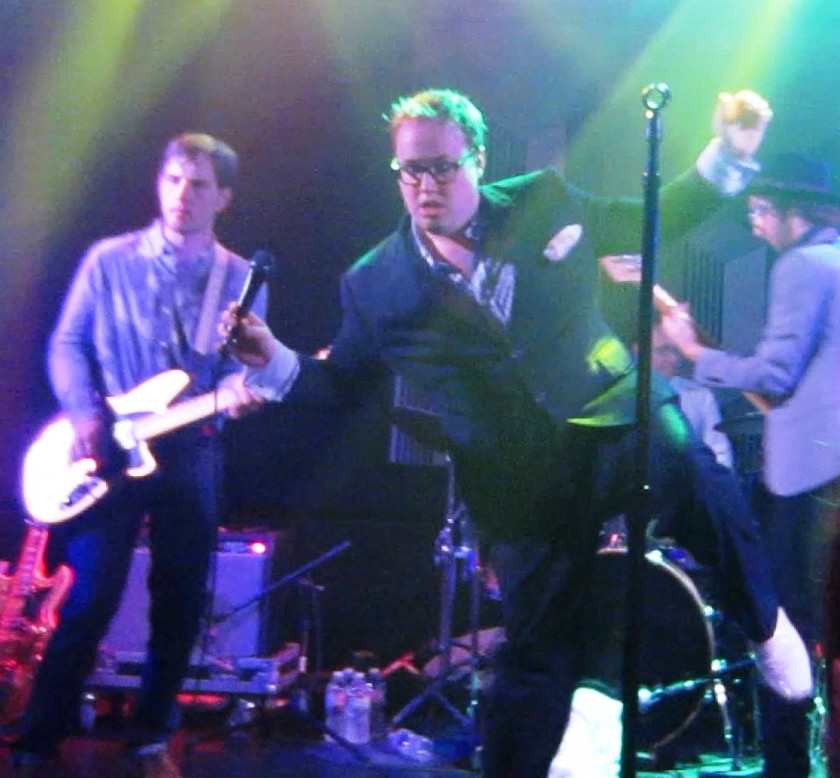 The opening number was a rollicking instrumental showcase for the Bones: keyboardist John Allen Gamble, guitarist Browan Lollar, bassist Jesse Phillips, drummer Andrew Lee, trombonist Ben Griner and trumpeter Allen Branstetter. Janeway then took to the stage, tearing into “Don’t Mean A Thing.”  For the next hour, we were soul-shaking, sweating our asses off, watching the former bank teller strut, shake his fist, and testify with the fury of a Sunday morning preacher, occasionally breaking into a little impromptu dance (feelin’ the spirit) or falling to his knees, pleading a la James Brown back in the day. 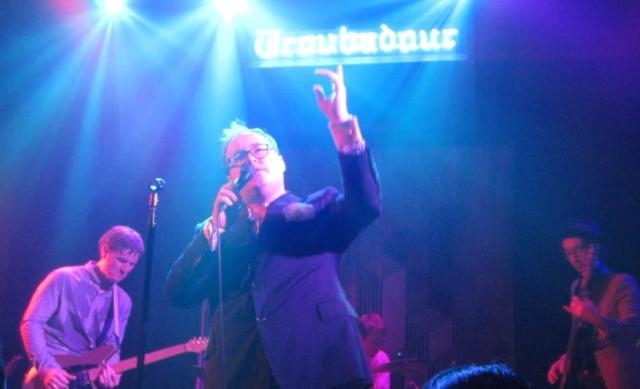 Highlights of the show included the album’s opener “I’m Torn Up,” “Broken Bones And Pocket Change,” their current single, “Call Me.” 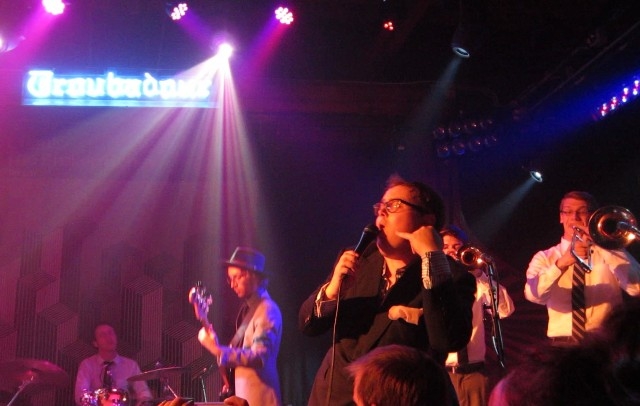 Telling the audience at one point that, with only one album under their belt, they’d flesh out the show with some covers, they launched into the first of several, a terrific take on Sam Cooke’s classic “Shake.”  Later in the show, we were treated to a wicked cover of Wilson Pickett’s “Ninety-Nine and A Half (Won’t Do)” and the set’s closer Tom Waits’ “Make It Rain.” 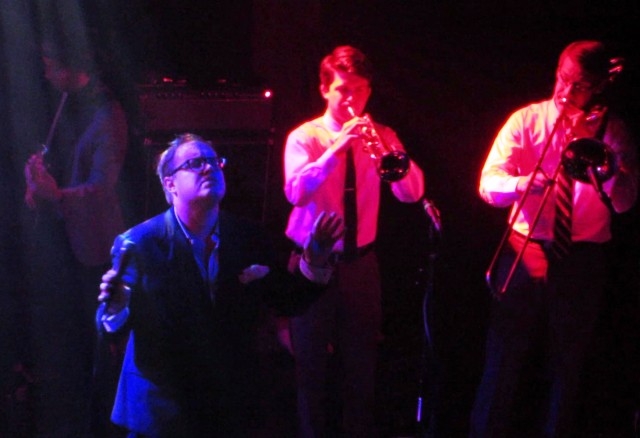 The crowd made it clear they wanted more and the band soon returned to thunderous applause and kicked into their last two songs of the night.  First up, a cover of Paul McCartney & Wings’ “Let Me Roll It” (and roll it they did!), which was followed by rendition of “Try A Little Tenderness” that gives this writer chills, just remembering how fantastic it sounded.  It was as if Janeway had been taken over by the spirit of Otis Redding. 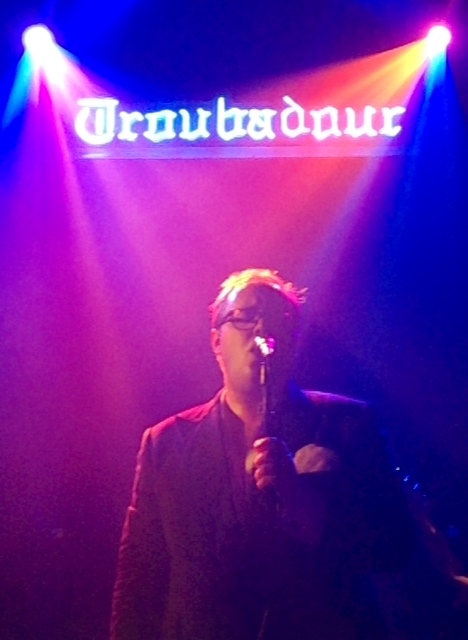 Electrifying.  Exciting.  It’s easy to see why St. Paul & The Broken Bones made Rolling Stone’s list of “48 Best Things We Saw At SXSW 2014.”