Singer-Songwriter, KASHISH, Talks About Her Breakout Anthem, “Stronger Together”, Performing It at Marches This Winter and A Lot More! 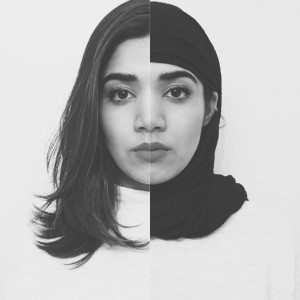 Kashish is a socially conscious R&B/ pop singer-songwriter hailing from the city of Brotherly Love. As a songwriter, Kashish draws inspiration from her everyday life and her inner most personal thoughts and uses it to add a fresh twist to her music. In early 2015, Kashish released her first official music video, covering Haunted off Beyoncé’s self-titled record. Her take on the pop hit garnered a lot of attention and served as a launch pad to announce the release of her first EP. The Hype, released in May of 2015, combines strong, driving beats with Kashish’s powerhouse vocals. Kashish released her second EP, With Love on May 2016 on all digital retailers including Spotify and iTunes. The music video of the EP’s single, Glass, was featured in Rock on Philly, The Key, and WKDU.

Since the release of With Love, Kashish has focused her attention on spreading positivity through music by performing between New York City and Philadelphia. Kashish was moved by the past Presidential election and was driven to write and record, her latest record, Stronger Together. The song premiered on MissMuslim, a publication dedicated to breaking stigmas around Muslim men and women, on December 8th, 2016. All proceeds for the download of Stronger Together are going to the American Civil Liberties Union. Kashish hopes to use her music to inspire audiences around the world.

Learn more about Kashish in the following All Access interview:

Thanks for your time! What are some words you would use to describe 2016 for you and your music? What were some of the highlights? What are you most excited about for 2017?

Hey thank you so much for having me! In 2016 I finally felt confident enough to have an opinion in the studio, which was a HUGE step for me. So the words I would use to describe 2016 would be experimental, adventurous, and spiritual. I would definitely say that releasing my second EP, With Love, was one of the best highlights of last year. What I am most excited about this year is continuing the momentum that I had from last year, and releasing more music.

Growing up, did you always want to be a musician? Can you recall your earliest musical memory? Could you see yourself doing anything else today?

I vividly remember the first time I decided that I wanted to be a singer. I was 3 years old and I was looking in the mirror and singing along to Michael Jackson’s, “Earth Song.” My mom was watching behind me and after the song finished and I turned around and said, “I want to do that.” She thought it was a phase, but once she realized that I was not letting go of that dream, she decided to enroll me in some vocal lessons. The rest is history. I do not think I could do anything else that doesn’t involve music. I am in love with the music industry and I am in love with music.

I’d love to know more about your single “Stronger Together” and how it became the anthem that it is today? What was it like performing it at the NYC Women’s March and the No Ban No Wall march in NY? Do you have plans to perform the song anywhere else soon?

So “Stronger Together,” is definitely one of those songs that I will never get sick of singing and it’s because it is powerful to me. I was so devastated after this past election, and I felt incredibly alone in my sorrow.  So the night after, I sat in my room after a full day of tears, and just started to write, and the first lines that came out were, “I wasn’t ready for this sadness, I wasn’t ready for these tears.” Luckily my producer was visiting New York the next day and we finished the rest of the song within an hour. I think this song resonates so well with so many people, because it came from such a genuine place of confusion, & pain, but it also reminds people that they are not alone in that feeling.

Performing at the Women’s March on NYC was insane. I didn’t expect to see that many celebrities there, I didn’t even expect to see that many people there. Not even the organizers knew how big this march was going to be! So we were all shocked backstage when we saw a herd of pink hats in the crowd. I have to say performing for all those beautiful people was really empowering. I was definitely scared, but when I started looking at the signs and the marchers singing along, it truly humbled me. I think the No Ban No Wall march was when I really got choked up. No executive orders were signed during the Women’s March, but the No Ban No Wall March actually hit close to home. I definitely caught myself crying at that march while listening to people speak, and I even almost cried when I was singing.  So although both protests were moving, they both moved me in different ways.

I plan on singing “Stronger Together,” in as many rallies as I can, because I feel music brings another level of togetherness, and peace amongst the audience.

I understand that all the proceeds of the song are being donated to the ACLU. That’s amazing! Can you talk a little about your involvement with the ACLU and why it is so important?

So I released the song December 8th, 2016, and initially I was just going to release it and that is it. But then I thought why not do something great with the proceeds?  That is when I started speaking with my team, about organizations that take on all minority issues and we all unanimously agreed that the American Civil Liberties Union would be the one to donate to. They fight for everyone, not just for one group in particular, and that is why we chose them. At this point in time every minority as to stick up for one another, and it can’t be just a LGBTQ issue or just a Muslim issue, any issue with any minority is on us.

Since I am a big Beyonce fan, I must ask you about your 2015 cover of her song, “Haunted.”  Why did you decide to cover that particular Beyonce song?

Yes, you are part of the BeyHive! She is my absolute everything. When I first bought the visual album I listened to every song at least 100 times over, and at the time “Haunted” and “Mine,’ had been two of my many favorites, so we mashed them up! This was the first song that I worked on with my producer, Perry Longo. Mind you, we have both come a long way since then, but I am still incredibly proud of that song, and that video. 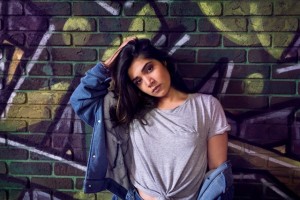 How do you think you have grown as an artist since you put out your first EP? How has your sound changed since even your second EP, “With Love”?

I have grown significantly since my first EP. When I first released, The Hype, I was too scared to voice my opinions. I had been working with another producer before Perry, and we didn’t mesh well. I worked with a songwriter, who was fantastic, but her style was different from mine. So I definitely just wanted to release music to release music at that point because I had been sitting with that EP for about a year. “With Love,” was very different, in the sense that I had a better direction of where I wanted to go. I am still growing as an artist and a brand, so my music now has changed again; we are headed in a more dark pop sound.

Do you have any touring plans in your future? Where can people see you perform next?

As of now I am in between cities, NYC and Philadelphia. So I am primarily performing in both. I do not have a plan to tour as of late, but who knows it could be a possibility as early as the end of this year, or as late as next year. It really depends on where I am. My next performances are a bit random at the moment. I have been performing at a lot of the rallies in NYC, so if you follow my social media you can find out which rally I’ll be performing next.

Who are some of your favorite musicians? What musicians would you love to work with in the future?

Obviously Beyonce, Rihanna, Lady Gaga, Adele, The Weeknd, & John Legend. But I have been really into this new artist called H.E.R. I also love Banks, she’s probably one of my favorites because she experiments so much with music. Her production is insane, her songwriting is dripping with emotion, and I could only hope to be as good as she is. She’s definitely a unique artist in that way, and I would love to work her or any of my favorites in the future.

I just want people to feel. There is nothing like listening to a song that puts your feelings into words. Whether it’s pain, or pure happiness, when a song hits you like that there is no better feeling. That is the purpose of my music.

I have a music video coming out for “Stronger Together!” We do not have a release date yet, but you can keep up with all of my releases @kashishmusic. I am always working on new music including a few collaborations.  If you see me around make sure to say hi, I love connecting with new people.

An Interview With The Vancouver-Based Band FIVE ALARM FUNK!