“If there was one message that a listener could take away from me or my music it would be love. And it would be love for everyone, everywhere, and especially love for enemies or people that have different opinions. There’s so much good in this world, still. We just need to shine light on that.”

Nashville-based – yes, that Nashville (much more on that later) – reggae rock unit Roots of a Rebellion is planting sonic seeds of love, hope, unity, forgiveness and harmony with the release of its third studio album Shapes of a Soul, available now. The 15-track collection tackles thorny subjects such as the uncivil political discourse currently infesting the country, while offering the healing prescription for what ails society as a whole – music as medicine.

I spoke with singer and main songwriter Austin Smith just days after the band made its debut at the Cali Roots Festival in Monterey, California. Typical for a hard-working band like his, Smith spoke with me from a tour stop, in this case, beautiful Eugene, Oregon. Current tour dates run through August 1st. 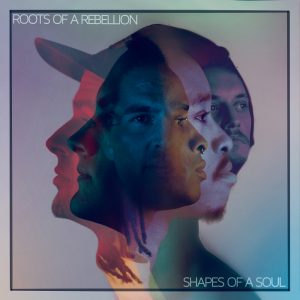 Let me kickoff the conversation by saying, in my opinion you guys are the epitome of why Nashville is known as music city and not just country music city.

Well, that’s refreshing to hear you say that. Thank you, man! A lot of people don’t know.

Yeah, exactly. So, for those people just getting to know you guys, describe your band’s sound.

Why do you believe your band’s name, Roots of a Rebellion, best represents your music?

Because we’re representing another side to Music City, USA, which is, you know, Nashville is typically known for country music, but in the last ten or so years it’s really branched out into more rock music, with The Black Keys and Jack White moving there. And there’s so many scenes besides country music that it gets completely inspiring to be submerged in it all.

Let’s jump into the new album here. The third studio album, Shapes of a Soul. So, the album kicks off with the title track, which includes the line, “I don’t care about money/I don’t want to fight/I’m here to build something/we need all hands to climb.” So, what are you here to build and what are you climbing for?

I’m here to build a movement of positive vibrations that are against the status quo, or the norm, and it’s really just about reaching within myself to find the light inside so that I can shine that upon others. And then in times where I can’t find the light, reaching out to others for that light. I mean that’s really what Roots of a Rebellion has been about since the start. Make positive music, and hopefully music that inspires people to do some good in this world.

We need more of that. The first single “One Thing” is, in my opinion, a straight up love song.

What can you tell me about this track?

That is a straight up love song that I wrote two years ago when I was falling in love with my current girlfriend. When I get my stuff together, I’m gonna propose to her. And she knows that, and our families know that. It’s just a matter of when and where. And I actually wrote that song with a great songwriter in Nashville by the name of Chris Gelbuda, who’s written with The Revivalists and Meghan Trainor and a couple of other country guys. So, this is really me stepping out and writing with a professional guy who writes – I don’t know – a song a day or more. I just kinda wrote it in about three or four hours. We got a music video coming out soon. The music video is just me and my girlfriend hiking at our favorite waterfall spot in Tennessee.

(Laughs)! Yes, exactly. I don’t wanna get ahead of myself.

You guys have certainly shared stages with countless heavy hitters here, man. Slightly Stoopid, Iration, 311, The Wailers, just to name a few. Again, for those who have yet to catch the live show, give us a preview of what they’ll experience on the current tour.

You’re gonna be experiencing some old favorite songs that we’ve been playing for seven years that we feel like still have a valid message and a valid feeling that hopefully strikes a chord in your heart. And then we also got 15 brand new songs on this record that we have been itching to play for the last couple years. So, we are very excited about this new stuff. Right now, we all couldn’t be more proud of this record and just the vibe and the energy of this band. We try to bring people into the family.

Moving forward in the conversation here, but let me take you back to when, I guess, it all began for you. What was the spark that, I guess, lit the fuse that made you want to play music? Was there a song you heard? An album you listened to? A concert maybe that you went to where afterwards you said to yourself, that’s what I want and maybe need to do for the rest of my life?

Yeah, I mean I’m blessed that I grew up in a family surrounded by music. My dad used to be a folk singer in college. My mom is really into musicals and show tunes. My brothers were really into jam bands like Phish and The Dave Matthews Band. My sisters were into the Indigo Girls and The Cranberries. So, I was really just immersed in music. I started taking piano lessons with my mom sitting by my side when I was five. I found myself late to those piano lessons because I was awestruck outside the guitar instructor’s room, just staring at the guitars (laughs). Along the road, I started writing songs when I was, I think, ten. That was coupled with the fact that I would go see live music all the time and really got into Jack Johnson and John Mayer, when he was starting out. I think when I discovered John Mayer when I was about 12 or 13, I’d learned every song on every album, and started really taking songwriting seriously. And just had that feeling that I really wanted to make a living doing music – or making a life out of music.

A couple of fun questions before I jump back into the album. First one: if Slightly Stoopid and Iration are playing on the same night in the same city in which you are in, which show would I see you at?

(Laughs) Well, I just had the privilege of seeing Slightly Stoopid the other night at Cali Roots, and I hadn’t seen them in probably three or four years. Since we played with them in Nashville. It was amazing! So, I mean, I’m still on a high from that set alone. And just their energy and their ability to control the crowd and hype up the crowd. So, I think for me personally I’d go see Slightly Stoopid again (laughs) just because it was so good.

Another one, really quick. Which completely guilty pleasure song are you willing to confess to turning up to ten in private?

(Laughs) Who is the song by – there is a Christmas song by a country – I think it’s by Kacey Musgraves, and it’s, I hope you have “A Willie Nice Christmas” featuring Willie Nelson (laughs). That’s just the first guilty pleasure that comes to mine, but around the holidays I couldn’t get enough of that song. It just made me smile. I probably wouldn’t tell many – or anybody – (laughs) that, except for my girlfriend knows that because I was pretty obsessed with that song and I love Willie Nelson and thought that was a really cute, and funny little Christmas song.

A couple more (questions) on songs on the album. On “Creatures” you sing, “Music is the flag and I’m pledging my allegiance.” Music aside, what else are you passionate about? 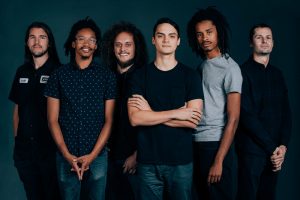 Your answer here is a perfect segue to my next question, and I think the next song. I’ll start it this way: man, do we need the message you’re conveying on the song “The Message” during this – as you pointed out – polarizing period in the history of this country. The line that stands out for me is, “Enough talk about us versus them/let’s talk about you and me my friend.” Again, as I said, we need this song, so tell me a little bit more about the writing of this one.

If there was one message that a listener could take away from me or my music, it would be love. And it would be love for everyone, everywhere, and especially love for enemies or people that have different opinions. And I think along with what I just said about the media trying to keep us apart, I think there’s so much good in this world, still. We just need to shine light on that. And we really need to learn to have a conversation with people that we don’t agree with. That is what love is to me. There’s four kinds of love: there’s our family, there’s our friends, there’s our romantic love and then there’s just the mystical love of, whether its Mother Nature or music. And I try and focus and meditate on those four types of love in my life. I couldn’t feel more blessed and more inspired in this time, so I just hope that I do my job of passing that light and that love onto anyone who’s willing to receive it.

Amen, and well said, brother. I’ll wrap our conversation with the album-closing track “My Friend,” which I would describe, sonically, as a hymn, and lyrically, as stirring and moving. That me. How would you describe it?

Yeah, that’s our bass player Adam (Quellhorst), and I love that song. I’ve loved that song since he first sent that demo in. We narrowed these 15 songs down from 40 songs – and it was a very difficult process – but that one was top five on all of our lists of voting, because of what you just described. It’s just such a beautiful conversation that Adam’s having with himself, in that song, that I think anyone can relate to. I mean, I think it’s a perfect way to end the album, and just tie the ribbon on the package and the gift that is Shapes of a Soul.

And a great way to end the conversation.

As you can tell, I’m a lyric guy. I tend to dig deep into the actual words in songs. Imagine that (laughs).

An Interview With The Rising Artist, DESURE On Going From Midland’s Tour Manager to Managing His Own Tour!

An Interview With The Promising Singer-Songwriter, TANIS! 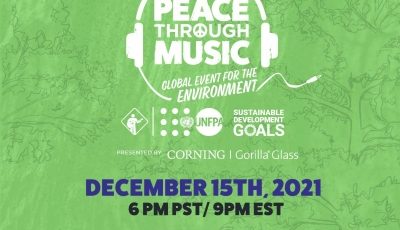 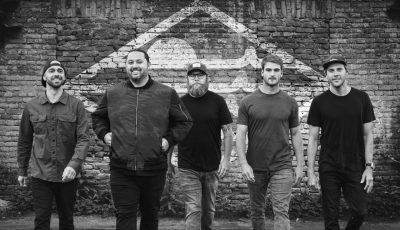