Check out the All Access Rock on the Range Music Festival Wrap-up.

Over 70,000 fans packed the sold out MAPFRE Stadium in Columbus, Ohio for the Rock on the Range Music Festival.

Friday’s highlights included Apocalyptica for fans of cello-metal,  The Dillinger Escape Plan for the hardcore kids who grew up, Live who have a new lead singer, Islander for post-hardcore fans, VAMPS for those with a flare for the dramatic, Dangerkids for fans of local-gone-big time, and Slipnot didn’t disappoint anyone in the stadium (many were disappointed with Marilyn Manson’s lackluster performance).

Saturday’s rainfall did slow down the rock, as fans ran to hear the debut of the brand new band Saint Asonia. Screaming for Silence, Like a Storm, Red Sun Rising, and From Ashes to New played as the storm clouds gathered. Of Mice & Men got their performance in just before the first downpour. Scott Weiland and the Wildabouts left people scratching their heads because Weiland did not look well. Nonpoint got the crowd back on its feet in no time. In Flames made sure to keep the party going, even in the rain and Papa Roach reminded fans just how many hit songs they already have under their belts. Godsmack put on an action-packed performance, which included a long drum duet that was very impressive. Sadly, many fans left after this performance, choosing to miss Judas Priest who rocked the stadium to its core.

On Sunday the ladies ruled the main stage with performances by Halestorm and The Pretty Reckless. Other highlights included Anthrax, Motionless in White, Tech N9ne, and Rise Against. Linkin Park put on an incredible display of showmanship, technical ability, and visual delights.

Be sure to check out the Rock on the Range website for information about next year’s show when it is released. 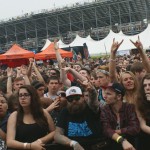 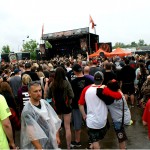 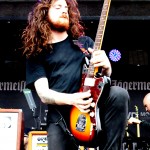 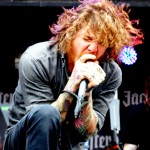 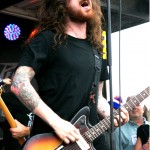 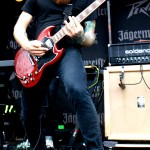 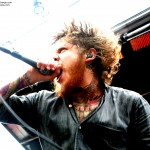 JENNIFER WARIS: CoverGirl Model, Promising Singer, Latest Opening Act to Join Kelly Clarkson’s Upcoming Tour and Much More Chats With All Access About It All and More!