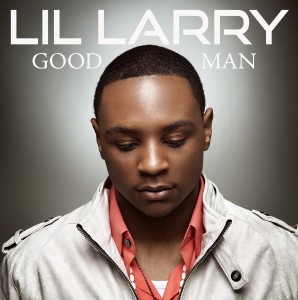 Lil Larry started performing and singing at a young age….really young. He made his debut performing Wonderful World and I Feel Good at the age of four on a beautiful summer night in Monaco.

The audience included Prince Rainier and Prince Albert and a host of people from around the world. He was so entertaining, he was asked to sing at the world famous Jimmy’z, landing him on the front cover of the local newspaper with comments from Prince Albert, Eric Clapton and Ringo Starr. People were wondering, “Who is this kid?”

His influences range from Michael Jackson to Usher to Justin Timberlake. He’s a student of today’s music. Lil Larry is creating music that comes from his heart. He has spent all of his life waiting for this moment and he’s not going to waste it.

He came to the attention of Mike Curb, Chairman of Curb Records, who immediately signed him to a record and publishing deal. When asked about Lil Larry, Curb replied, “I’m interested in an artist that has a commitment and passion for what they do. Lil Larry is all of that and more.” 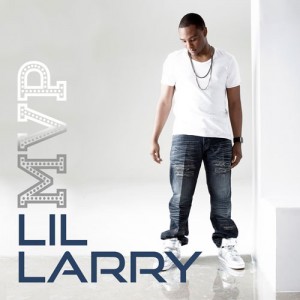 Two of Lil Larry’s songs “MVP” and “End Of The World” were licensed for (two episodes) of Love and Hip Hop Atlanta. “MVP” was licensed for an independent movie scheduled for release this year.

All Access Music Group writer, Nicole DeRosa got to ask this talented young singer a few questions. Check out their Q&A below: 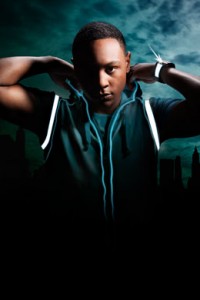 How would you describe your music to those who have not had the pleasure to be introduced to your sound yet?

I would describe it as energetic, smooth, melodic, soulful, and dramatic. I try to tell a story. With that said, my music will not only make you “feel good” but “think” at the same time. So when you listen to my music you are getting to know me in a nutshell; my music is who I am.

I grew up in Dallas, TX. The south has a good vibe to it. It is laid back but at the same time it is full of life and soul. It makes you always come from your heart and be sincere when you deliver your music and story.

What’s the vibe of Lil’ Larry? What could we expect at your shows?

I am a cool laid back person, and shy at times, until I get to know you then I am goofy and fun to be around. But when the lights come on and it’s SHOW TIME; You will get 200% of my heart and soul! Genuine spontaneous showmanship and vocal purity! Something that you will always remember and will want to come back for more!

What’s your favorite song that you guys have written and what was the influence?

Wow! That is a tough one. Every song I create and have written is special to me and has a special place in heart. If I had to choose one I would say “Traces of You” written by myself and Mario “Rio” Moore. It is based on a guy that is just getting out of a relationship, and in a sense, he is trying to find his way back into the regular routine of everyday life. While doing that, he finds himself seeing the things he has done with his significant other everywhere. His mind begins to play tricks making him think he is seeing her but in all actuality he is just reminiscing on the good times they once had.

The first piece of music I fell in love with was “I Feel Good” by James Brown. It was something about the beat and the energy of the music. I wanted to sing and dance all night. It made me feel good.

Hands down! I would want to meet Michael Jackson! He was one of the greatest entertainers of all time and one of my all-time favorites.

I would take him to the studio, rehearsal hall, and live show because I would love to see him work behind the scenes; see and experience his work ethic and how he did things; and feel the energy he feels when he is creating magic as a musician and artist.

Believe it or not, I would ask him about the business end of music as well as creating music, which he was a genius at both. What he looked for when he making a song; how he mastered longevity in the music business; how he mastered “branding” on himself to appear larger than life; and so on. It would be a once in a lifetime experience that I would take every opportunity to be a sponge and soak up every bit of information and knowledge that I could from him!

How has the tour been so far? How has life on the road been treating you all?  Can you share with us any memorable stories from the road?

The tour is GREAT so far! I love meeting new people and being on the road seeing new places. Life on the road is a lot of flying, driving, eating, and no sleep! Lol  Overall, I love what I do and would not trade it for anything in the world!

One memorable moment, my band and I were in L.A. and we had just finished a showcase the night before and we were all excited so we stayed up pretty late. The fact that we had just left Texas we all had our watches set to two hours early. So we ended up running down the hall knocking each other over because we thought we were late and we had missed our flight but we were actually early! Lol It was literally a scramble lol

Here’s another fun one. If you were on an island and could only bring 3 things, what would you bring?

Radio transmitter, Chef (that can fish and hunt lol), and fire starter. (lol this is a good one!)

What is in your current music playlist? Any guilty pleasure songs?

My guilty pleasure song would be: What The Fox Say! Lol Super catchy and gets stuck in your head lol 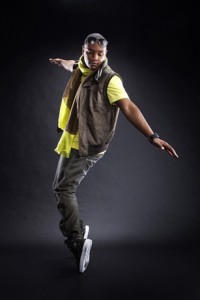 Do you have any hidden talents we don’t know about that you would like to share with our readers?

My hidden talents…I actually play drums and know a little bit of saxophone.

What’s on tap next for you this year?

I’m currently out on the road playing my new single “Good Man” for some stations in TX (my home town). I also plan continuing to perform and tour throughout the United States. I plan on releasing more songs and an album. Most of all staying on course, continuing to work hard and reach all my goals!

To keep up with Lil Larry and his upcoming tour dates, visit his website here

Beyonce and Jay Z Create The Perfect Musical Team on Their On The Run Tour at The Rose Bowl!