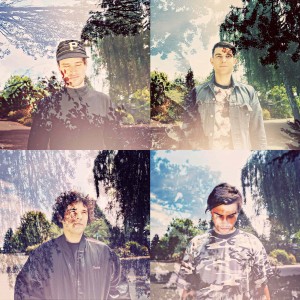 Bardo is a transitional state of being, the phase of existence between death and rebirth. It marks the end of one thing and the beginning of another. It represents an evolution, which is why the title of White Arrows’ second album, In Bardo, is so appropriate. The Los Angeles indie rock band found themselves in a new plane of being after touring extensively since their inception, finally grounded enough to create a cohesive work that reflected the musicians’ present mindset.

White Arrows, a five-piece who met in Los Angeles, began touring almost as soon as they formed, hitting the road with Cults, White Denim and The Naked and Famous, and performing at festivals like Coachella and Sasquatch. The transitory, continuous nature of touring meant that their 2012 debut album, Dry Land Is Not A Myth, was created in bouts, pulled together over the course of almost two years. After Coachella last year, the band finally returned home with no obligations set out before them and allowed the creative process to take them whenever it would.

Certain thematic elements were circling the music, even as Mickey wrote some of the lyrics in a stream of consciousness fashion. He found that death, sex and religion were always present, always around him, and those ideas sunk into the music on In Bardo itself. The songs are darker and deeper than those White Arrows have created previously, threaded together by these omnipresent and sometimes unconscious themes.

For White Arrows, In Bardo is the transition. It marks the end of one thing and the beginning of another. The songs, from moody album opener “I Want A Taste” to surging standout number “Leave It Alone” to the evocative two-part closer, represent the musicians’ current mindset and inspirations, pulled cohesively together by their succinct process of creation. It is, as Mickey says, the band’s real introduction into the world. 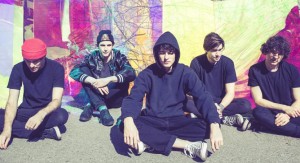 Hi Mickey! How are you? What’s on the agenda today besides our interview?

Hello. We just got finishing rehearsing downtown. We’re getting ready to play this Beach Goth festival on Saturday. I also jammed with a friend on the Westside, and John-Paul ran to the valley to pick up a snake.

How did your musical journey begin for those not cool enough to have heard of White Arrows already? Where are you guys all from and how did you all meet and know you wanted to start a band together?

I started out playing piano, and writing pretty silly songs that I would never, and will never show anyone. I never had any intention of playing music or being in a band, but one day while I was going to college in New York, a few years back, I went to a friends apartment extremely delirious from the night before and started messing around on this little battery powered Casio keyboard.

He said, “Hey thats cool, let’s put it down.” so we did. Then we added more things, and put on a melody. I wrote some lyrics, and we were both surprised at how it turned out. That song was ‘Coming or Going’ the only song from the “New York demo-ing days” that ended up on our album.

We put that song up online and it immediately got blogged about by Nylon, and some other blogs and we were getting emails from 7inch labels and managers. That gave me at least a small push to give it a try since I had no fuckin’ idea what I was going to do after college. So I graduated school about a year later and moved back to LA to form the band with some friends. Andrew was working at a major studio doing engineering and we had really great chemistry in terms of writing and music taste. We started writing a lot together. We would also not be anywhere without John-Paul. He’s the glue.

Tell me about your latest single, “We Can’t Ever Die.” How did that song come about?

Andrew and I were writing, as we do, at my house in the basement and we were building the track just messing around. A lot of the themes going on in this album have to do with religion, sex, and death. But not death in a bleak way, more like a circle of life kind of way. 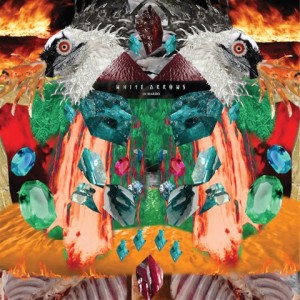 How was making your new album, In Bardo, different from your 2012 release, Dry Land Is Not A Myth? Do you go into the studio knowing what you wanted the record to sound like or was it a gradual process of putting ideas together to create the vibe?

For one, it was our first time recording in a proper studio and not self producing. We still demoed the same way we wrote, Dry Land, but now we got to take it to Jimmy, our producer, and he had a fresh perspective and manned the controls. Also since the themes are darker and a bit heavier, they matched what’s going on my life right now, they ended up having that thread through the songs.

These songs are heavier and more guitar driven too, and that’s in large part thanks to having Jimmy, and a great studio with great gear. In Bardo kind of represents our journey and finding ourselves.. not the least of which was the culmination of this album.

Mickey, you studied Shamanistic rituals and read a lot of Native American and South American literature and essays while attending, NYU. What got you interested in that? How has your studies influenced your songwriting and music?

I was assigned an advisor named Barnaby, who happened to be a shamanistic rituals: right of passage professor, so because I was his advisee, he advised me to take his class. A bunch of wide eyed freshman in New York for our first time. Many of having absolutely no clue what we wanted to be, or what we wanted to study or major in (myself included). The room was full of us nervous kids, and the teacher was nowhere. Barnaby was nowhere. 10 minutes passed. 15 minutes….

Then finally two people burst in the door covered in dust and wearing doctors masks. Barnaby said, “True story, true story (as he often did) I just got back from Burning Man… Janis Joplin was in eagle form flying over the RV the entire way back.”

Coming from the most rigid high school where I got suspended for my hair being too out of control, this was eye opening. So I stayed close with Barnaby, and learned about that stuff. I think everything as mundane or as profound as it can be influences you, but I try to not over think what does or how it does… Maybe just the fact that shamanistic ritual is all about opening the portals and that’s kinda what you hope to do when you make art— cross some kind of imaginary boundary of subjectivity that means something.. I don’t really know.

What was the first song you fell in love with growing up?

Well the first piece of music I ever purchased was Warren G & Nate Dogg “Regulate” single on cassette, so I guess that must’ve been my first song that I fell in love with.

Which musicians or bands are you currently listening to and inspired by?

I’ve got a mix going on that’s got “The Ecstasy of Gold” by Ennio Morricone from The Good The Bad and The Ugly score, and I also have this Eric Satie piece – Gymnopede no. 1, The Mynah Birds which is Neil Young and Rick James band together when they were teenagers. 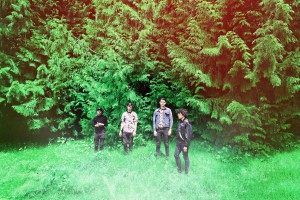 I had the pleasure of seeing you guys a few years ago when you played in my old neighborhood in Silverlake at El Cid! You have come a long way since then! You have been fortunate enough to see a lot of the world on tour. What was one of your most memorable shows to date so far?

Holy shit! That was like our first show ever. I hope you come see us now..it’s much different.

“Coachella was mind blowing just because we all grew up going to that festival and I grew up sneaking into that festival when I was 14 hitchhiking with older kids from my school.To be able to have an artist pass, and have it be legit was psycho.”

Also, the tour of Australia was beautiful. Recently, we got to play the Greek opening for the Neighbourhood which was really special. There have been peaks.

Since White Arrows debut tour, with the band, Cults, you have also toured with White Denim, The Naked and Famous, !!!, Santigold and The Neighbourhood to name a few. Who else would you guys love to tour with and or collaborate with next?

There are a lot of cool people. Some of those people on my mix would be cool to play with. Would love to work with a lot of different kinds of producers… maybe someone like Arca, or Airhead, or Jeff Bhaskar, or some other genres to see how it meshes together when we collide.

What’s on tap for you guys next? What are you most excited about for this year?

Well the album JUST came out, so who knows whats going to happen … but we are about to headline a tour of the states, and shoot some music videos.

To stay on top of the latest with WHITE ARROWS, visit their website here .

The Indie-Rock Band, Cloud Cult, Discusses Their Fall Tour and Why They Chose To Develop, Earthology, a Green Friendly Label 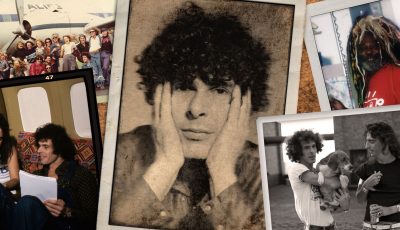