Q&A With Los Angeles Band, We Are Kings and Queens Who Mix Heartfelt Vocals With Ambient Sonic Soundscapes. 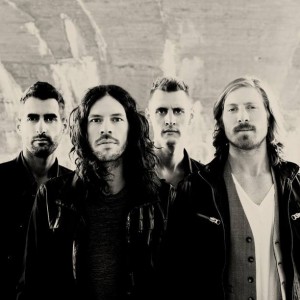 Their sound has distinct European influences (Catherine Wheel, Spiritualized, Radiohead) but has developed its own vast, cinematic rock sound, often characterized by songs that begin with raw, heartfelt vocals and ambient sonicscapes that build slowly to resonant melodies and arena rock finales.

All Access Music Group writer, Nicole DeRosa got to chat with Jonathan Mahan of We Are Kings and Queens to find out more about this talented and eclectic up and coming band: 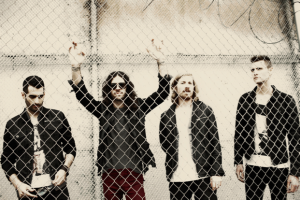 How would you describe your music to those who have not had the pleasure to be introduced to your sound yet?

Real.  There is a quality to our music that draws you in and gives you a little break from your own life to listen to a little bit of ours.  It’s definitely immersive.  If you put on some headphones, crank it up, and soak in the sound I guarantee you’ll fall in love.

Where did you all grow up? How did your location influence your style?

That’s really all over the place.  I personally grew up in Nashville.  I think that Nashville opened my eyes to really great songwriting because there was so much of it around me.  Our bass player, Vincenzo Marranca, grew up in Sicily.  Our lead guitarist, Ben Hancock, grew up in Portland, Maine.  Our Drummer, Andrew “Smitty” Smith, grew up in Boise, Idaho.  And our Guitar/Keys player, Sam Bird, grew up in Kentucky.  We all came to LA to find our place.   I think being from all over influences us to be seekers.  It pushes us to not settle.  You can hear that in the music.  We’ve really pushed beyond the initial ideas or concepts of songs and crafted beautiful works of art!

What’s the vibe of your EP?

Loss.  Grief.  Hope.  I was really going through a lot of big life changes when this EP was written.  I think you can feel that.  It’s up and down – the rise and fall of life.

What’s your favorite song on the album and what was the influence?

That’s a really tough question because I like them all in such different ways.  And it depends on what mood you catch me in.  I think generally I like “Decide” the best.  It’s such a song of hope.  It’s the classic phoenix tale of rising from the ashes to soar through the sky.  It feels so empowering to me every time I hear it.  And it’s a marker in my own life of when I made the decision to pursue music full-time and put this incredible band together.

Probably some country song.  Country ballads were just beautiful.  Take something like “Whenever You Come Around” by Vince Gill.  I was 12 at the time.  Just starting to get into the whole concept of love.  And feeling it so strongly.  A song like that was exactly how I felt.  It spoke directly to me.  I think maybe that’s what influenced my straightforward lyrical style.  Just realized that while writing this!

If you could meet any musician that isn’t alive anymore, who would it be? Why?

Jeff Buckley.   What an amazing voice paired with someone who could translate life in such a delicate way.  I’d just want to hang around with him for a while and do normal day to day stuff.  See how he feels about it all.  I bet he had fascinating perspectives.  We would probably smoke a lot of cigarettes and talk about how we shouldn’t.

My gal, my guitar, and my son.

What is the funniest thing that has happened to you recently?

I was cursed at by the gas station attendant that didn’t have very good English so it all became hilarious to me. 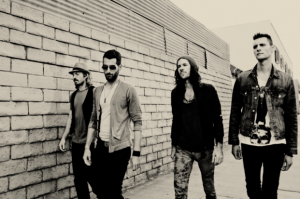 Being in a band, you spend ALOT of time together. Would you like to share the latest quarrel with us? ; p

We fight about small stuff.  Dishes, leaving stuff out, general disorder.  The guys would probably say it was in rehearsal.  I think I’m generally kind of a hard ass.

What types of things do you do when you are not playing music?

I love to hike and be outdoorsy in general.  I love spending time with the family.  Basically all of the best things in life that don’t involve work and stress.

They will remain hidden…

I feel a lot of success headed our way.  Not in any specific way but in a general sense.  Lately, we have had so many people/fans tell us that they envision us on a huge stage in front of a giant crowd.  Coachella and Glastonbury have been mentioned.  And once you start to hear that you dream it.  And all of a sudden everyone is contributing to the same dream and it happens.  I feel we are somewhere at the beginning of that magical journey. 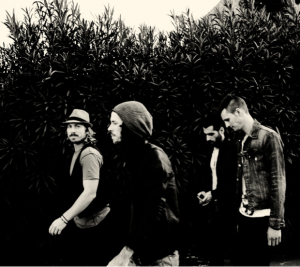 Visit We Are Kings and Queens here

The Eclectic Sounds of KP And The Boom Boom Are Revealed In This Q&A! 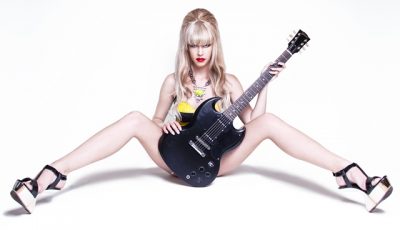 An Interview With The South African Pop Artist, BINX!

An Interview With The Songstress, SANIYE About Her Newest Music on “Let’s Play”, Her Favorite Musicians and More!