While, I don’t know a lot about podcasts nor have I ever downloaded one myself, I was eager to attend the Los Angeles Podcast Festival this past weekend in Santa Monica. It was a chance for me to explore a whole new world and make some new friends along the way. I was successful on both fronts! 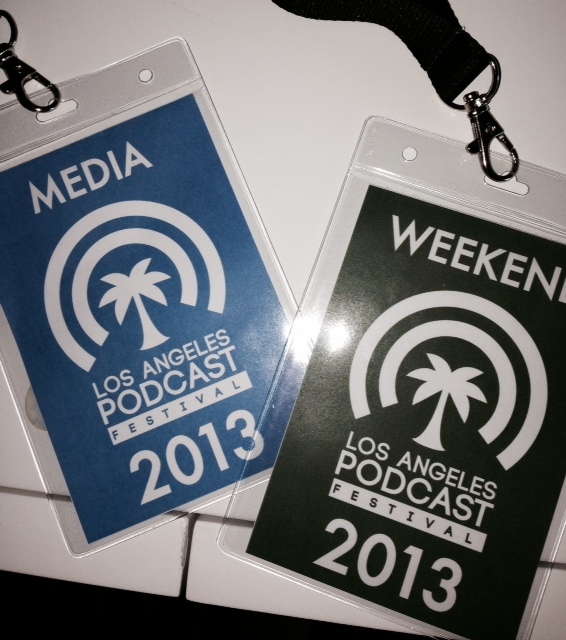 The Los Angeles Podcast Festival (or what the cool kids call, “LA Podfest” for short) made its sophomore run last weekend in Santa Monica at the Le Meridian Delfina Hotel. In its second year, the festival has almost doubled in size to more than forty podcasts.

The event featured live tapings of prominent podcasts like “WTF with Marc Maron,” Graham Elwood and Chris Mancini’s “Comedy Film Nerds” with guest, Joey McIntyre, Greg Behrendt and Dave Anthony’s “Walking The Room,” “Never Not Funny” with Jimmy Pardo, “Girl On Guy With Aisha Tyler,” “Doug Loves Movies” with Doug Benson and many more. Each podcast material is unique and they can range from silly conversations about the latest movies, heartfelt talks about each other families or important political discussions. Along with these tapings, there will also several panels too. My own co-worker here at All Access Music Group, Perry Michael Simon, was on a panel judging podcast pitches one afternoon. 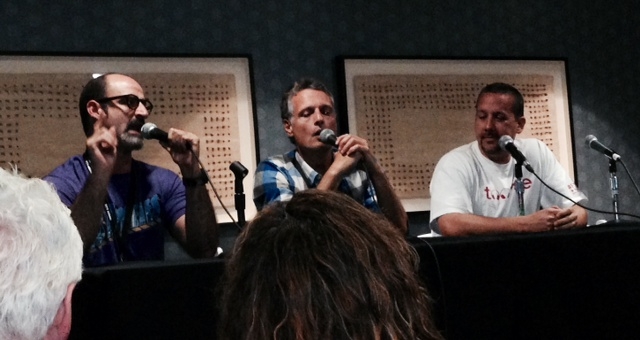 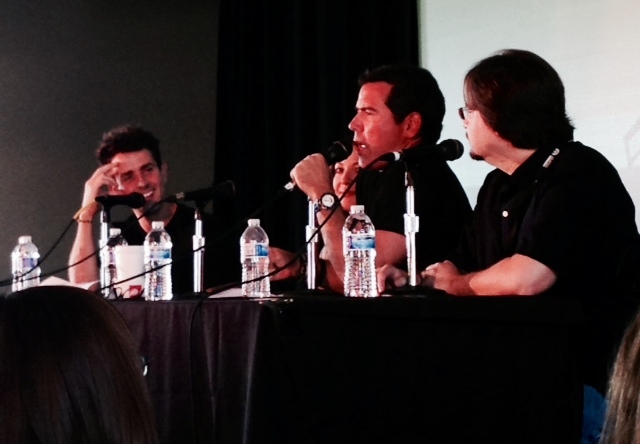 Since most of the podcast hosts and guests are comedians or comedy-oriented, the festival also presented a stand-up showcase on Saturday night featuring Dana Gould, Baron Vaughn, Marc Maron and others. I discovered several new hilarious comedians this night and will be sure to follow their careers.

New this year was the Squarespace Podcast Lab, which offered festival-goers the opportunity to interview many of the podcast hosts and guests. Graham Elwood, co-founder of the Podfest and co-host of the “Comedy Film Nerds” podcast explained, “Last year we had a bunch of podcasters attending, trying to get interviews and we figured, ‘Why not give them a room?’ So, if you’ve got a podcast, come to the festival, just bring your own recording equipment, we’ve got the space and food and free stuff.”

Graham describes the fun vibe of the Podfest, “It’s like a high school reunion, I just laughed all weekend. And it was fun seeing my friends do their shows live for the first time and it’s so fun to see an audience that is so into what’s happening.” Brian Redban, producer of the Deathsquad podcast network, adds, “It’s great because it’s the crazy super fans.” 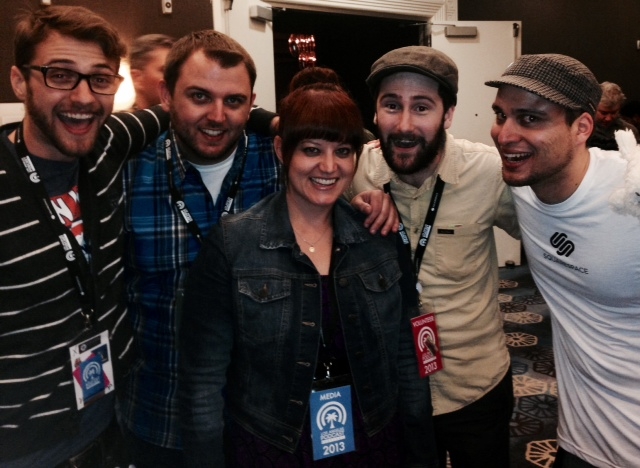 I had the opportunity to sit in the audience for several podcast tapings including, “The Dork Forest”, “Walking The Room”, “Comedy Film Nerds”, “Doug Loves Movies” and “Road Stories”. However, my absolute favorite probably had to be the “Pop My Culture” podcast with hosts, Cole Stratton and Vanessa Ragland. Their guests for the show included the “Stars of ABC’s TGIF”, Reginald VelJohnson of Family Matters, Jodie Sweetin of Full House and Stuart Pankin from Dinosaurs and many other films. Of course, I did go ahead and got a picture with these actors!

Indeed this weekend brought the best and brightest of the podcast world together for one big bash and I am delighted that I was able to partake in it all. 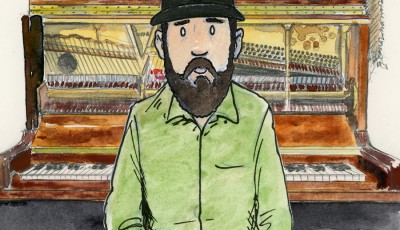 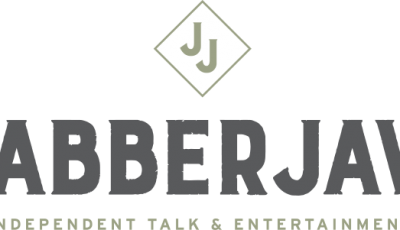 An Interview with JABBERJAW MEDIA Podcasting Network Founder, NICK BUNDA on the Importance of a Music Podcast!