Pharrell Talks Very Humbly About Miley Cyrus, And Politely Asks You To Check Out “His Best Work” G.I.R.L> 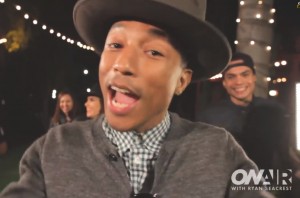 Video Still From On Air With Ryan Seacrest’s “Happy” Video

Ryan Seacrest got quite the get of an interview on Monday. Pharrell Williams called in to his nationally syndicated morning show to talk about his new album “G.I.R.L” and why he thinks it’s the best work of his career. The coolest part about it was that despite being literally named “Producer Of The Year” by the 2014 Grammys, he approached everything with a cool quiet confidence and humility that is just admirable.

Like a little kid wanting to show you what he made in art class, or ask you to donate to his school function by buying from his bake sale, Williams very politely asked Seacrest and his audience to check out his work. You can’t help but love his centered view on life and the normally self-centered music business.

It’s hard to say what causes his centeredness, but after watching a series of interviews with him, and at one time even did our own, its clear that it’s a priority for his personal outlook on life. Perhaps it’s because he has an open student like appreciation for the work he does, and it allows him to keep the fun of the creative process at the center of everything. One of the most entertaining ways to see this for yourselves, is in his “Drop it like its happy” episode of Snoop Dogg’s “GGN” You Tube series. (Click here to watch episode and moire!)

Although we feel it’s important to give fair warning that the language used in the video is uncensored, we’d like to follow that up by saying that mature age appropriate audiences are likely to get use to the presentation fairly quickly, and appreciate it like we did. While featuring a comedic take on the stereotypes of Snoop Dogg, like smoking, video girls, and funny ways of talking, it also features a refreshing dialogue with Pharrell about the music that influenced him, the role music plays in life, what lead to him working with Daft Punk, and what he and Snoop’s secret to music biz longevity is. We have a feeling that you’ll see hints of the “Happy” making process all through out.

Seacrest clearly took the hint. He and his KIIS FM radio show staff celebrated 10 years at the helm of LA’s most listened to morning show by creating their own version of the Despicable Me 2 hit video. Along with other celebs like Jason Derulo, Becky G, Leah Labelle, and JOJO,(check out Clizbeats’ exclusive interview with JOJO here)  Pharrell celebrated the media giant’s radio success with a personalized message. Watch it. We’re betting it will make you… “Happy.”

Check out the video, and Ryan’s interview blow. Enjoy.

From: On Air With Ryan Seacrest 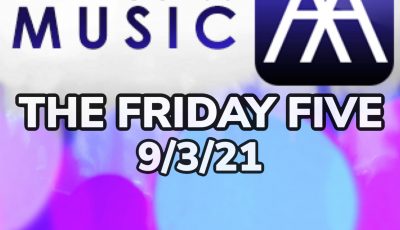 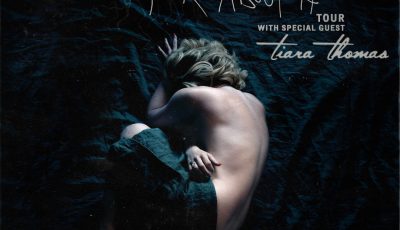 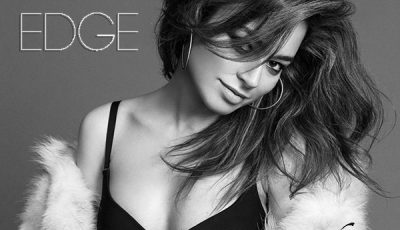 An Interview With The Italian Born But New York Based Pop Singer KENDRA BLACK!