I believe Eddie Vedder has one of the most recognizable and also one of the coolest voices in the music industry. After seeing him, guitarists Mike McCready, Stone Gossard, bassist Jeff Ament and drummer Matt Cameron rock out at the Los Angeles Sports Arena on Saturday, November 23rd, I am even more certain of all this. 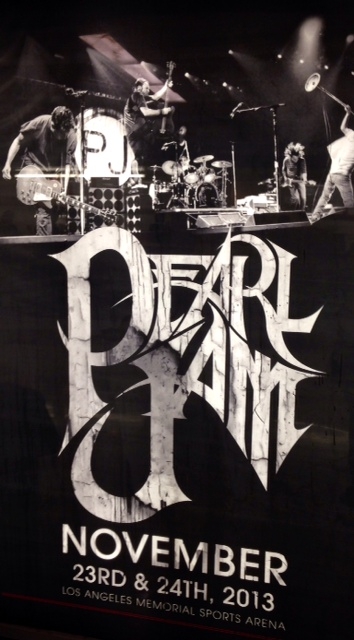 This marathon-length show was an absolute treat! Pearl Jam’s set combined crowd favorites with new songs proving that two decades into their career, Pearl Jam is still one of America’s best bands. They opened with a smoldering version of “Pendulum” from Lightning Bolt before nearly blowing the roof off the place with “Release” from their 1991 debut Ten.

But the show wasn’t without incident. In the middle of the fourth song of the night, the impassioned 1994 anthem “Corduroy,” Vedder became visibly upset by the actions of an over-aggressive fan on the floor in the front of the stage. By the time the song was over, the singer ordered the house lights on and told the fan to “watch the show from someplace else!” Yikes! Thankfully, this in no way affected the rest of the show. 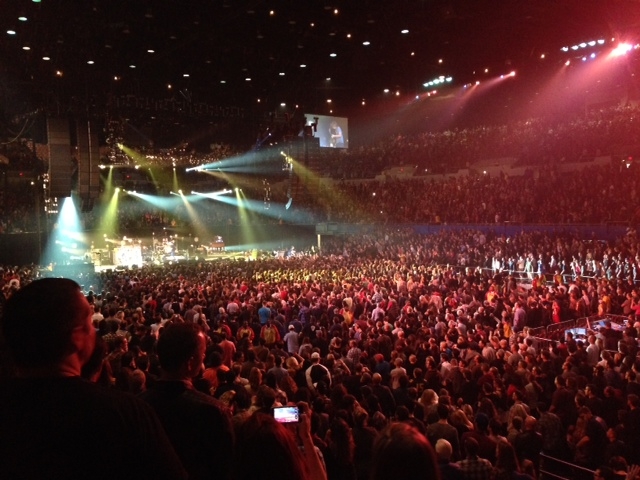 Seven songs into the concert, Vedder revealed that a pal had suggested the band play the venue on their current tour. “Our friend Bruce Springsteen said [we] could get this place rockin’,” Vedder said, “So far we’ve proven him right.” Pearl Jam last played at this venue 22 years ago. 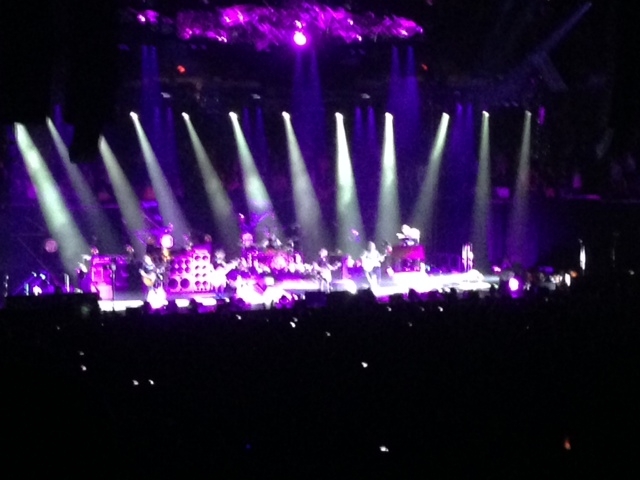 Before launching into perhaps their best-known song, 1991’s “Jeremy,” the harrowing tale of a school shooting, Vedder joked that in the spirit of The Rolling Stones hiring the Hell’s Angels, the band had considered hiring Trayvon Martin shooter George Zimmerman to do security for their tour. After a smattering of boos from the crowd, Vedder explained that the rest of the band’s security could keep their eyes on Zimmerman, so he couldn’t do something stupid. He added that “we can add a few more gun laws on the books” and also expressed concern about mental health issues.

Once again, shocking us all, during the song, “Porch”, Vedder swung on a giant light bulb from the top of the ceiling, singing the final crescendo at the same time. It’s love-torn letter rang out as potently as it did over twenty years ago when it was first cut to Ten.

Indeed, this time of year, there is plenty of music to be thankful for. After seeing this show, I am certainly thankful that these Seattle icons will never change. For over three hours, Pearl Jam held Los Angeles in the palm of its hands. 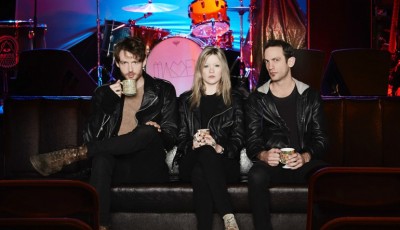 The Tel-Aviv, Israel Based Band, MASZER Chats With All Access About Their Debut EP, “Dreamsz” And More! 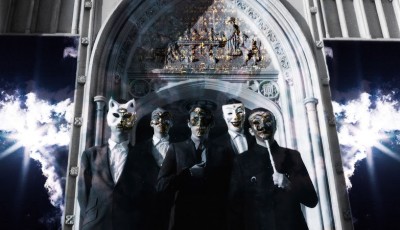