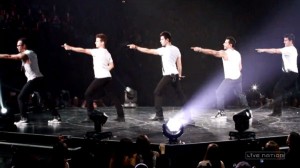 If you’re a fan of our site, you’ve probably picked up that, in addition to covering the Pop music stars of the moment, we like to keep track of the different players that work behind the scenes and help create the hits for or with those star.  This is because, to us, that’s half the story most of the time. One great example of how we found half the story this way can be found in our latest New Kids On The Block post about their music video for “Whisper.” Partly because we’ve been producing an interview that features New Kids member Jordan Knight, and partly because we are music-loving nerds, we’ve discovered a degree of separation between the New Kids and Diddy-Dirty Money. That degree of separation is producer Deekay.
Prior to producing tracks for the recent New Kids On The Block album, Deekay was a songwriter that made the rounds through the industry as a songwriter until he got a production work opportunity with Diddy-Dirty Money on their track “Strobe Light.”  We learned all about the creation of the song in our interview with Dirty Money. Click here to check it out.

Deekay’s work with Diddy and the gang must have been notable enough among the right people in the business because he followed it by having a more creatively in-depth role while working on New Kids’ 10 album. We dig both his New Kids, and Diddy oriented work. It’ll be very interesting to see what project he works on next.

Click here to check out NKOTB’s “Whisper.” It features some pretty nice footage of their highly publicized Package Tour, and is a good time to watch. We hope you enjoy it. Cheers! 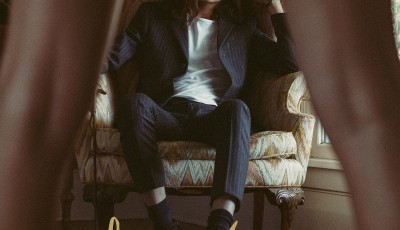