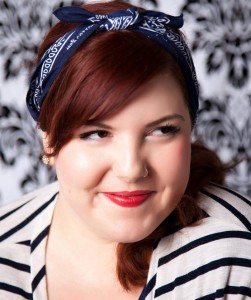 Have you heard of Mary Lambert?  Chances are, if you’ve listened to Pop radio or watched MTV in the last few months, you have heard her voice. She is the featured singer on Macklemore and Ryan Lewis’ “Same Love.” Macklemore and Ryan’s decision to choose Mary as “Same Love’s” featured singer stands out as particularly meaningful, because she herself is a is an open lesbian who fought for her own marriage equality in her home town of Seattle.  To our delight she’s also used that notoriety to promote “She Keeps Me Warm,”a song/music video inspired by her own journey searching for love and acceptance.

Prior to her famed association with Macklemore and Ryan Lewis, Lambert’s journey had her best known as a poet. In 2008 that poetry got her recognized as a brave new voice that competed in the Brave New Voices International Poetry competition, which was filmed by HBO.  She continued competing in poetry until she won Seattle’s Grand Slam Poetry Competition in 2011, and became a west coast finalist in 2012.  That poetry and her songs have been the cathartic expression of a sensitive soul that has endured the trauma of abuse and exclusion through different stages of her life.

Mary was fortunate to overcome those challenges, and find a greater sense of purpose through her artistic expression. It not only allowed her to come to terms with some intense struggles, but also inspire millions of others who have been through similar hardships. Now, in addition to performing beautifully with genuine emotion, Mary regularly uses the spotlight to speak out for equal rights of the gay community.

The combination of her story and the circumstances that allowed it to become such a triumph is, to us, one of the best examples of how real life magic that can be found in our music community. The international recognition that surrounds Macklemore and Ryan Lewis’ “Same Love” has not only introduced homosexuality into the often intolerant Hip Hop mainstream, but has also encouraged a receptiveness to Mary’s solo music, which usually lives outside that genre.  All in all Mary’s involvement in Hip Hop, even just as a featured artist is an example evolution. She’s crossing social boundaries, and is managing to establish her own solo career, while remaining an indie artist on her own terms.

We’d like to encourage you to click over to Clizbeats.com to check out her latest music video, “She Keeps Me Warm.” In addition to the embedded VEVO link, we offer a comparative analysis of “She Keeps Me Warm” to Eminem’s “Stan,” and why it may be a proven path to success for Mary Lambert to follow.  Click here to read it. Cheers!

An Interview With the Grammy-Nominated Singer-Songwriter RAY DALTON On New Music, Working With Macklemore & Ryan Lewis, Favorite Artists And More!