If you love country music, then you should really get to know the beautiful Ms. Kelsey Waldon. This singer-songwriter and unofficial Queen of East Nashville (she moved there from Kentucky) will be releasing her debut album in June, entitled, The Goldmine. Her music is best described as classic country/Americana and her debut album is full of pedal steel and gritty lyrics.

“(The album) is just basically about how it doesn’t take money to make you happy,” she says. “Burning a lot of bridges that you shouldn’t have burned, families get torn apart and money’s not everything.” 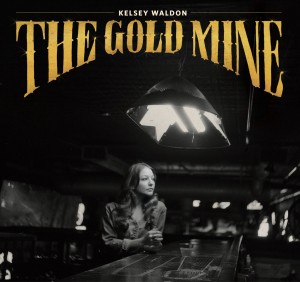 “This Kentucky native knows her range. Already stacked with a good band of reputable fiddle, pedal steel and guitar players, Waldon flirts with the depth and height of her vocal abilities with a brashness you don’t often hear on someone so young. This is a girl who’s not trying to be anyone but herself. And her honesty and boldness is making her the emerging face of country feminism.”

Last week, she was kind enough to take time out of her current busy tour schedule to answer some questions for me. I was thoroughly impressed with not only her singing and songwriting chops but her extensive country music knowledge too!

First of all, thank you so much for letting me interview you. I only wish that you were based here in LA so we could have it in person. Now to get things started, what musicians are you listening to right now?

I wish we could of had it in person as well! No worries. This week it’s actually been a lot of late 70s Don Williams, early, early, EARLY Hank Williams JR, Dolly and Porter duets, and the new Sturgill Simpson record. That’s this week.

I recently watched your acoustic performance of “High in Heels”. You earrings by the way in that video are fantastic! If you had to choose, would you always play acoustic sets?

Glad you like the earrings! I like playing both acoustic and full band for many different reasons, and sometimes it depends on the setting as to which is more appropriate. It’s good to be able to be dependent on yourself if you ever need it, and be able to stand alone and perform solo, plus, people are really focusing on the song that way. I really enjoy performing with my full band though. I love all my guys and they make it truly a special experience as well. 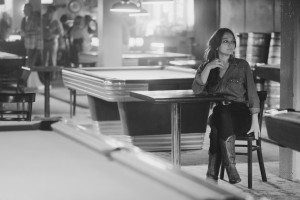 You have some really lovely candid and professional photos on your website. Do you hope that your personality comes across through them? Tim Duggan, your photographer is very talented!

Tim is the best! I’m glad you like them. I do hope my personality comes across in them and what I chose to represent…then again, a photo is a photo. You’re not going to like them all, and people are going to perceive it however they will.

Tell me about your band. How did you meet them all?

I met them all mostly through hanging out in Nashville, and making some real friendships. That includes going to lots of pickin’ parties, playing shows, hanging out in certain bars, and being introduced also by mutual friends. One thing just kind of leads to another and the relationships are growing stronger all the time…I’m really lucky to know the people that I do. I am very thankful that they want to be a part of it! 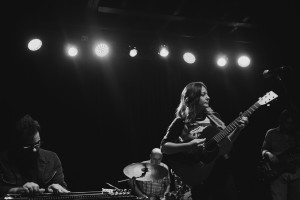 What do you think about the pop country phenomenon that Taylor Swift and others spearheaded?

A lot of people want to know my thoughts on that. Honestly, I wish Taylor Swift the best. I don’t listen to her at all, but I respect her work-ethic and what not. I try to only focus my energy on the kind of music I want to make and promote the stuff that I believe in, and I don’t want to state my case by completely bashing something just because it’s not my taste. Don’t get me wrong though, some of that stuff they’re playing on the radio is just horrible, but I stay away from it. However, Taylor if you’re out there, my friend Pete Lindberg wants to date you. He’s basically John Prine Jr. He’s worth it. 🙂

How do you like living in Nashville now? Do you ever miss life in Kentucky? Come to think of it, you should go check our All Access offices that are in Nashville!

I’ll try to do that sometime! Yes, I do miss Kentucky A LOT, but I try to go back home often. It’s about 2 1/2 hrs away. I mostly miss my family, and pretty much everything about it. Nashville is certainly my adoptive home though, and it’s been so good to me.

If you could choose any band to join today, living or dead, who would it be?

Hmm…probably Patty Loveless or Brenda Lee.
Who would you like to collaborate with today?
So many would be cool. I think I’d finally like to do something that Kenny Vaughan played guitar on at least once. 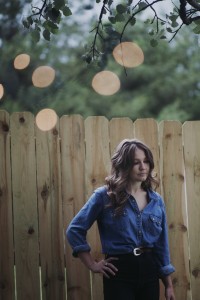 What musicians are you enjoying right now? Who are some newcomers that you think are going to be HUGE in country and in other genres?

I am always enjoying many of my friends music in Nashville, and people that I just think are amazing. I think people like Erin Rae, Cale Tyson, JP Harris, my friends in Johnny Appleseed, Andrew Combs, Sturgill Simpson, Della Mae, Daniel Romano, and more, are all going to be HUGE in their own ways and all do amazing things that they are already doing. There’s so many more that I didn’t even name off the top of my head!

How do you balance your music career with other obligations like family and a social life?

It’s all a balance and you’ve got to make sure you balance your energy too, and not let too much of one thing take away the energy for another. I just drink lots of coffee, try to get decent amounts of sleep, and make lots of lists that I can mark off.

What is one message that you hope your fans take away from your album, The Goldmine?

I hope it does all the things that you hope an album will do. Everyone will take away something different. I think it has something for everyone. Something to relate, connect, inspire, take away, bring back, and everything in-between.

Recently, my amazing cowboy boots from Austin were stolen from my car here in LA. So tell me, who makes the best boots? I’ve read that you find them a turn-on. Why is that?

I think Texas makes the best boots in general, but my two favorite pairs are vintage Dan Post. As far as the “turn-on”, it’s not about the boot but about who’s wearing it… 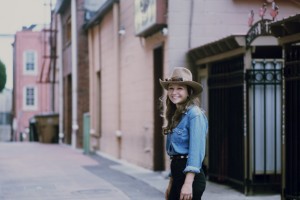 When you aren’t performing, what do you like to do for fun?

I like to go to live shows, go down to Robert’s Western World, do dog-stuff with my dog, travel, and write more and more songs, and learn other people’s songs and sing those too!

I read that your dream is to share a bill with Emmylou Harris at the Ryman. Is this still true? And for those of us unfamiliar with the Ryman, please explain why that particular venue?

That’s still true. The Ryman is the Mother Church of Country Music. It is the original home of the Grand Ole Opry. It is sacred in my mind…a true piece of history and culture still standing and respected in downtown Nashville. You can do a lot of things in life, but performing at the Ryman will definitely give anyone a sense of some true accomplishment.

Check out this video of her singing Gold Mine’s lead single, “High in Heels”: http://www.youtube.com/watch?v=nomsM_gKE2I 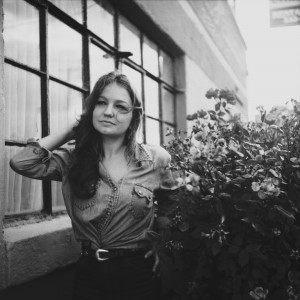 Q&A with Djoir Jordan on What It Means To Be Diamond Cut, Tour Life, And More!

A Night of Power and Grace with Elbow