Nashville-Based Singer-Songwriter SÜ Opens Up About Her Newest Music, The World of Social Media and More! 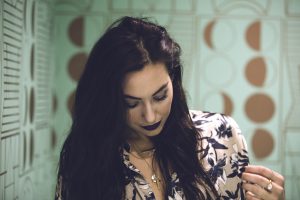 Born is West Virginia, SÜ moved to Nashville three years ago from Colorado where she had been living for several years – she’s even spent a couple years across the pond where she studied the craft of songwriting. Now living in one of the major songwriting communities in the country, SÜ is continuing to expand her portfolio as she writes or co-writes all of her music. She’s recently partnered with groundbreaking songwriters and producers such as DJ- Ken Loi, Sam Tinnesz, Daniella Mason, Sarah Reeves, The Drye’s, Ian Keaggy and Seth Mosely.

Music has always been an important ingredient in SÜ’s life; bringing her to the creative state of being she currently resides in.

“As a kid, I remember writing poetry and singing old songs from the ‘20s with my grandfather,” reminiscences SÜ. “He was an incredible writer, and I believe so much of my love for words and music came from my deep love and affection for him. However, it wasn’t until I studied songwriting in London in 2013/2014 that I really started planning to pursue music as a career. I’ve been working on my career in Nashville ever since.”

“Cathedrals” is the name of her newest single. It is a blend of moody, dark textures and vibey, synthetic, electro-tinged grooves. Check it out here- https://soundcloud.com/suofficialmusic/cathedrals-31-mstr/s-UcVoa

“‘Cathedrals’ is almost like a nostalgic, yet, hopeful look at what l believe love can be between two people; the kind of love that people marvel at and want to know the story behind,” says SÜ. “An actual cathedral is a place of reverence, holiness, intricacy and beauty. When people see it, they stop and stare and can’t help but notice how special it is. That’s the kind of love I have seen and always want to look for in life. This song is a reminder that love in its purest, truest form is still possible.”

Learn more about SÜ in the following All Access interview:

Hello All Access! Thanks for the interest and great feedback on Cathedrals! Currently, I am at home in my loft apartment in downtown Nashville 🙂

Now that 2019 has started, what musical goals do you have for yourself and your music this new year? Did you make any new year’s resolutions?

New Years Resolutions are always fun, but one of mine for 2019 was to finish books I’ve started. 🙂 I am notorious for loving a book, starting it, and then getting excited about another book and not finishing the previous one. Creative ADD? As far as music goes, I couldn’t have been more excited to hit the ground running with new music and even plans for performing. I have some other singles I am working on releasing in the coming months, so this will be a fun year!

Growing up, how important was music in your life? Can you recall the moment when you decided that you wanted to be a musician? Was it an easy or difficult choice to make? Was there ever a time when you thought about doing something else? If you weren’t a musician today, what could you see yourself doing?

As a kid, I remember writing poetry and singing old songs from the ‘20s with my grandfather. He was an incredible writer, and I believe so much of my love for words and music came from my deep love and affection for him. For years, all through high school and college I was writing songs, stashing them away in notebooks or journals. It always felt like a secret dream. There were years I even got involved leading worship for my church and writing music with the worship team. However, it wasn’t until I studied songwriting in London in 2013-2014 that I really started planning to pursue music as a career. l traveled all over Europe, and creativity sprang up left and right. All I wanted to do was get lost in places that inspired me. I’ve been working on my career in music ever since. If I were not in music, I would probably be teaching or working for an outreach/caused-based organization such as an anti-human trafficking organization or working with orphaned children.

The biggest surprise so far is that the realm of possibility within this seemingly impenetrable industry is far greater than I had imagined. There’s this really special, underlying tone of camaraderie throughout the city of Nashville especially. I’ve found that people truly do want to help you follow the same dreams they’ve been following, and they subsequently understand the rollercoaster of following those dreams. The challenge is to allow yourself to be inspired by the wealth of talent around you, while also remembering how to be yourself and create the things that are unique to you.

How do you think you and your music have been influenced by your hometown and where you live now?

That is such a funny thing for me. In the last 10+ years, I’ve lived abroad, traveled all over the world and have bounced around quite a bit. My hometown in particular, hasn’t necessarily lent itself to my musical style, expression or brand as much as other cities have. However, I do believe by nature, growing up in a small town and being very family-oriented, I’ve definitely come away with values and mindsets that are present in everything I write.

What was the inspiration for your newest single “Cathedrals”? How is it different or similar to any other music that you have released?

I remember walking through these centuries-old, beautifully crafted cathedrals in Paris, London and Rome standing fully in awe at every intricate detail. It made me think, what if people looked at love like that? What if people believed it to be possible to find love worth calling attention to? Cathedrals was born from that concept. Though it’s very different from Ceiling, they both came from a place of hope and belief that there’s really more possibility in life than we sometimes realize.

How did you go about writing it?

I first tried to write the entirety of the song by myself over a year ago. It was originally a little more upbeat, and though I liked it, it just didn’t feel like it had hit its mark. I then brought the concept to my two co-writers, Ian Keaggy and Sarah Reeves, and we completely rebuilt it from scratch. They totally made the song come alive!

What has it been like keeping up with your social media accounts and all of the different platforms? Is it hard to stay up to date on it all?

That has for sure been a challenge for me, as I’m not instinctively on socials as much as I’d like to be! However, it’s been so fun to stay positive and excited about this song and new music in general. I think the key is just believing in what you’re sharing.

What would you say is your favorite way to connect with your fans now?

Having just said all of that (haha) social media truly is my favorite source of connection with people. I love Instagram stories, especially. As a viewer, I thoroughly enjoy when I get to see someone’s personality come across through their stories. That has been a huge priority for me lately, to keep as consistent as possible with that feature!

John Mayer, Ryan Tedder, Coldplay, Dagny, Maggie Rogers, Julia Michaels. Those are a few of the OG’s coupled with some of my more recent influences. They’ve all helped inspire me in some way or define specific motivators within each song. I would die and go to heaven if Chris Martin, Ryan Tedder or John Mayer wanted to work with me. I actually dreamt that I wrote with CM once. I was living in London at the time, so I feel like that for sure played a role in it, lol!

Where can fans see you perform next? Do you have any kind of a 2019 tour scheduled yet?

I do not currently have a tour planned, but I will be playing some local venues in Nashville starting in the spring (April-ish). 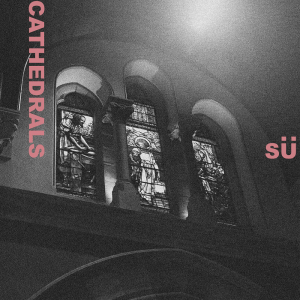 Oh, that is SO hard to even explain! My imagination has been all over the map with this, but with Cathedrals, I’d probably be shooting in one of those European cathedrals I mentioned earlier. There’d be a very handsome male lead to act opposite me and probably a lot of gold, colored smoke, and an insane costume designer who would give me some shear, off-white gown that we’d then soak the bottom of as I walk through the ocean. What? Haha. I mean, haven’t given it much thought. 😉

If you were going to be stranded on a deserted island forever, what musical item would you take with you and why?

This may be the most generic and typical answer, but I can only imagine an acoustic guitar. It will forever be such a beautiful and classic way to create music.

TV-wise I would be so honored if my music could be chosen for a show like This Is Us. I just find that show so beautiful in the way it portrays family, life and love. For movies, I am an indie-film fan and a romance lover, so anything in those veins would be especially rewarding!

Regardless the subject matter, I always want the music I create to inspire some type of hope that translates into possibility. I believe anything is possible, and that’s where so much of the songs for SÜ have come from. Even in songs about heartache or loss, there’s always going to be a point of release to see beyond the struggle.

I’m ultimately just so excited to share music that I hope will be life-giving and relatable. I want to inspire joy and hope and even put words to things people may have forgotten they felt. It means so much to me that people are listening and along for the journey! Thank you so much!!

An Interview With Sibling Rockers JOCELYN AND CHRIS ARNDT!