“You’re gonna ask me the hard questions in this one.” Following a brief chuckle, that’s what Miranda Lee Richards said before answering the third of my many questions during our recent nearly 30-minute conversation exploring the breadth and depth of her fourth album Existential Beast, out June 16. The San Francisco-born singer-songwriter is quick to make the distinction that this ten track collection is “politically-driven,” but not – as so many have assumed – inspired by the 2016 presidential election.

That said, Richards doesn’t pull any political punches, though several are delivered with sonic kid gloves. After all, Richards’ sound has been described by some as “spacey, harmony-laden pop” (LA Weekly) and “warm and precise, ethereal” (BuzzBands.LA). I find it’s always best to let the artist and listener decide. 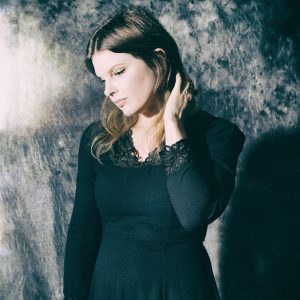 Hi, Miranda, how are you?

Thank you for calling and thank you for your time today. Let me kick off the conversation by saying that I went back into my interview archives and was reminded that we last spoke back in December of 2008, so it’s good to talk to you again. So, in our previous conversation you described your then-current album Light of X as “psychedelic chamber folk rock.” What four words would you use to describe Existential Beast?

I would go with the same. It’s psychedelic chamber folk. How’s that?

Well, I shouldn’t, actually, because this record is a lot more rockin’ than the other. Yeah, let’s add the rock back in there.

(Laughs) Okay, cool! So, I wanna start exploring this album by going straight to the end and ask you about the nearly 12-minute opus “Another World,” in which you sing, “But I’m not afraid to speak of the darkness/for it has been brought to light.” What, or who, is this darkness that you speak of?

Well, just the issues that we’re facing in our time, even regardless of who is president. There have been many things on the table in the last 50 years – even the last 100 years – that are still on the table. And so, I felt like we were in an age of a bit more passivity, if you will, and our passiveness in our culture, and I feel like this election really brought out an age of activism again, and it revealed the underbelly, if you will, on a lot of issues. I feel like as disturbing as that is for some, or terrifying, or all these things, it’s really a blessing because at least we can begin to really have the conversation fearlessly and begin to find solutions.

Quoting another lyric line here: “Robber barons and plunderers who take no prisoners, the jest is now upon us/We bow our heads, by fools we are led/Apathy’s consequence.”

I think you addressed some of this in your previous answer, but how long after November 8, 2016 did you write this line?

(Laughs)! You’re gonna ask me the hard questions in this one. So, those lines and that verse were one of the few verses dedicated to the post-election climate. I felt as though we had kinda been complacent. As I sort of said before there was a complacency. We just assumed that things would be continuing on as they were – the status quo – but there were a lot of people who wanted to see that change, and I think it caught the rest of everyone else off guard. And I felt like it was just a reflection on the intention of leaders on both sides of the fence here, that the leaders seem to be out of touch with the heart of many of these issues. And so it just felt like going back to that every man out for himself mentality, and I tapped into that and thought I’d dedicate some air time to that in the song. 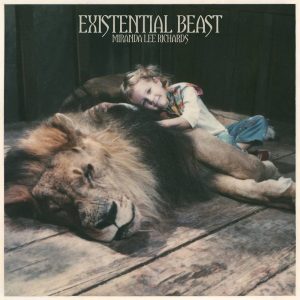 Those are all important issues, and there’s a lot to chew on throughout this record. Let me jump to the top of the tracklist and ask you about “Ashes and Seeds.” The song packs an equally powerful punch as “Another World,” but does so in about one-quarter of the time.

It clocks in at about three minutes. Tell me a bit about this one.

So, “Ashes and Seeds” was written pre-election, actually, as most of the songs on the album were. Again, I was reflecting on the issues of our time. So, in that song in particular I was sort of consoling myself and asking how – in speaking of complacency – how involved should I be getting? How big is my role in some of these political issues that we’re facing? And environmental issues and social issues and humanitarian issues and all the other things going on in the world? And how can I help, and am I called to help and what’s my role here? Because otherwise I can get swept up in the problem and in the news, and the world can seem like a scary place, or that it’s not going in the right direction. And so, I was reflecting on that in “Ashes and Seeds.”

Well, in general I think as human beings and as individuals there are multiple subjects that can be negatively-tinged for us. And that can involve a personal level or even on a global level. Not only are there political matters that upset us and that there’s nothing we can do about, but there are also personal matters that upset us that don’t necessarily need our attention because it makes them worse by focusing on them. Some things have the ability to resolve themselves. But really you need to focus on yourself first. It begins with yourself. Let that be the starting point for change.

I’m reminded of the great Michael Jackson song “Man in the Mirror.”

Sure. So, other people have written about this before (laughs)? I actually was playing with a mirror line at one point because what’s going on in society at large is a reflection of what’s going on with us individually, too. It’s the micro affecting the macro. If I can take care of myself in this world, if I can do what I can, when I’m able to, and be a good person, that’s a huge starting point.

Let’s pick up the tempo, musically, on the record. You were born and raised in San Francisco and that musical mecca’s psychedelic rock sound certainly forms the foundation for the song “Golden Gate.” Is this, in fact, a sonic love letter to “The City?”

Surely. We’re coming up on the anniversary of the “Summer of Love,” also. I guess I wasn’t completely conscious of that at the time, but maybe that was in the ether somehow. There’s just so much of an ode to the legacy of psychedelic music coming out of San Francisco, and the Golden Gate (Bridge) being the iconic landmark of the city. And then of course the symbolism of it being a bridge to another world or a different era or a new paradigm or a new dimension of reality, and so forth. So, there’s always a lot of imagery that burns in my mind, too, just from growing up there. Yeah, it’s giving an ode to the freedom of the 60s and the calling that people felt at that time, that is a bit reflected in our current time of wanting change and doing a lot of spiritual work and personal work to bring about that change. That city has a lot of magic! 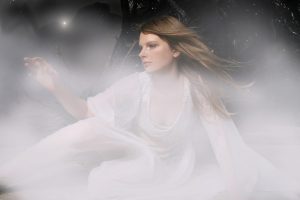 I’d like to get your thoughts on what many people believe is the changing vibe of San Francisco. Tech certainly seems to be taking over the city, with million dollar condos supplanting longtime residents, etc. In your experience, is the vibe changing? Do you feel it?

Oh, sure! The city is a very different place now, but it’s amazing how much of it remains, though. You can try and change a place. but I guess its essence will always remain. There’s still that feeling that it was mecca. San Francisco was a mecca that drew people that were looking for freedom in their lives in terms of expressing their sexual orientation and their radical ideas, or their radical political ideas. And of course the Summer of Love. So, I think there’s almost a modern-day gold rush happening with the tech industry’s trillions of dollars.

That’s a great way to put it – a modern-day gold rush. You’ve got a slew of U.K. and other European tour dates starting June 17, and sandwiched in between five West Coast dates, starting July 15 in San Francisco. What can fans expect to see and hear at those shows?

Our regular band is a seven piece – sometimes an eight piece, depending on who can come. So, there are quite a few members onstage. We do recreate the album live. We don’t use a laptop on stage…

(Laughs) We’re old school in that way, so we’re playing everything live. So, it’s not just a regular bass, drums and guitar rock band. So, hopefully it’s fun to see.

Final question for you: I wanted to ask you about the title track to Existential Beast. In one verse you ask, “So why must there be black and white? And why must there be dark before light?” It’s no secret that there are a lot of messages – and you dig deep into a lot of subjects – across the entire album. So, amid the current state of, well, maybe darkness and division that we find ourselves in, where do you see the light shining through?

Hmm. It’s interesting because in the rest of that verse it says, “Why must there be wrong before right?” and “Why must it take so many lives?” It’s an existential question as to why we have to make these mistakes first before we arrive at the greater truth. Like why is there such pain in our evolution? Sometimes I just wish that we could move a little quicker, cuz some things seem to still be on the table from the beginning, you know (laughs)!

Or at least let’s not move backward.

Right! At least let’s not go backward! And sometimes it seems that it’s just painfully slow. But anyway, we just have to have lots of patience. As long as we don’t blow ourselves up – whatever we gotta do (laughs)! 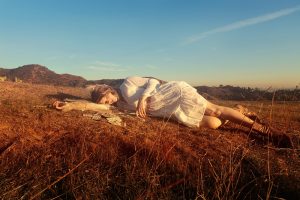 Yes, let’s try and avoid that!

Well, congratulations on this record. I think it’s one of those that sonically lends itself to the listener turning the lights down and lighting a candle and taking it all in.

Yeah, so dim the lights and grab a beverage of your choice!

Sounds great! So, is there anything else that you wanna bring up that we haven’t discussed here?

It seems pretty good. I hope I didn’t say anything offensive. In talking about politics, I feel like even though this is a politically-tinged record, it’s in essence more about examining the issues of our time from the vantage point that’s looking for resolution. Again, many of the songs were written pre-election. This is stuff that’s been going on for a long time, but I just felt that now was the time to talk about it. And there’s other things on the record, too, that are just beautiful sonically and it’s just meant to be inspiring in that way. We still need beautiful art and music and entertainment and thought-provoking conversation in our lives. And on that note, thank you so much.

On that note, thank you so much for your time. It was great to talk to you again. Take care.

Okay, have a good one. Bye.

An In-Depth Interview With The Modern Rock Group, EDGE OF FREE!

An In Depth Interview with DASHBOARD CONFESSIONAL’S Front-Man CHRIS CARRABBA!