Not enough good things can be said or written about this explosive Brit band. Marmozets’ sound and stage presence is unparalleled; they rock the stage and rock it hard. Lead vocalist Becca MacIntyre is a lead singer who clearly isn’t afraid to play like the boys–she ravages the stage, screams viscerally, and swears at the audience practically all in one breath. Backed by her brother Sam MacIntyre on vocals and guitar as well as her other brother Josh MacIntyre on drums, the band is rounded out by Jack and Will Bottomley on guitar and bass respectively (yes, they are also brothers). Marmozets blasted the Warped Tour stages all summer and also got the AP Awards’ festivities started by playing on the pre-show boat ride on the Good Times III.

Their debut album, The Weird and Wonderful is out now on Roadrunner Records.

The band just wrapped a fall tour in support of Issues, but will surely be back to shred the US again soon.

Q&A with THE RUEN BROTHERS – Bridging Eras On Their Debut EP, Point Dume. 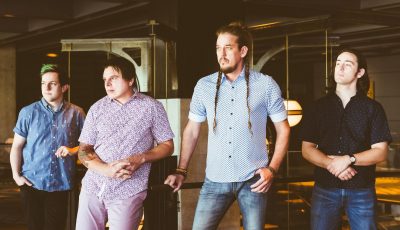