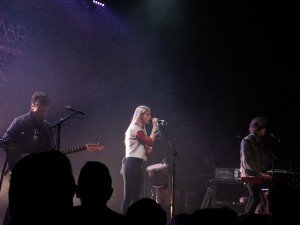 London Grammar are continuing to gain momentum on the heels of their gorgeous debut album, If You Wait. Buoyed on the strengths of their major singles “Hey Now” and “Strong,” this young and talented trio out of Nottingham, England are catching ears and turning heads worldwide. While generally categorized as trip-hop, their sometimes percussion-less songs call into question the requisite need for such trivial pigeonholing as they do not generally adhere to the style.

This past Sunday, March 23rd, London Grammar delivered a rapturous performance at the House of Blues San Diego that accentuated the fragile yet soaring vocals of Hannah Reid. Opening for them was the Norwegian indie pop outfit, Highasakite, who proved to be perfect support band for London Grammar with lead singer Ingrid Helene Håvik putting in a breathtaking performance (be sure to check out their single “Since Last Wednesday”). London Grammar took the stage shortly after 9PM, in part due to House of Blues’ San Diego strict noise curfew, and despite their rather sparse array of instruments, proved that more is less. Reid’s vocals were every bit as entrancing as the studio recordings. Keyboardist/percussionist  Dominic ‘Dot’ Major and guitarist Dan Rothman both shared backing vocal duties. Major stepped away from the keyboards and electronic drum pads to play the african djembe — a hand drum similar to the bongo — on more than one occasion, and Reid herself played keyboards on one or two songs.

Their debut album was performed more or less in its entirety over the course of the next 50 minutes. “Wasting My Young Years” was an early highlight which often recalls the vocal theatrics of Florence & The Machine, with a pulsing electronic back-beat. Gentle and wistful single “Strong” caused much excitement among the audience. If there was any doubt that Reid’s delicate singing was a thing of painstaking beauty, it was announced prior to their performance of “Flickers” that she would be taking a minor 5-minute vocal rest, and true to form, Reid departed the stage after delivering the initial verses while Major and Rothman extended the song in her absence with the gentle refrain “it flickers, it flickers in my head.” She, of course returned to turn in 4-5 more exquisite performances. 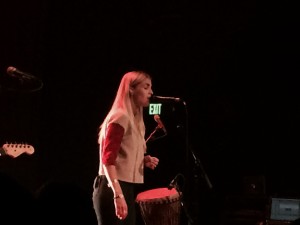 While their repertoire is in its infancy, we can expect much more to come from this young, vibrant band. The performance was wonderfully intimate and you could sense that this was a momentous event that might not be seen again in a similar context if their career trajectory continues in the direction it seems to be heading. Their talent cannot be understated and their live performance was validation of this and left the audience walking away more than contented: enraptured and transformed.

Singer-Songwriter, Ingrid Michaelson’s Kookie Charm and Beautiful Voice Shown Through at her Intimate Performance at the Grammy Museum. 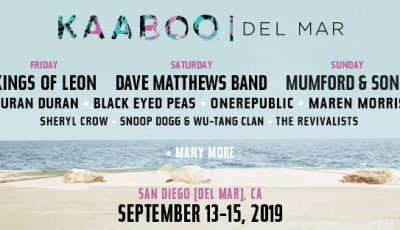 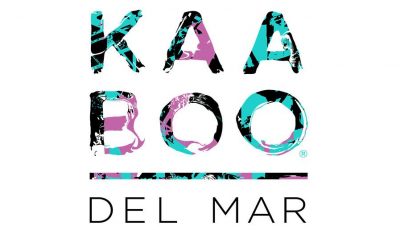 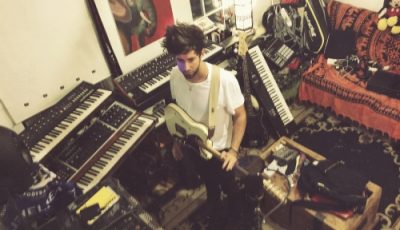 An Interview with The London-Based Musician and London Grammar’s Younger Brother, BRUNO MAJOR!