Lil Wayne Has Epilepsy : What Does This Mean? 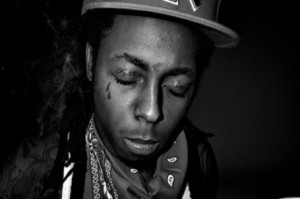 Lil Wayne has admitted that epilepsy caused the recent bout with seizures that had him in the ICU 0n the weekend of March 14th. After doing a little research, we feel we found the best way to explain the condition, and what it could do to people who have it. Below is the NIH: National Institute of Neurological Disorders and Stroke’s official definition.

“Epilepsy is a brain disorder that causes people to have recurring seizures. The seizures happen when clusters of nerve cells, or neurons, in the brain send out the wrong signals. People may have strange sensations and emotions or behave strangely. They may have violent muscle spasms or lose consciousness.
Epilepsy has many possible causes, including illness, brain injury, and abnormal brain development. In many cases, the cause is unknown.
Doctors use brain scans and other tests to diagnose epilepsy. It is important to start treatment right away. There is no cure for epilepsy, but medicines can control seizures for most people. When medicines are not working well, surgery or implanted devices such as vagus nerve stimulators may help. Special diets can help some children with epilepsy.”

Without knowing the specifics related to Wayne’s case, it is hard to speak definitively on how it is currently affecting him, or how it could affect him in the future.  What is important to note however, is that the condition’s severity can, at times worsen as a person ages.   This is because the abnormal, or excessive neural activity that causes seizures is related to the neural activity that teaches the body its behavior.  Therefore, the epileptic activity could equate to teaching the brain the seizing behavior improperly as part of the body’s normal usage patterns.
Below is well-known Hip Hop personality, DJ Felli Fel’s interview with Lil Wayne for LA’s Power 106 FM.  In it he discusses his history with seizures, and the music from his recently released, I Am Not A Human Being II album.  It is actually one of the best interviews we’ve heard, on this or any other subject from Lil Wayne in quite a while.  Check it out.
DJ Felli Fel Interviews Lil Wayne
Power 106 FM

On The Radar: Dustin Tavella