The evening was hosted by the president and chairman of the ASCAP board, Paul Williams and the chief executive officer of ASCAP, Elizabeth Matthews. The night honored the top pop music songwriters of 2016. Indeed, the creme de la creme of the songwriting community filled the venue.

With 600,000 members representing more than 10 million copyrighted works, ASCAP is the worldwide leader in performance royalties, service and advocacy for songwriters and composers, and the only American performing rights organization (PRO) owned and governed by its writer and publisher members. 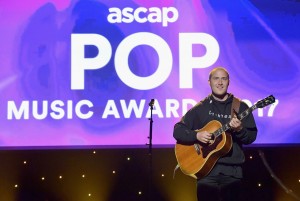 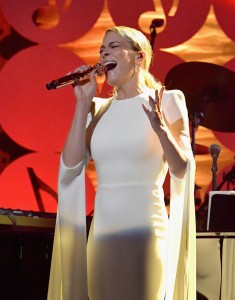 All Access was thrilled to be part of this special event and witness so many incredible songwriters be rewarded for the work they do all year long. It was a indeed a great year of pop music! 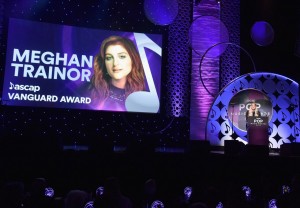 Along with awarding the year’s best songwriters, Meghan Trainor was given the ASCAP Vanguard Award. In the two short years since she released “All About That Bass,” she has released six multi-platinum singles, two critically acclaimed albums, three headlining tours and 12 awards including the 2016 Grammy for Best New Artist.

To wrap up the star-studded evening, legendary songwriter, Diane Warren was given the ASCAP Founders Award.

According to ASCAP, “Diane Warren is one of the most continuously prolific and successful songwriter of our time. She is the sole owner of her publishing company Realsongs.“ Her songs can be heard in more than 100 films and she has been nominated for 14 Grammys. Diane has written for Whitney Houston, Cher, Aerosmith, Elton John, Faith Hill, Aretha Franklin, Brandy, N’SYNC, Eric Clapton, Celine Dion Mariah Carey, LeAnn Rimes and many many others.

Max Martin was also given the ASCAP Songwriter Of The Year Award. He wrote the 2016 hits “Can’t Stop The Feeling” (Justin Timberlake), “Dangerous Woman” (Ariana Grande), “Hands To Myself (Selena Gomez), “In The Night” (The Weeknd), “Just Like Fire” (Pink), “On My Mind” (Ellie Goulding), “Send My Love (To You New Lover) (Adele) and “Wildest Dreams” (Taylor Swift). This was his 10th time winning this prestigious award!

There were several performances throughout the night. Bass player Marcus Miller and singer Tata Vega covered Meghan Trainor’s “All About That Bass” and rising star Jasmine Thompson sang Meghan’s tracks “Like I’m Gonna Lose You” and “Old Friends.” Mike Posner played his mega-huge hit “I Took A Pill In Ibiza” and LeAnn Rimes belted a gorgeous new version of her 1997 smash, “How Do I Live Without You” in honor of Diane Warren who wrote it. 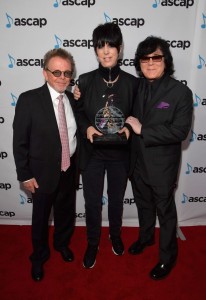 The ASCAP Song of The Year went to the Universal Music Publishing Group and Justin Bieber for his hit song “Love Yourself.”

For more on ASCAP connect with them online here:

An Interview With Musician, FRANK SHINER, On His Brand New Album ‘Lonely Town, Lonely Street’ and Much More!