Ladies & Gentlemen, Are You Ready for Labrinth’s Newest Track? 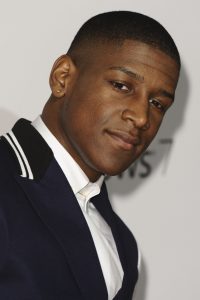 The newest era of electronic music has provided us with novel melodic experiences, case in point – the cross-pollination of genres. Some genre-bending works better than others, but with the evolution of technology, musicians have been able to balance unique sounds and fuse genres together that were once mutually exclusive. English singer, song-writer, rapper, and producer Timothy Lee “Tim” McKenzie, better known as his stage name Labrinth, just released a superb example of what this era of genre-bending can bring.

Following his signature sound of the first single Let It Be from his second album Take Me to the Truth (TBA),  Misbehavin’ begins with an electronic buzz and semi-hyphy intro. Which leads you to assume the song will be of a more EMD style, but when the beat kicks off, Labrinth’s vocals come in with a gospel vibe that is of pleasure and surprise.  His distinct vocals and unique production make it impossible to overlook in the newest Apple Watch Series 3 + Apple Music commercial:

Combining old-school big band instrumentals with a swing flare, Misbehavin’ takes you on a historic journey of sonic proportions. From funk and doo-wop, to a Jimi Hendrix style electric guitar solo, Labrinth is the guiding soulful voice through a brassy electronic breakdown that finishes off with a classic jazz outro. He is able to layer the musical elements in a way that makes the genres seamlessly simpatico. This unmistakable style is what music evolution is all about – creating remarkable sounds, so rare yet identifiable your brain longs to hear it again and again. 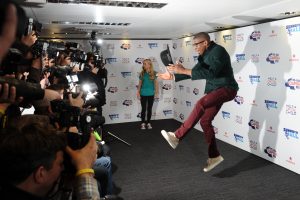 Be sure to follow Labrinth and watch for this new album Take Me to the Truth to drop later this year.

An Interview With the Pop Singer, BRIE ANGELLINA On New Music, Biggest Inspirations and More!