EXCESS LIVE IN TEXAS: “THE KING” RULES ON CONCERT DVD GEORGE STRAIT THE COWBOY RIDES AWAY: LIVE FROM AT&T STADIUM 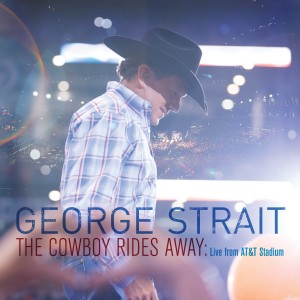 Known to his fiercely loyal fan base as “King George,” it was abundantly appropriate that the beloved George Strait, easily the biggest country music star in the Lone Star state, would end his 2014 The Cowboy Rides Away Tour in the castle-like home of the Lone Star state’s beloved football team with the star on their helmets, the Dallas Cowboys. Fitting for the “King of Country,” The Cowboy Rides Away: Live From AT&T Stadium DVD (available August 28) captures the Texas native holding court in front of (what else) the biggest audience ever (104,793) for a North American indoor concert. Aptly, the concert collection opens with a shot of Strait entering the massive stadium with an announcer introducing him as if he were a heavyweight champion entering the ring; only in this case, the ring is replaced by a revolving round stage placed in the middle of the enormous throng.

True to the old adage that everything’s bigger in Texas, Strait’s show includes a huge star-studded list of some of the biggest names in country music sharing the stage with the man who many of the superstar guests cited as a big influence. The cavalcade of current and classic collaborators kicks off with Vince Gill, who swaps vocals on Strait standards “Love Bug” and “Does Fort Worth Ever Cross Your Mind,” followed a couple songs later by Jason Aldean alternating lead vocals on “Fool Hearted Memory” and the tender “Nobody In His Right Mind Would’ve Left Her.” 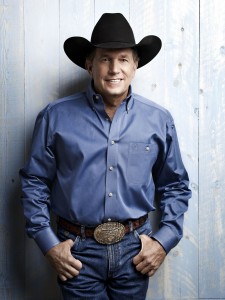 The parade of Strait devotees outwardly giddy to be in the company of country royalty continues with Eric Church trading verses with “The Cowboy” on “Cowboys Like Us” and “Easy Come, Easy Go;” Sheryl Crow going toe-to-toe with her idol on the rollicking “Here For a Good Time” and the poignant “When Did You Stop Loving Me;” Martina McBride playing the role of June Carter and Tammy Wynette on “Jackson” and “Golden Ring,” respectively; Faith Hill following Strait’s lead on “A Showman’s Life” and “Let’s Fall To Pieces Together;” Alan Jackson verbally jousting with his hero on “Amarillo By Morning” and “Murder On Music Row;” Miranda Lambert leading the way on the apropos “How ‘Bout Them Cowgirls” and the hit-the-road reflective relationship saga “Run;” and Kenny Chesney, capping off the lineup of loyalists melding their voices with their host doing “Ocean Front Property” and “The Fireman.” 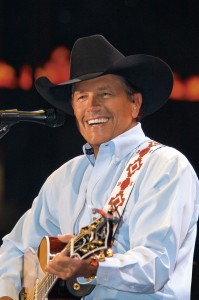 Of course no George Strait show – especially one held deep in the heart of Texas – would be complete without the Lone Star state native son doing his signature song, “All My Ex’s Live In Texas.” But this time, again appropriate for the occasion, Strait invited all of his special guests to come back onstage one more time for the encore and join him on the two most apt numbers of the night, “All My Ex’s Live In Texas” and the somewhat bittersweet semi-swansong “The Cowboy Rides Away.” Semi-swansong in the sense that Strait has said in the past – and did so again in this DVD – that he is taking a timeout from mounting massive tours, but he’s not yet ready to ride off into the sunset for good. Nobody in his right mind would leave millions of fans wanting more for long. Like a love of your life you once left behind, George Strait’s relationship with his fans is like a fire he can’t put out. 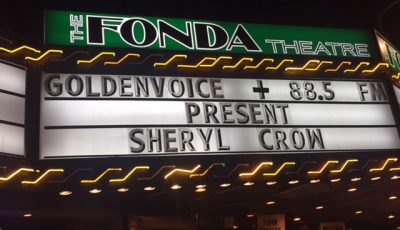