Joe Sansome of British Band, These Reigning Days Chats About Playing for 80,000 people, His Love for The Wu-Tang Clan, Meeting His Bandmates In Handcuffs And More! 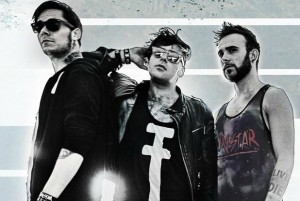 In the last few months, These Reigning Days has supported Bon Jovi playing in front of 80,000 people at the San Siro Stadium in Milan, played the main stage at The Polish Woodstock in front of 500,000 people and attracted global interest from fans and the music industry. 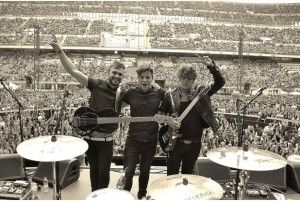 These Reigning Days music is often described as anthemic, epic stadium rock. It fuses layers of strong but understated guitar lines with a twisting, indie-pop synth sound that quietly drives the compositions. Drawing on a great range of influences their songs, penned by lead singer Dan Steer, are memorable, danceable and instantly accessible whilst still retaining much depth for those who want to glean more. Dan’s stunning unique and powerful vocals and soaring guitar are underpinned with a pulsing rhythm section from drum phenomenon Joe Sansome and formidable bassist Jonny Finnis.

The last two years have shown that that early confidence was not misplaced as These Reigning Days have garnered support from some of the most influential people in the industry and gone on to play to on some of the biggest world stages and built up a loyal fan base. Their songs have already been placed in major feature films and on MTV.Their single “Too Late” subsequently rose to the top of the Italian charts. They have toured with The Feeling and played at Glastonbury, Liverpool Sound City, Go North and Boardmasters.

Their catalogue of reviews is impressive and there is now huge anticipation for the release of their album globally in 2014. They have tours planned in Australia, India, the UK and mainland Europe in the first part of next year. Their singles are being play listed on radio stations all over the world and since being invited to showcase at the prestigious Musexpo in Los Angeles.

All Access Music Group writer, Nicole DeRosa got to catch up with drummer, Joe Sansome recently for a little Q&A. Read more from their chat here: 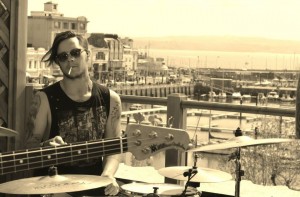 How would you describe your sound? What is These Reigning Days vibe?

I’d describe our sound as anthemic balls out rock and roll with an electro twist. And that pretty much sums up our vibe, If there is something worth doing, its worth over doing (to quote Steven Tyler!) We were working on trying to achieve a stadium sound while still playing small clubs in our early days, and for good or bad, we have stuck with it!
Can you tell me about the evolution of the band so far? How did you all meet and how have you changed or evolved since you started?
It started initially with me and Dan. I caught wind that he had moved to my area, and over the years we’d play the same shows in different bands. So when I heard this, I sent him a message offering to go for a pint and talk about a possible new band. Turns out, he’d been thinking the same thing so it was pretty much a done deal within the hour! We met for a pint anyway down our local music venue (The 27 club, which is where it all began) and I thought I’d bring my old bassist with me Jonny. We had a few drinks, discussed how we wanted to change our game and do things differently and by the end of the night, These Reigning Days was born!

“The night ended up with me and Dan in handcuffs… long story, perhaps one for the book!”

How has tour life been? Favorite cities? Any fun / crazy stories from the road you can share with our readers?
Tour life has been a dream. We have done and achieved so much more than we thought we would in a few short years. I honestly don’t think you can get bored of traveling the world and playing music with your two best mates. Its a cliche fairytale I guess. I’d say my favourite city was Rome, we had a crazy couple of days there and the memories have been etched into our minds! As far as stories go, there are too many to name, and possibly too much we shouldn’t say! But for a readers friendly story, id say the tour of the Alps with The Feeling. Having to physically dig our van out of 3/4ft of snow everyday, playing crazy little bar shows and partying two weeks straight. I managed to lose my wallet, my phone and some clothes just on the first night! But I guess every band has one of those tours, thankfully I feel we have that out of our system now, and we tend to approach things on a much more professional level!
If you could meet any other musician living or dead, who would that be and why? What would you want to ask them?
Whoooaaahh.. tough one! Well, I’ve been lucky enough to meet some of my all time heroes. So I’d go with choosing somebody no longer within our realms, can i pick 3?! Firstly, Michael Jackson, I wouldn’t really want to ask him anything in particular, maybe just take him to a bar for a few hours just to see who he really is. I feel all the media and coverage has made him out to be this child like, naive popstar. I’d want to just dig beneath the surface and see for my self. Secondly, Sid Vicious – the Iconic face of Anarchy. Who wouldn’t want to meet him! and Thirdly Jim Morrison. I’d love to go back and ask him for some of his interpretations of some ‘Doors’ tracks.. Its pretty clear he was out of his mind most of the time, but he carried some huge messages, it’d be nice to get into his mindset and see what it was he really truly believed in.
If you were stranded on a deserted island and could only bring 3 things, what would you bring?
Cigarettes, Phone and Bear Grylls.
I know you guys have been to Los Angeles at least twice already, playing at the infamous, Worldwide Radio Summit. How has that experience been and helped the band?
It’s been incredible. We have all grown up admiring the Los Angeles music scene. Most of our favourite bands are coming out of Hollywood too, So to visit not as a tourist, but as a Band was incredible. It gained us real credibility with the right people too, it almost made our critics sit down and listen. Not to mention the fantastic people in the industry we met out there who have all been incredibly helpful with our careers. Just a shame its annually and not monthly! We have slowly built up a family out there!
You recently opened for Bon Jovi in Europe. How did that come about and how was that experience?
Well, we were originally going to be booked for a huge Italian band out there, but we got the phone call to say we weren’t suitable and that they will keep an eye out for us and put us on something more suited, we honestly thought we’d missed our chance and were being politely told no. But completely out of the blue, the phone rang a few weeks later and we were told we got the JBJ gig! We were ecstatic but desperately trying to stay calm in case it got pulled again!

The next thing we know, we were walking down the stairs of our dressing room, through the back of the stage and had a 10 minute call ready for us. That’s when it hit us. We were the only support band too, so the 80,000 people packed into the San Siro Stadium were all itching for music. The 10 minute wait seemed to take an hour, and then before we knew it, we were walking the ramps to the stage. I sat down behind the kit, Put my In ear monitors in, looked up to count the band in and that was it. It seemed like 30 seconds and I was back in the dressing room! Luckily we filmed the occasion because it was all just a blur!

What’s in your playlist right now? What bands are in current rotation?

The last few weeks have seen me blasting out the new album by The Feeling, Wu-Tang Clan, Architects, The Doors and Beatsteaks, The Black Crowes, and Brody Dalle. I have a huge obsession with Brody Dalle, so I’ll go through all of The Distillers, then on to Spinnerette, then her new Debut album!

What album might we be surprised that you listen to? (ie:guilty pleasure music / song)

Heart – “All I Wanna Do Is Make Love To You.” 80’s hair ballad at its finest! I literally can’t get enough of that song!
What’s on tap next for the band?

Our New single Opera Of Love is out on the July 21st in the UK. The Debut Album is out September 22nd in the UK. As for the single and album release dates, there are some variations from country to country, depending on tour schedules. We have just announced our Album Tour of Europe for November, we will be announcing another European tour for October, West Coast Tour of the States, Russia, Australia, UK… we will basically be touring our asses off this year!

To PRE-ORDER The Album OPERA OF LOVE on iTunes, click here !

These Reigning Days – Opera Of Love

These Reigning Days -Living It Up

These Reigning Days – Too Late

To read more about These Reigning Days and find out their tour dates, visit their website here

10 Questions with Swedish band, Little Great Things, Including Their Connection To ABBA! 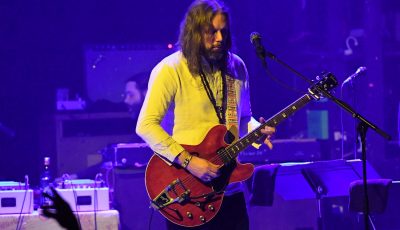 MUSICAL COMPANIONS: RICH ROBINSON REUNITES WITH BIRDS OF A FEATHER TO FORM THE MAGPIE SALUTE