Looking for a band to deliver authenticity and true to the album sound, go see Jimmy Eat World. These guys will deliver. Front-man, Jim Adkins, himself, sounds exactly, if not better then he does on their albums. Celebrating twenty years as a band, the gentlemen from the Arizona pop-punk quartet Jimmy Eat World are getting on in years now, but right from the beginning of this concert, it was obvious that they’ve still got it. 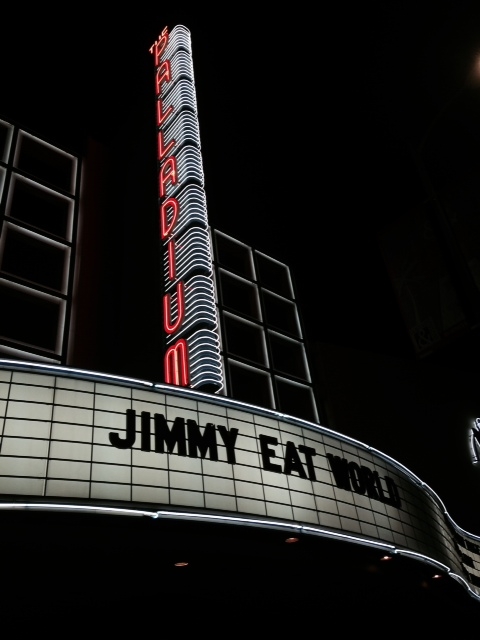 Still singing in the same style as they always have, new songs such as set opener “I Will Steal You Back” from their recently released album Damages, these guys were able to seamlessly transition into older tracks and were worthy of ushering in a new generation of fans. Whether you’re a fan of their new material or not, there is something magical about an entire room of people singing along to their classic hit, “Sweetness”. I know that I felt it. It seemed like the entire audience was singing along to every song at the top of their lungs during the nearly two hour set filled with a wide variety of songs from almost all of their albums. “Hear You Me” has always been a favorite Jimmy Eat World song of mine and it gave me goose bumps to hear them sing it live and so well, at that.

Sweat-soaked and smiling, band members handed off drumsticks and guitar picks to the lucky people in the front rows, before expressing their sincere gratitude to all those in attendance.

Yes, Jimmy Eat World didn’t disappoint and continues to maintain their title as one of the most, if not the most, consistent bands in rock right now.

LIZZO’s ‘Cuz I Love You Too Tour’ Made 3 Stops at LA’s Hollywood Palladium! 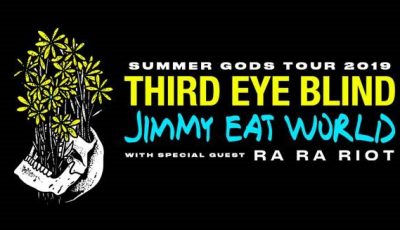