Interview With Multi Tasking Pop Duo MKTO: Who Starred On TV’s “Lost”, The Movie, “The Purge”, About To Tour With Demi Lovato And More! 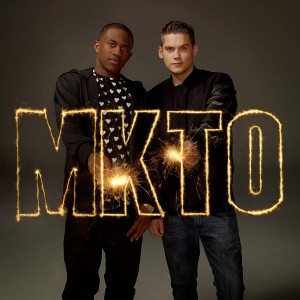 There wasn’t any hesitation. The boys of MKTO, Malcolm Kelley and Tony Oller, instantly became best friends when they first met on the Los Angeles set of Teen Nick‘s television show, “Gigantic” in 2010. However, in between takes, the duo couldn’t stop talking about one thing.

“We dreamed of being on opposite sides of the stage rocking out with the crowd and having them sing along,” smiles Kelley. “Music brought us together, and now that surreal moment is happening.” 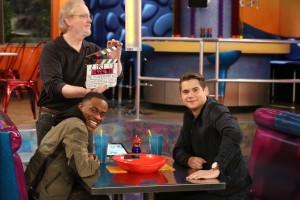 MKTO’s Tony Oller and Malcolm Kelly on the set of Nickelodeon television series “Gigantic” where they met.

It’s happening because the pair tirelessly pushed towards making their shared dream a reality. Oller recalls late nights in his Burbank apartment laughing, bonding, and recording music with Kelley until sunrise. Growing up with a deep appreciation for music, they bonded over influences ranging from Kanye West and Lil Wayne to Stevie Wonder and Muddy Waters. 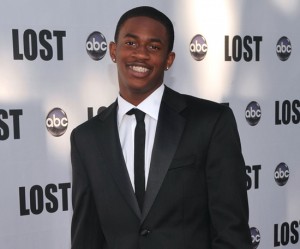 They also shared similar history. Kelley starred in the movie, Antwone Fisher with Denzel Washington and went on to lead the 2004 hit You Got Served before a regular and highly recognizable role as Walt Lloyd on the ABC smash, Lost. 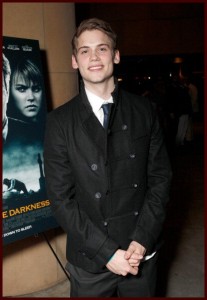 Simultaneously, Oller followed his own path in Hollywood. He went from Disney Channel original series As The Bell Rings to spots on CSI: NY and later the hit horror flick, The Purge starring Ethan Hawke. Their friendship remains the group’s driving force. Not only can they finish each others sentences, but their brotherhood makes for a deep bond on and off stage.
The music still connected them the most though. They cut a few covers on their own for fun, but in the process, simultaneously carved out their own style—a smoothly stirred concoction of pop, hip-hop, and R&B.

“We’re just honest with ourselves first and foremost,” Oller goes on. “We make music that we want to hear, and it encompasses all of our influences. It’s just us and whatever we’re feeling.”

The high-profile producer team of Emanuel “Eman” Kiriakou and Evan “Kidd” Bogart felt it too and inked a production deal with the group 2011. They signed to Columbia Records a year later and began working on what would eventually become their self-titled debut. The album spans a myriad of emotions and styles, while emanating undeniable energy guaranteeing a good time.The world got to officially join the party when MKTO released the first single “Thank You”. The song impressively garnered over 500,000 YouTube/VEVO views in just a day (1 million after three days!), and it went on to become an international hit in Australia. The track “God Only Knows” saw equal success globally, stirring up a palpable buzz in 2013. “God Only Knows” has also got fun dual meaning for Oller.

He says, “In a way, it’s a song about a girl, but we wanted to juice it up and talk about a video game. Sometimes, you choose the video game over the girl. We’ve all been there!”

However, the second single “Classic” struts through a soulful groove with an immediately unshakable chorus and impressive rhymes. It certainly lives up to its name as well.

“It’s about a classic woman and bringing her home to mom,” Kelley admits. “She doesn’t need a lot of accessories or makeup to make herself feel better. She’s comfortable in her own skin. That’s the dream girl.”

Everything culminates on the stunning “Goodbye Song”. One of the first tracks the guys cut, it’s a fitting send-off rife with a big hook and passionate delivery. “It merges rap and singing in a cool way,” Kelley continues. “It’s fun to perform, and it’s catchy melodically. It’s a unique little way of saying goodbye to a girl. You’re putting your hands up and waving bye.”

Another song on the album, the uplifting and kinetic “American Dream”, speaks to the double entendre of their name, which not only represents their initials, but the phrase “Misfit Kids and Total Outcasts”.

“You’ve got to do what you want to do and speak your mind,” adds Oller. “It’s about following your dream. We always knew that we wanted to do this. You’ve got to want it. I believe in this quote so much: ‘You will gain success when you want it more than the air you breathe’. When you eat, sleep, and breathe it, it’s yours.”

They’re a testament to those words, and they’re going to bring this dream farther than they’d ever imagined as they tour the globe in support of the album throughout 2014 and beyond.
Oller concludes,

“We make music we love. We want to entertain and give listeners an escape. Each song is a story, and everybody is invited along for the ride with us.”

MKTO released their second single, “Classic” along with the music video on June 20, 2013. In July 2013, they opened for Emblem3 on their summer tour across the United States.  They also served as the opening band for Demi Lovato‘s “Demi: World Tour” in 2014. In February 2014, their debut album went to #1 in Australia and #6 in New Zealand.

Check out 10 Questions with MKTO below with All Access Music writer, Nicole DeRosa:

How would you describe your music to those who have not had the pleasure of being introduced to your sound?
Pop/Rap

What’s the vibe of MKTO ? What could we expect at your shows?
Lots of energy!  We like to leave it all on the stage!

What’s your favorite song that you guys have written and what was the influence?
Well, “No More Second Chances” was a song we came up with on our own so it was pretty cool to see it on the record.

What was the first piece of music that you fell in love with growing up?
Country and Billy Gilman.

I had a dream I was performing with Michael Jackson. If I could have just been a fly on a way in a studio session!

How has the tour been so far? How has life on the road been treating you all? Can you share with us any memorable stories from the road so far ?
It has been an amazing experience, especially going from opening to headlining..its what you want as an artist. Having a tour bus is dope. We have our mobile studio. Love it.

If you were on an island and could only bring 3 things, what would you bring?
I would want to bring the restaurant Chipotle because I love it. Basketball court and studio to record music.

What is in your current music playlist?
One of our favorite go-to songs before a show is Latch – Sam Smith and Disclosure.

Do you have any hidden talents we don’t know about that you would like to share with our readers?
We have been playing golf when we have some time off.

What’s on tap next for MKTO this year?
Finishing up our American Dream Tour then touring with Demi Lovato!

To Learn More About MKTO Including Tour Dates Visit Them Here !