3 days before her 18th birthday the rising singer/songwriter Tatum Scott found herself entering the studio to record her debut EP. The project, titled Dear Future Me found Scott making sense of her world within an acoustic and introspective form. Less than a year later saw Scott release her latest single, “goodbye guy” which marked a starch contrast to her previous releases through upbeat melodies that combine acoustic guitar riffs and light synths. The North Carolina native continues to develop her sound as she takes on the next chapter of her life: college. She joins All Access to answer some questions where she discusses everything from the new single, how she used Instagram to land an audition with The Voice, how she balances music, school and her social and so much more. Check out the full interview below:

ALL ACCESS: Let’s start from the beginning – what inspired you to pursue a career in music?

TATUM SCOTT: My mom has always been musical and plays the piano by ear so she definitely gave me a love for music and it came naturally. When I was little I would always look up to Taylor Swift and Carrie Underwood. I always wanted to be just like them. I remember when Carrie Underwood won American Idol and I would always tell myself that I am going to be on that show one day.

AA: How has growing up in North Carolina influenced your music? Do you see yourself staying there for a while?

TS: It has definitely been tough growing up in a small town in NC, because there is obviously not a lot of opportunity so I have had to do the best I can musically. I play as many gigs as I can and record my original music in a local recording studio so I am grateful that I have access to that. I grew up here so this place will always been home, but I will not be staying here because I feel like there is so much of this world that I have not been able to see and experience.

AA: How do you balance pursuing music, having a social life and also going to school? Any advice/routine/tips you found that work well for you to be able to balance them all?

AA: Congrats on the release of “goodbye guy” – what’s the story behind this one?

TS: Thanks! “goodbye guy” is a super quirky and fun song that is about teenage love- so many people ask me what the story behind this song is and they make assumptions about who it is about and I always tell them it is not about anyone specifically – Its just in general like when I think I am falling for someone and I think he is falling for me. Because there is a line in the song that says “sometimes I fall too fast” before I can really know how someone really is. and that line is so true and I feel like it is relatable too- and then the song goes on to say “is love really blind or am I to the goodbye guy.”

AA: “goodbye guy” follows up 2020’s EP, Dear Future Me that contained two acoustic driven songs that are distinctly different than this most recent release. How did you approach “goodbye guy” differently than those two?

TS: So my EP Dear Future Me shows definitely more of my chill side- and it’s more of me telling my story about growing up and becoming an adult and its very laid back.. both of the songs are acoustic driven which fully separates the EP from the single “goodbye guy.” They both show two completely different sides of my personalty which is so cool. So I definitely think I have found my voice in this specific style.

AA: How did the pandemic affect or adjust your plans as an artist? Were there plans to release more music initially?

TS: The pandemic really motivated me to keep going and keep writing because I had a lot of down time. I did several livestreams like this with different artists and connected with so many people which was super cool.

AA: You’re currently (19) and so you grew up with social media and information at your fingertips. How has it been growing up in the digital age? Anything you wish would change about social media going forward?

TS: Social Media has definitely made a huge impact on me especially being a musician. I have met so many people- You can market yourself, you can contact anyone using hashtags and whatnot. For example when I was about 16 The Voice casting page was hosting this thing called the InstaBlinds on their official casting page for Instagram. It was like blind auditions but through Instagram. And people had to post themselves singing but they could not show their face so it was like an actual blind audition. I obviously wanted to do this and decided to post a video of me using the hashtag InstaBlind. I didn’t think that anyone was gonna see it considering the fact that hundreds of people posted and they could only choose 6 winners to compete on their Insta Story using polls to narrow it down to 3 to compete again for the red card for a live callback in NYC. So I ended up being one of the three winners which was crazy to me and from there I got a callback.

AA: If you had the ability to headline any music festival or musical event – which would be a dream for you to perform at?

AA: If you could only listen to (5) artists for the rest of your life who would they be?

Thank you to the talented up-and-coming Tatum Scott for hanging. Be sure to keep up with Tatum by following along with her journey by checking out her social media below: 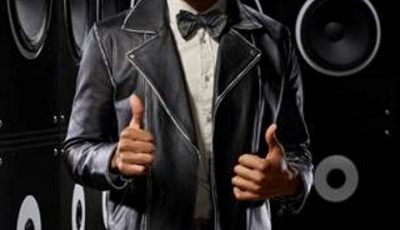