The room was filled with anticipation ahead of LOCS’ debut performance in Los Angeles. It was clear a lot of familiar faces had showed up in support of the rapper’s We Found New Music showcase concert – that doubled as his EP release. His first full project – ANOMALY – was about to drop in less than an hour. The 6-song EP features previously released songs “On Top” and “Get up” and four new ones that follow the high-energy, sync ready sonics from the singles. At just 24, the young artist is already proven himself scoring support across various Spotify playlists, editorial support from EARMILK, Rolling Stones India, Ones To Watch among others, in addition to song placements with Bally Sports, HBO Max and NFL Network. Despite all that the Ohio born, San Francisco based artist shows he has more to prove in the no holds barred ANOMALY EP. Among his various performances around Los Angeles this past weekend, All Access got the opportunity to catch-up with LOCS to learn more about the EP, why it’s gotten tougher to decide which music to release, which candy is “supreme” in his eyes and much more. Check out the full interview below and be sure to dive into the new EP – your ears will thank you.

ALL ACCESS MUSIC [Austin]: Let’s start from the beginning, what is it about music that made you want to pursue a career in it? Do you remember the moment when you knew music was your future?

LOCS: I became interested in music when I noticed the effect it had on people and what positive aspects it brings to life. After I made my first song in college, I realized I wanted to pursue that career for the rest of my life.

AA: A huge congrats on the release of your debut EP, ANOMALY. Why did you feel now was the right moment to release your debut EP?

LOCS: Thank you! My music is perfect for the summer as people like to party and have fun. The EP is filled with energy and enthusiasm that would turn any gathering to a fun and enthusiastic function. Fun fact: All of the songs made the album and was made in a week.

AA: What song on the EP were you most nervous to release? Has it gotten harder or easier to release personal songs as you progress through your career?

LOCS: I’m a little nervous when I drop new music because I’m always wondering how people are going to react. It has gotten tougher to decide what music I release because I’m so diverse. I have many different sounds I’m sitting on.

AA: Congrats on scoring sync placements for “Get Up” for the Bally Sports ads, “Jordan” in HBOMax’s “The Hype” in addition to love on “Illuminati” from the NFL Network. Where were you when you found out about your first sync placement? What show/network/ etc. would be a dream to get a sync placement on?

LOCS: I’m usually out and about doing regular things when I find out. It can be a random phone call at any time and it’s hard to not celebrate wherever I am. I would love to do a sync with an action movie like Fast and Furious. I would watch it 100 times.

AA: Originally being from Columbus, OH but now residing on the West Coast in San Francisco, have you seen any change or a difference in influence in your music based off the city you live in? What’s the think you miss most about Columbus?

LOCS: That’s interesting you ask because I think it has. Living in the Midwest is cold and gloomy so I feel my music was more conscious. Living in Atlanta for a little bit moved my music into the party vibe. Living on the west coast has incorporated a happy vibe.

AA: You had a tweeting spree where you tweeted a variety of different types of candy that were “supreme” including Reese’s Peanut Butter Cups, Laffy Taffy’s, Gushers, Peanut Butter…but what candy is the ultimate supreme in your eyes?

LOCS: Reese’s Peanut Butter Cups for sure, hands down, if they need an artist for a commercial I need to be the one. Best candy of all time.

AA: What has been the most meaningful, embarrassing, craziest, etc. fan encounter/message you’ve had/gotten?

LOCS: I had a fan who discovered my music on a big Spotify playlist Mellow Bars and he found me on Instagram. He stated “came across your music on Spotify and came to Instagram because I thought you were famous.” Upon seeing that I wasn’t “famous” yet I haven’t seen another word from him.

AA: If you were leaving for a nationwide, 30+ show tour tomorrow what would be the (3) things would be essential to bring from home on that tour schedule?

LOCS: Great music with great energy. This is going to be an amazing year for LOCS.

A massive congrats to LOCS on an incredible debut EP and a huge shout-out for hanging for this latest All Access interview. To keep updated with the talented rapper be sure to follow along with the links below: 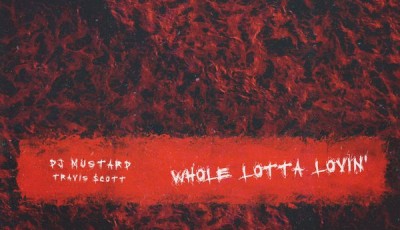 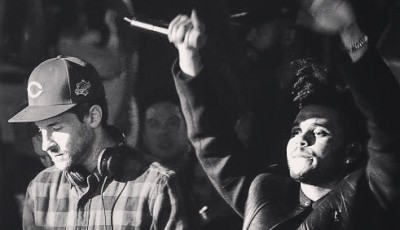