As the brainchild of Jared Russell, new band Chlorine was created as a self-described grunge rival and pop punk revival. Since playing in punk bands since he was 12, Russell now looks to bring his most honest lyrics to the project as he looks to provide comfort in these crazy times – and the debut single “Thanks For Nothing” does just that with its nostalgic but refreshingly original sound. The single also features a Four Year Strong connection with studio production done by Alan Day and studio drums done by from Jake Massucco. The Pacific NorthWest based band, which in addition to Russell also features OB on drums, is just getting started with the release of debut single and All Access was lucky enough to get to ask the two some questions about the new project. Check out the full interview below to learn more about the debut single, the inspiration for the new band, why they feel the pop-punk sound is coming back and more below:

ALL ACCESS: For both of you, do you remember when you realized music was what you wanted to make a career out of? What do you think you’d be doing if you hadn’t gotten into music?

JARED: I started playing music around 12 years old and it was the only thing that made sense to me and gave me comfort growing up in a chaotic environment. There was no question this is what I wanted to do.

OB: Coming from a musical family, I started playing drums at a young age mostly just for fun or to jam along to my favorite bands. It’s really been in the past 5 – 6 years that I found the drive to take my music seriously and see what I’m really capable of.

AA: Congrats on the release of the debut single, “Thanks For Nothing.” Why did this one feel like the right one to introduce Chlorine to the world with? How many other songs are you guys currently sitting on?

J: “Thanks For Nothing” contains all the elements that the listeners can come to expect from Chlorine packaged in a 3 min song, seemed like a no brainer!

OB: It really seemed to be the track that we felt like was the best representation of our sound as a whole. I don’t think there was any doubt in our minds that “Thanks for Nothing” was the right song to debut with.

AA: Jared, you’ve been playing in punk rock bands since you were 12. What is it about the punk rock sound that you were drawn to initially and what about it has kept you so dedicated to it?

J: Punk Rock has always stood for something and was there for me when nothing else was. I think that’s why we all gravitate towards it, right? That’s the same reason I keep coming back.

AA: The pop-punk-rock sound has seen a resurgence in the past year with the likes of Machine Gun Kelly, jxdn and even Cheat Codes and Olivia Rodridgo all participating in the sound. Why do you feel we’re seeing this trend of music come back nowadays?

J: Pop Punk impacted the world in a very significant way in the ‘00s and I think it has meant a lot to a variety of people regardless of genre, which is rad. When the influences start lining up, people start catching on. Everything works in circles at the end of the day.

AA: You guys have been in the music scene for a while– how have you seen the landscape change in the day and age of streaming, social media and TikTok? Anything in regards to streaming and social media that you’d like to see change moving forward?

J: Being in a band doesn’t mean just being in a band anymore. It means you need to be a face and a product even if you’re in the underground scene. But, these tools can be used for anyone to share their music, I just hope people understand how much people put into this and how difficult touring can be and they support smaller bands playing live.

AA: What has been the best punk-rock-grunge show you’ve ever been to?

AA: Is there anything you hope to accomplish with Chlorine that you feel you may not have done before with other groups/bands you were a part of?

J: Chlorine is me at my absolute honest lyrically when it comes to mental illness and the struggles in life. I just hope someone who may be going through something similar can get something out of it and we can provide them some comfort in these crazy times.

AA: What’s an ideal “day off” look like for both of you?

J: Hang out with my dog Diego.

OB: Sunny days at the river with my doggo and a group of friends. I should probably find some friends first though.

AA: For each of you, if you could only listen to (5) artists for the rest of your life, who would they be?

J: We will be releasing the remainder of The Bittersweet EP which will be 4 tracks total. A couple shows are being booked and hopefully recording again early 2022.

Congrats to Chlorine on the release of the debut single “Thanks For Nothing” and shout-out to Jared and OB for hanging for this latest All Access interview. Be sure to keep updated with the band by following along with the band through the links below: 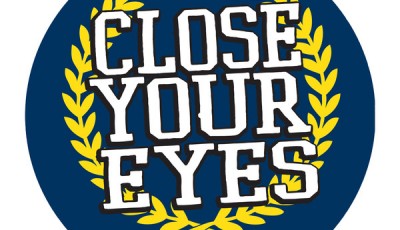 All Access Exclusive Interview with Close Your Eyes at South by So What?! 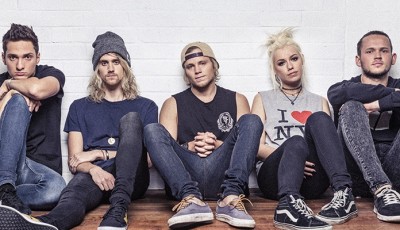 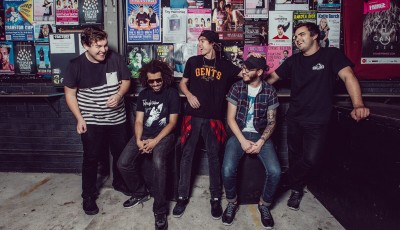