Having never been to the renowned El Cid located in Silver Lake, CA I was eager to catch the surf-punk instrumental group, the Reigning Monarchs perform there on Wednesday, March 12th . Interestingly enough, after the El Cid was constructed in 1925, it was first called the Jail Café. It was a popular café/speakeasy designed like a prison, complete with watchtower, V.I.P. jail cells and guard uniformed waiters. However, today, the space resembles a 16th-century Spanish tavern in 1961 and it features flamenco dance dinner theater Friday through Sunday. However, local bands and various acts can be found performing there on weeknights. 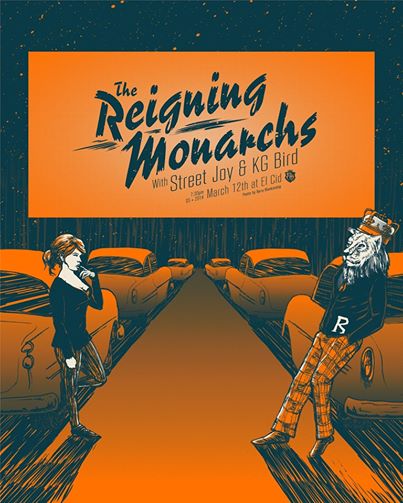 Now back to the music itself.

The Reigning Monarchs are a surf punk band from North Hollywood, California, formed by guitarists Greg Behrendt (author of He’s Just Not That Into You) and Mike Eisenstein (Letters to Cleo). They combine surf guitar, rockabilly twang and brass. Their sound is definitely original and very distinctive. For one, they use horns to raise the dramatic effect on many songs. They also blend in elements of styles that didn’t exist until surf music was already retro. 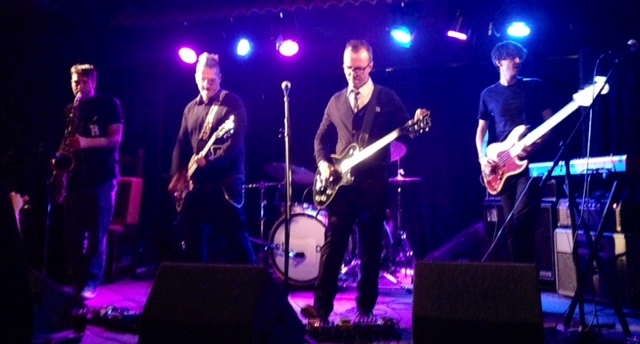 In September 2013, the band released their sophomore album, Black Sweater Massacre, a project funded entirely by fans through the crowd-funding platform IndieGoGo, a Kickstarter alternative. The Monarchs asked for $10,000 to pay for their new release and the fans ending up delivering just under $30,000. This album offers a driving punkabilly blend mixed with ska, reggae and lounge music. The band really wants to be is a TV house band. “Like a West Coast, surf punk version of the Roots,” Eisenstein says. “A band that people can get down to, that can do whatever you need them to do.”

While their music and live shows stand on their own, the band has also made a habit of to featuring guest vocalists at shows. At this particular show at El Cid, the Reigning Monarchs welcomed Los Angeles based singer-songwriter, Natalie Angiuli to the stage to perform Rilo Kiley’s hit “Portions For Foxes”. It was the perfect musical marriage. 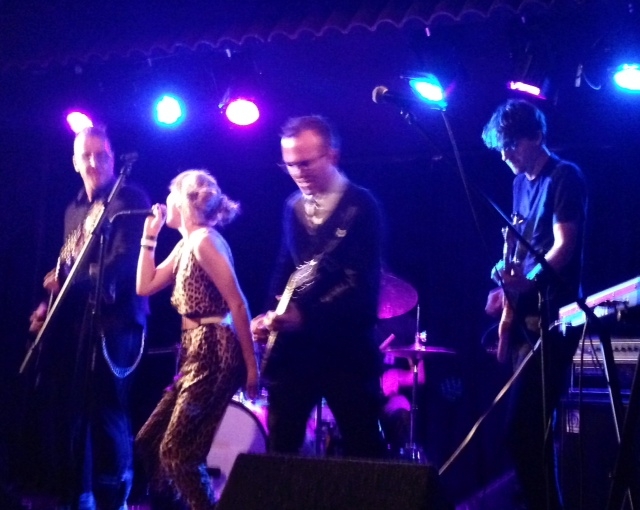 For more about the band, visit thereigningmonarchs.com. 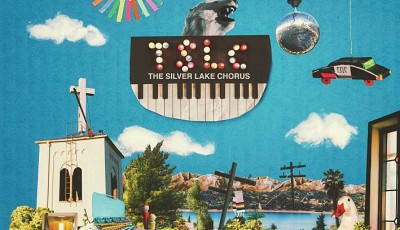 Q&A with THE SILVER LAKE CHORUS – Talks New Album, A Shout Out From Sia, And Their Upcoming Show at The Troubadour!