Brothers Jason and Paul Watkins of the emerging rock duo Clemency hail from tiny Yukon, OK, which sits a tick over 17 miles from Oklahoma City and a touch under 700 miles from Music City, Nashville, TN, the town they now call home. The siblings began making music together in high school, but older brother Jason credits their mother with inspiring his love for music at a much earlier age. 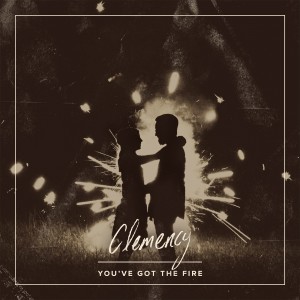 “My love for music started as a kid,” says Jason. “My mother used to sing every morning to me when I was getting up or before bed and always working music into our experiences. She actually wrote a song about show biz; she was just really creative so she instilled in me a love of music.” As for baby brother Paul, it was watching Jason and his older friends pick up instruments and begin penning songs that made him want to do the same. “When Jason started writing songs I was like, look, I gotta have a part in this. I grabbed a bass because that was the free instrument; that was the slot that was open and I started missing some notes on it until they started sounding right and that’s how we started playing music. But even in middle school, just listening to songs like “Glycerine” by Bush or listening to some Collective Soul or maybe some Nirvana; just during that time I was like man this is really great. No matter what it was, whether it was the classic rock or country or grunge of the times, music always had to be a part of my life.”

On February 10, Clemency will release their six-song EP, You’ve Got the Fire. Just a casual glance at the list of influences named on the duo’s Facebook page – Jesus, U2, Johnny Cash, Coldplay, The National, Arcade Fire, The Waterboys, Robert Plant, Bob Wills & the Texas Playboys – suggests how tough a task it will be to pigeonhole Clemency into any particular musical box. Pity the fool who makes the attempt.

In 2005 you guys left Yukon in the hopes of one day striking gold – or platinum – in Nashville. Why the move to the country music mecca, seeing as your music certainly leans more towards rock and pop?

Jason: Nashville obviously is rooted in country music and really known for it, but I think there’s a lot of music there in all genres. From an industry standpoint, we’d heard that you needed to move to one of the big three like New York or L.A. or Nashville and I think Nashville is probably the closest to home but we really wanted to move there because we knew a lot of great players moved there and producers were there and labels, management. So we really knew that if we wanted to set out and do this for real we didn’t know how well our chances were just staying in Oklahoma.

Paul: Yeah it kind of just was like out of the three that’s where we ended up. I’m sure if we would of moved to L.A. or New York we’d still be making music; it may sound a little different, I don’t know. We probably had some different influences because of where we ended up but it’s been a cool ride.

Your forthcoming six-song EP You’ve Got the Fire is set to arrive on February 10 and it kicks off with the epic opener “Color Hits the Canvas.” Talk about painting the sonic scenery that fills that song? 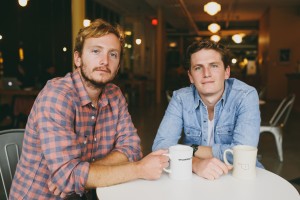 Jason: As far as the sonic landscape, the tone is really set with that piano hook and we kind of built everything around that. You hear some ambient guitars behind that and a dulcimer. I think we chose that song to kick off the record because right out of the gate it has a very recognizable piano hook there and it’s kind of a joyous sound. We really got to credit our producer Brent Milligan for helping us hone that sound that’s so lush, but there is some space there and there’s many layers as well. He’s just really brilliant at helping us make a sound that I would describe as joyous.

Your music touches on all shades of love, aside from the romantic. What other forms of love find their way into your lyrics?

Jason: I think it’s a selfless love; a love that puts others before yourself. We started this story on this EP with a romantic love between a man and a woman that kind of grows into this more powerful, life-altering life-changing love that couldn’t just be contained in those two people. It’s kind of flowing out of them and they’re spreading it to others and they encounter them.

Paul: Yeah, he’s referring to the video series that coincide with the songs.

I was going to ask you about that in a little bit but let’s go ahead and jump into that. Can you tell everybody about the new video series for each of the six songs on the EP?

Paul: We did an EP [My Heart is the Eastern Horizon] that we released in 2012 and we had this idea to do one song per video and release them monthly for five months and that worked out really well for us. We really liked paining a visual and giving somebody something to see and what our interpretation of the song looked like visually. This time around we thought it would be really cool to have one complete story that was told over six songs and six videos. We noticed there was this running theme of love coming out of each of these songs so…we did a cool love story. We started dreaming up what that look like and gathered up some of our friends and went out and shot a love story.

And speaking of visuals – and thanks for the segue – I understand that films also inform your music. How does the silver screen aid in capturing the colors in your songs? 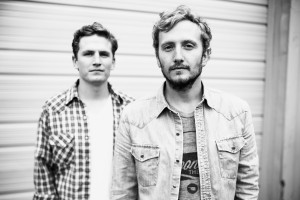 Jason: We love that moment in cinema where music is playing just as big a part as what you’re seeing on the screen; that triumphant moment, that epic moment that you mentioned earlier that is just so moving emotionally. We’ve grown up loving film and music and just love how the two work together. So I think it was natural that we wanted to bring that visual element to our music.

And speaking of colors, talk about the song “When I’m With You the Fireworks Go Off.” What can you tell me about that song?

“Runaways” is the song I’ve had on repeat. What or who was the inspiration for that one?

Paul: I think that one kinda started with a little bit of a bass line. We wanted to have a song that you could drive down the road to. Whenever I’m driving down the road a lot of times I pop in some Tom Petty and the Heartbreakers because it’s just good road music and that’s where we wanted to go with this song. It’s funny because “Runaways” lyrically was probably the last song on the record to be finished. We needed “Runaways” to be what it was for the [love] story. Jason came up with the lyrics, so I’ll let him tell you about those, but that was the part of the story that we lacked.

Jason: It’s that moment when it’s time to break free and go for it. On the record it’s a moment where there’s a decision to be made and there’s a proposition and they take it and run with it. I would describe that as wanting to be free and wanting to go for something great.

We’ve mentioned a few bands in the conversation, including Collective Soul. The song “We Have Love” reminds me of some of the best Coldplay songs. I could hear Chris Martin singing that tune. How did that one develop?

Jason: It started with a little prelude that Paul had picked out on the guitar. It’s in an open tuning and I feel like Coldplay plays a lot of their songs in tuning similar to that. Coldplay’s formula has definitely inspired us and influenced us; we think they’re brilliant. Bands like Coldplay andU2 and even Collective Soul have something that we’ve really been inspired by. Not only by their music but by their overall attitude; how they communicate with their fans, their overall message and their positivity. It’s a little bit different than the average rock and roll mentality and that’s really want drew us to bands like that.

“Let Love Show You the Way” is another stadium-ready rocker. Let me quote a lyric: “When you feel lost/let love show you the way.” What do you say to those who have lost hope in these turbulent times that we’re facing right now? 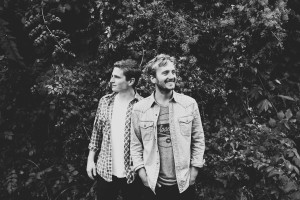 Jason: Don’t give up; it’s gonna get better; weather the storm. There’s always hope and as long as we hold to that in our hearts and in our minds we can triumph over anything. That’s the kind of music we wanna make; music is going to instill that hope in people. We would love to lift people up  and give them hope to endure.

Well said, thank you. The EP wraps with “Heaven in the World We Know.” Jason, I’ll start with you: what is your definition of heaven on earth?

Jason: I think that song was just born out of a deep gratitude for the people in our lives who love us and support us.

Paul: I think that song is just about a beautiful summer evening that’s serene and you’re on the back porch drinking lemonade and the fireflies are glowing. It’s just one of those moments where you’re like, you know what, this is perfect.

Guys  thanks for your time. Again, the EP You’ve Got the Fire is out February 10. It’s been a pleasure.

Jason: Thank you. It’s been amazing; we’re honored. We appreciate it very much.

Known For Their Hit Song, “Who Let The Dogs Out”, BAHA MEN Reveal New Music and More! 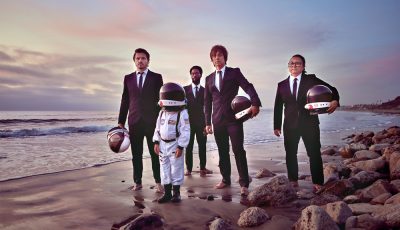