On Wednesday, April 10th, I attended the San Cisco concert at the Troubadour in West Hollywood, CA.

This young Australian indie-pop band certainly delivered. With their Hawaiian shirts and early 60′s pop-meets-surf rock vibes, San Cisco is on the rise. Everything that I hoped this show was going to be, it was and in fact, it exceeded those expectations.

First of all, the floor was ridiculously crowded and there were hardly any spots for my friend and I to even stand. I might add also that there were a surprising number of women in the audience, particularly young teenage girls.

The lead singer and guitarist Jordi Davieson seems to have “it”, the intangible qualities of a rock band front man. He clearly knew how to get the crowd on his side. Among the members of San Cisco is also the charming female drummer, Scarlett Stevens. Generally speaking, female drummers are rare, and Stevens is particularly compelling as she comes across as sweet, yet she has the power to sing (she is secondary vocals on most songs).

As soon as San Cisco strolled onto the stage, rapturous screams erupted from the audience. Hands were thrown in the air and maybe even a few tears were shed. This group appears to have what can only be referred to as mild Beatlemania. 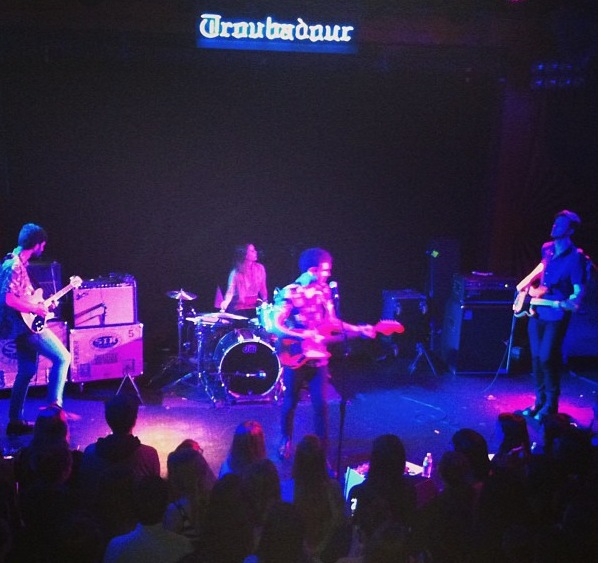 The crowd was legitimately clapping and cheering throughout the show.
These indie-poppers deliver tunes with a rough low-fi garage pop energy, and impress with their bright catchy hooks and depth of song writing. Their simple melodies and easy to follow lyrics is what is getting them all their fans. These long time friends and band mates are just having fun and doing it in a way that gets people genuinely excited. Their songs “Awkward,” “Wild Things,” and “Reckless” were by far welcomed the most by the crowd.

Unfortunately, those of us in the U.S. will have to wait for their next tour as this was their final show in the states as they are heading back to Australia right away.