Of course there are the standard popular ice cream flavors.  Today we’ll take it one step further and venture into the bizzaro side of the creamy confection. 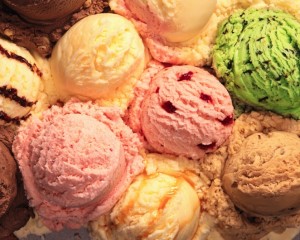 July is national ice cream month.  I do own a calendar.  I am aware it’s June.  This is the time the weather  gets hot across the entire USA.  So, what the heck, lets talk about ice cream now.

First, I did some research about the most popular ice cream flavors.  It’s no surprise that vanilla is the American favorite and has been since dinosaurs roamed the earth.  Don’t quote me on this, I think chocolate chip mint was the flavor of choice for the T-Rex.  Chocolate was the runner up at number two followed by butter pecan, strawberry, and neapolitan.

A bunch of new icream flavors were introduced in April at the annual Ice Cream Technology Conference.  Some of the flavors showcased included hot sauce and Mexican spiced chocolate.

Perhaps you’ll think those concoctions are fairly tame after I tell you about some other flavors that are out there.

You may know that different countries have different preferences for food and taste.  Case in point, Japan.  Haagen-Dazs is now marketing vegetable flavored ice cream in this far eastern country.  There are two varieties, carrot orange and tomato cherry.

Now for some varieties that are far off the beaten path.

Over in London at George’s Portobello Fish Bar you can indulge in their creamed cod ice cream.  Hey kids, lets jump in the Mini Cooper to pick up some of that cod ice cream with hot fudge!

Raise your hand if you like ice cream that tastes like a tree.  Whoops, your hand is in your lap.

If you like the taste of wood, Jeni’s Splendid Ice Creams is for you.  Jeni’s just introduced not one, but two ice cream flavors based on the taste of trees.  The first choice is a pine flavored Oregon fir ice cream.  There’s another option of digging your spoon into a cupful of cedarwood vanilla.  I can’t tell you if Jeni charges extra for bark topping.

Another alcohol based ice cream is sold in Brooklyn.  We’re talkin’ hard booze here.  At Ample Hill Creamery patrons can order up a cup of whiskey butterscotch.

The fial funny flavor can be found in the Big Easy.  In New Orleans try some foie gras ice cream at Creole Creamery.  Personally, I would prefer to “duck” away from that choice.

For me, I will stick with my favorite ice cream flavor.  It’s number 8 on the most popular list, good ole cookies and cream.

A Sweet Phone Interview with Us The Duo! 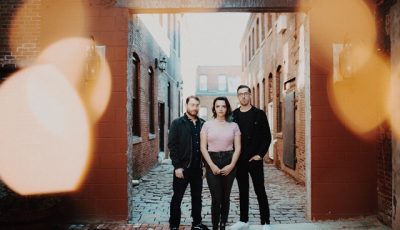