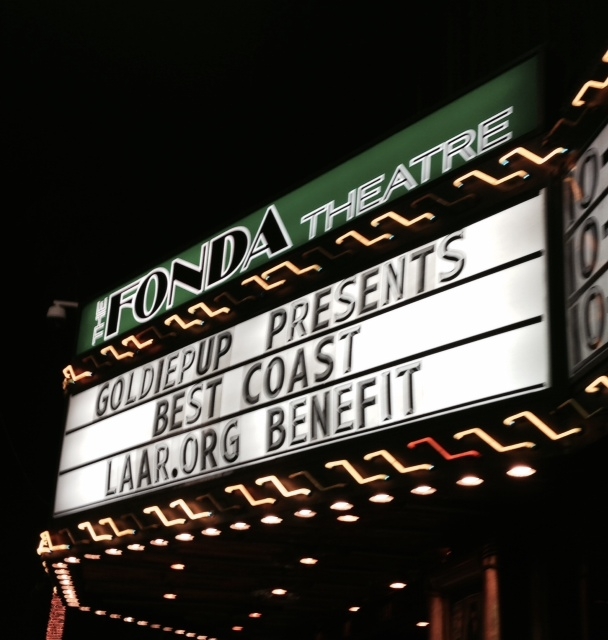 On Monday, October 21st, Los Angeles-based band, Best Coast, headlined a benefit show supporting the L.A. Animal Rescue at Hollywood’s Fonda Theater. In fact, all of the proceeds from the night went to this worthwhile cause. 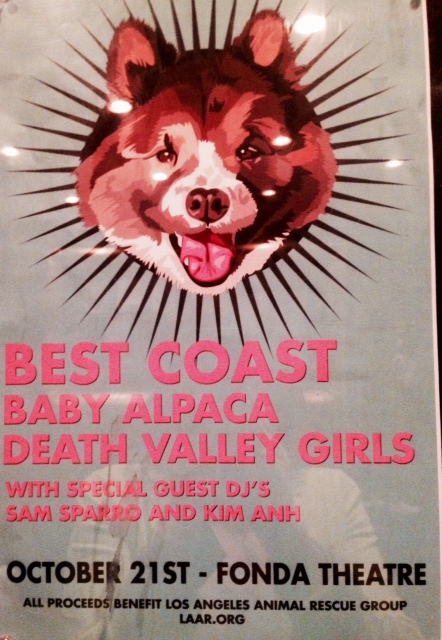 Needless to say, I was overjoyed to finally see Best Coast perform. They are definitely one of my biggest California band crushes that up until this night, I hadn’t had the chance to see. While I am sure that they wanted to promote their latest EP, Fade Away, it seemed like the majority of the night, Best Coast played their older tunes. This was fine by me. I seriously dig those tunes.

Best Coast has been known to be loosely inspired by The Beatles and The Beach Boys  as well as straightforward 1950s/1960s pop music. I can say for certain, this is a fact. Their songs are short and undemanding, and they packed about two dozen of them into this night. 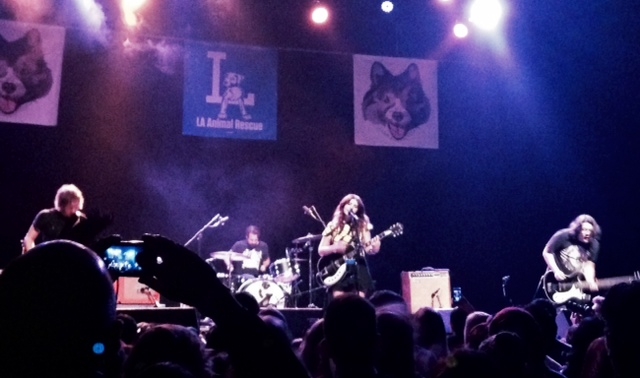 Playing to an audience of mostly young hipsters, they sounded exactly like do on their albums. The lead singer, Bethany Cosentino’s vocals were simple and raw and I really enjoyed her no-nonsense approach to the music.  She is a scrappy relatable songwriter and I found myself wanting to be friends with her. Her laid-back and sarcastic personality certainly shone through early on in the night. The crowd ate it up and guys yelled their undying love for her.  Bethany amused them by yelling “I love you too” back at them. Ms. Consentino’s partner in crime on stage, Bob Bruno, also proved what an amazing musician he is too. 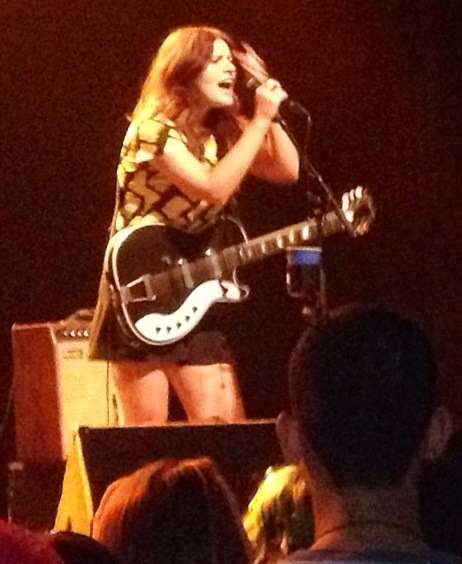 The night ended with their most-loved song, “Boyfriend” with an interlude of low guitar and a chiming hook.

Best Coast is very good at creating a very specific mood in a specific place. Their songs are mostly about the pleasures of California, Summertime, the eternal longing for true love, sun and a home. Indeed, the band rarely veers from this formula and I am so thankful for it. 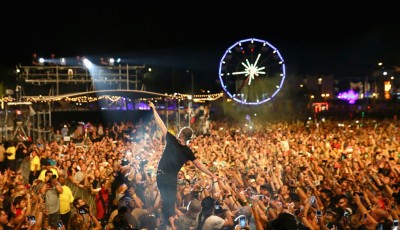