Hollywood Bowl Hosted An Unforgettable Celebration of The Music of LINKIN PARK And Their Beloved Front-Man, CHESTER BENNINGTON

Despite it being the night of the Los Angeles Dodgers’ 3rd game of the World Series, the Angelenos at the Hollywood Bowl last Friday night 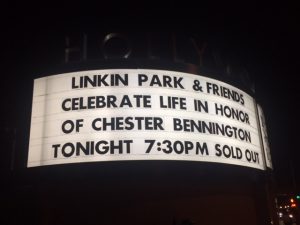 (October 27th) only cared about one thing; the music. Specifically, the music of Linkin Park. It was a night to be remembered forever by the sold out crowd that attended this celebration of Linkin Park’s music but more importantly, their front-man and recently deceased Chester Bennington.

From 1999 to July of 2017, Bennington was the lead singer of the alt-rock band. This summer, on July 20th, Chester took his life and so this concert event was organized to pay tribute to him and the incredible legacy that he left behind. 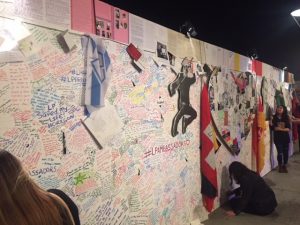 The members of Linkin Park wanted the chance to celebrate the life of their friend and band-mate. They chose to honor Bennington at the Hollywood Bowl by inviting many of his favorite musicians and collaborators to perform with them. This historic concert celebration was the first time that Linkin Park members had performed on stage together since Chester passed away. With their member, Mike Shinoda as the host and constant musician for the night, they welcomed over 20 artists to the stage throughout the evening.

“We’ve worked with so many incredible artists over the years and we are lucky to have a few of them here tonight.” 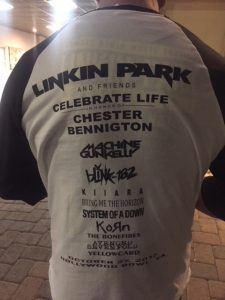 They performed 31 songs which spread out over Linkin Park’s entire catalogue including “Numb,” “Shadow Of The Day,” “Leave Out All The Rest,” “Castle Of Glass,” “Sharp Edges,” “Heavy,” “One More Light,” “Crawling,” “One Step Closer,” “In The End” and so many others. It was incredible to hear all these different tracks sung by such different voices and different musicians.

Shinoda even commented after a particularly rousing rock number, “I feel like we are giving you guys musical whiplash. All that’s left is some country or maybe even polka.” 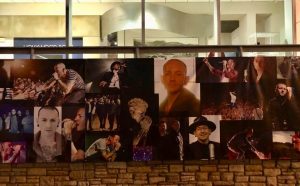 There were of course sadder moments sprinkled here and there throughout the show when home movies of Chester played on the big screens spread around the venue. There were certainly tears shed by all in attendance during these touching insights into the kind-hearted and talented musician. There were also special messages from artists that couldn’t be there played on the screens. Messages of love and support came from Metallica, Depeche Mode, Thirty Seconds to Mars and Paul McCartney. 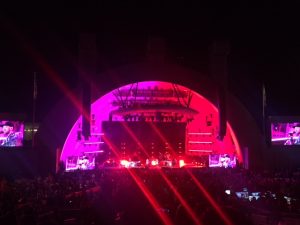 During the show, Shinoda shared with the audience how he first found out that Bennington had died. He then went to the piano on stage and played a brand new song that he wrote just a week after it happened called “Looking For An Answer.”

Chester’s wife, Talinda Bennington spoke during the night and shared with the crowd how happy this night would have made Chester. She thanked all of the sponsors, all the crew, her friends and family, the members of Linkin Park for their support during the last few months.

“And to the fans, Chester always said he had the best fans and he was fucking right!”

For the final number, everyone who had performed throughout the show came back to the stage to sing “Bleed It Out” all together. 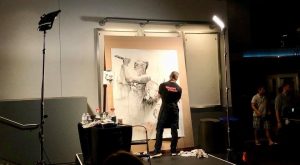 With more then a few tears shed for the immense loss everyone felt, the night was more about enjoying the music and being able to grieve altogether and at the same time. Chester would no doubt have been proud of the way his band-mates and musician friends came together to honor him during this unforgettable concert event.

This show can be viewed in it’s entirety on YouTube at youtube.com/linkinpark.

An Interview With THE KILLING FLOOR About Their Latest Album ‘Antisocialmedia’ and Lead Single ‘Devil Dog’!