Q&A with Aussie, Hamish Anderson Who Is Making Waves In His Native Australia. 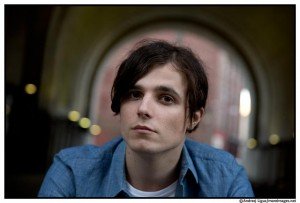 Though just 22 years of age, singer/songwriter/guitarist Hamish Anderson has been making waves in his native Australia since 2009. He is recognized for an impressive live show that encompasses a mix of blues, rock and folk with moments of loud, electric blues-soaked songs as well as delicate acoustic balladry.

Beat Magazine raves, “With Hendrix-inspired guitar riffs and extended solos, Anderson tore up the stage, simultaneously reviving and reinventing the blues,” while Inpress Magazine notes, “He’s a talent that provides an exhibition that is addictive to watch, and gives total bang for your buck if you get the chance to witness it”.

He’s also recorded with an impressive cast of accompanying musicians, including Wallflowers founding keyboardist Rami Jaffee and bassist Rob Calder (Kanye West). Since 2010 Hamish has released a trio of tunes on Triple J‘s Unearthed platform: “Winter,” “Comes a Day” and “Nobody,” all of which charted within the rock/pop charts, peaking at No.1, No.2 and No.5, respectively. After topping the Triple J Unearthed charts, Hamish recorded a five-track EP in BJB Studio with American producer Eric J. Dubowsky (Art vs. Science, Weezer). The EP was engineered by Jean-Paul Fung (Birds of Tokyo, Silverchair) and mastered by Brian Lucey (The Black Keys, Dr John, The Shins).

Hamish answered a few questions for All Access writer, Nicole DeRosa about growing up in Melbourne, his influences and adventures in Nashville. Read more below:

I’d describe my music as a mixture of rock, blues and folk music. For me rock and roll music is made up of all those styles.

I grew up in Melbourne Australia, which is a really great place for live music. Around Melbourne there’s a huge music community and most places you go there’s live music going on so that definitely had an influence on me when I was younger and started my interest in music.

What are your fondest musical memories growing up? In your house? In your neighborhood or town?

It’s been a great learning experience, I feel very lucky to have gotten the chance to work with such great musicians! I think the main thing they all taught me is really letting a song reveal what it wants to be and working your parts around that.

Out of all your live performances so far, what has been your best memory? Worst?

Best live gig memory so far is probably the first gig I did in New York at Rockwood Music Hall. It was my first gig outside of Australia so that was really exciting and New York seems to be such a great place for live music with a lot of enthusiasm from people for it.

Worst gig was one very early on in Melbourne when I had just started playing live, really your typical kind of bad gig (PA breaking down, Sound guy not showing up, Fight breaking out in the audience) cringe worthy stuff.

What is your favorite song on your album / EP and why?

That’s a tough one. It’s hard to pick a favourite with your own songs. Two I always enjoy playing though are the first track ‘Howl’ and the last track on the EP ‘Winter’. ‘Winter’ is meaningful to me because it was one of the first songs I wrote that I was happy with when I was around 17 years old… ‘Howl’ was really enjoyable to write/recorded because that was exploring the more ‘full band’ sound, which is always exciting.

Really to just be true and make the music you want to make…I think musicians that don’t follow trends and just make the music they love always seem to get much more of a reaction and have a carrier that sustains. People can tell when something is fake and not genuine so you really should just write and play the music you love.

The greatest thing about being on the road is really all the cool people you get to meet in these really great towns. We were just in Nashville playing some shows and that city is crazy for music, it’s great. After the show we met so many great songwriters, musicians and music lovers and it’s really great to be able to hear about their experiences and music and get to check out studios they’ve built etc.

I’m heading in to the studio in May in LA to finish up a second EP which should hopefully be out around July/August so I’m excited to release some new songs. I’m also heading out on a tour for the Passport Approved US West Coast Radio Tour around the US . Click here for more info/dates. 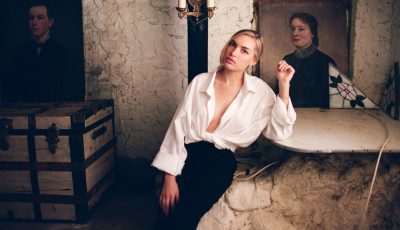