Energetic. Outgoing. Enthusiastic. These are just a few of the words that I use to describe last night’s Grouplove packed show at the Troubadour. In celebration of the release of their much-anticipated sophomore album, Spreading Rumors, Grouplove put on an incredibly happy performance. Indeed, the five-piece band cemented their status as one of alt-pop’s best live acts with an amazing set. 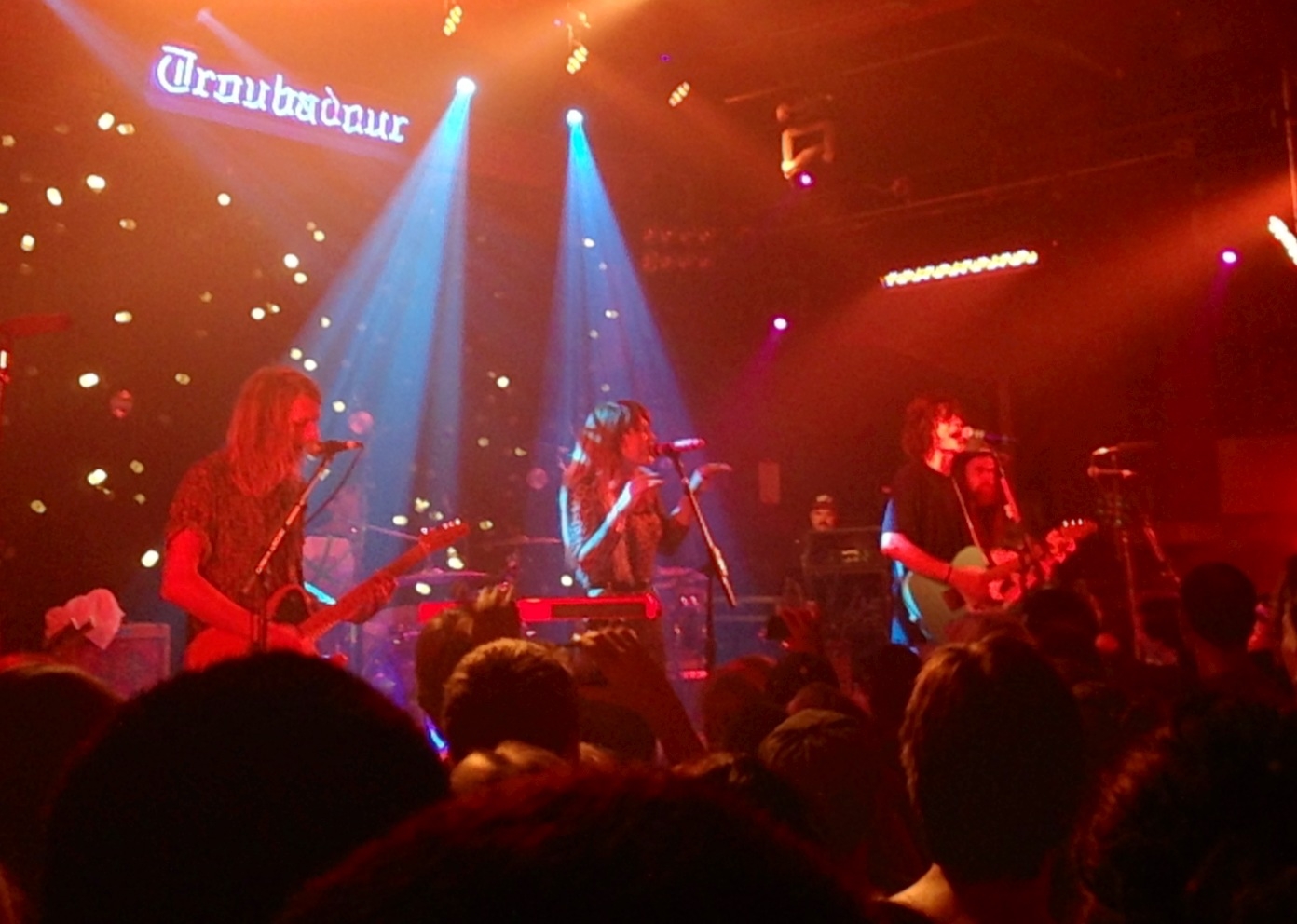 Their rollicking, sun-kissed tunes were lapped up by me and the rest of the adoring crowd. I found my spirits and mood lifting higher with each song. My concert buddy, Nicole and I had a fantastic time dancing and we felt lucky to even have enough space to do that since it appeared that people were absolutely everywhere.

Grouplove dove fearlessly into their new album and the crowd was more than happy to go along for the journey. They kicked off the night with their Spreading Rumours lead single, “I’m With You”. It really is the perfect introduction to their perky new direction with it’s catchy “woah woahs” and multitude of hooks. It certainly wasn’t long before fans were chanting along with lead singer, Christian Zucconi and imitating Hannah Hooper‘s wicked head-banging. Their song, “Borderlines And Aliens” was equally well-received with it’s whirring guitars and infectious hand claps, while Never Trust A Happy Song favorite “Lovely Cup” was an early highlight with the duo trading vocals. “School Boy” and “Shark Attack” followed and proved that the new album is jam-packed with jangly guitar-laced hits. Hannah then introduced the next song, “Hippy Hill” by describing Grouplove as a cross between hippies and gangsters, they are “hangsters”. 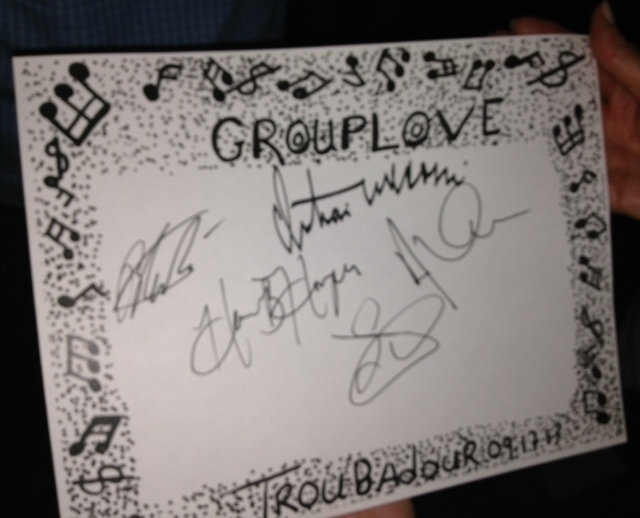 Their breakthrough hit “Tongue Tied” was a reminder of how much the band has developed over the past two years. I’m still a huge fan of the song but Grouplove’s sound has definitely matured. They are all grown up now. Fan favorite “Slow” closed the high-energy set before the tight-knit fivesome returned for a hit-filled encore. “Itchin’ On A Photograph” and current single “Ways To Go” made the intimate venue pulse.

So, sure you could Youtube Grouplove’s videos, or buy their albums (and you should), but what you really ought to do is simply go see them! Just try not to have an amazing time. It’s five friends playing each other’s head nodding tunes and having fun doing it. What’s not to love about all that? 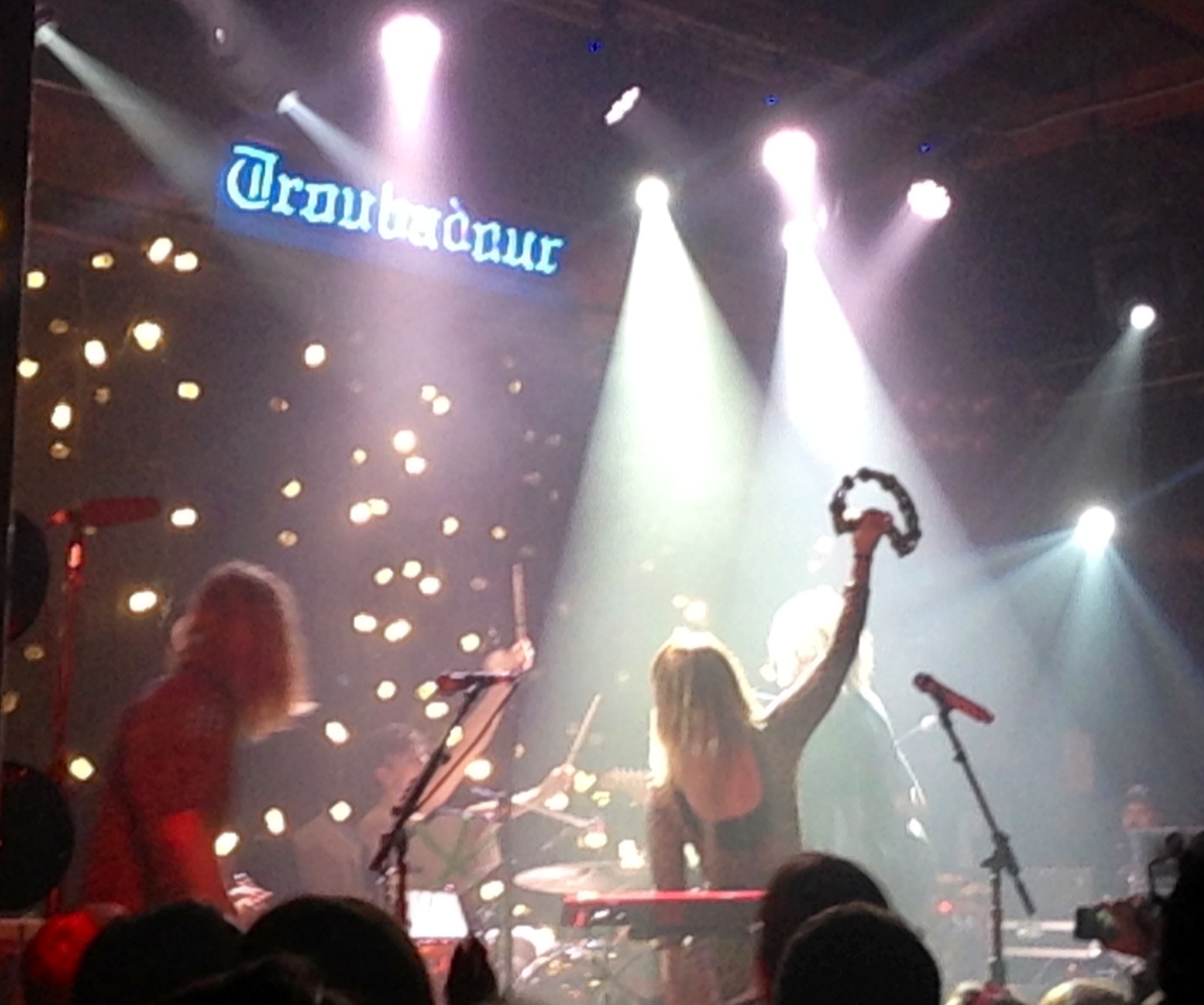 Classical and Electronic Music Join Together For the Night Led by Composer, Johan Johannsson