Get To Know EDM’s New Soulful Star On The Rise: Alicia Madison!

Up and coming New Jersey Pop singer, Alicia Madison has been making some big moves in the EDM world since first hitting the music scene independently only a few years back. Most recently she spent the end of last month rubbing elbows with some of the biggest names at the Ultra Music Festival in Miami. Among them was, Laidback Luke and his Mixmash Records family! Luke has been helping Alicia get a lot of attention as of late, since his edit of her collaboration with Promise Land, “Sun Shine Down” has began getting some major spins! Some of the big supporters of this growing club hit include Mason’s Rave, Disco Fries, Hook N Sling, R3hab Dyro, Starkillers, Morgan Page, DJ Kidmassive, Hardwell, Dmitri Vegas & Like Mike, Quinto, Thomas Gold, Danny Howard, Tom Swoon, DJ Gina Turner, Swanky Tunes Moska , Felix Cartel.

Danny Howard has even shown the track some extra love by being a leader on playing the new Merk & Kremont remix on his shows for both Sirius XM and BBC One! These spins have helped push “Sun Shine Down,” to the verge of becoming the next major EDM/Pop crossover. As of last month Promise Land and Alicia’s soulful club banger began to move up many different kinds of BDS radio charts. These include the BDS Dance Radio Airplay Chart, the Media Base Top 40 chart amd even hitting #142 on the BDS Top 40 Chart. This word of mouth radio play opened the door for Alicia’s voice to finally be heard on major market CHR/Pop radio. Before leaving Miami last month after seeing all the action at Ultra, her trip was capped off by hearing herself being pumped through the airwaves of Miami’s #1 His Music Station, Y100! That’s right! Promise Land Featuring Alicia Madison’s “Sun Shine Down” was featured on the New Music Monday edition of Y100’s “Download Or Delete” on March 31st!

So as her infectious sound is winning over new fans one by one, who is this soulful Jersey girl on those thumping beats? Well, even though she is new to many, Alicia is no stranger to the music biz. Prior to teaming up with BIG Management, Alicia began learning the ins and outs of the music world on the business side of things. While attending college she worked hard for an internship at the New York offices of Warner Bros. Records. While there, she worked closely with former teen idol turned music exec, Tommy Page, who was the VP of A&R at the time. (Now Head of “Music Partnerships” At Pandora Internet Radio)  While working with Tommy, she helped him with some of the label’s most high profile artists. Some of those artists included, Ashley Tisdale, Charice, Iyaz amd many others.

While she was learning what it was like helping support the talents of others, she is no stranger to being in front of the camera either. Prior to working with Tommy Alicia got bit by the showbiz bug when she began commuting to New York City weekly to find people who would help her work on her craft. She began training with songwriter, Tina Shafer and acting coach, Caroline Thomas.  While training, working and going to school, Alicia also found time to help with fundraising events, some of which included working with many soap opera stars.  Several people from ABC’s All My Children took such a liking to her that they invited her to play an extra in two episodes of the show standing side by side with acclaimed soap opera actress Susan Lucci. This all happened before Alicia graduated high school. With a resume like that we can all now see that Alicia is EDM’s next “overnight success!”

As “Sun Shine Down” is growing in popularity there is no time to slow down, just last week she took to her Facebook to tease her exciting new collaboration with  Starkillers. Keep an ear out for that new jam, “When The Silence Breaks,” coming soon to a DJ mix near you! Discover Alicia Madison for yourself! Listen to “Sun Shine Down” being played on Miami’s Y100 below! Also check out the song’s  Merk & Kremont remix over at Clizbeats.com!! 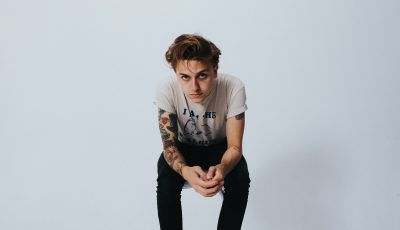