Indie rock band, Freefall Rescue‘s full-length debut, Sitting On The Launchpad released last month and the ten-song project proves itself as a depiction of human exploration, with all the exhilarating and terrifying emotions that can accompany it. Soaring through wide and expansive arrangements is where indie rock, synth-pop, and art rock connect.

In addition to the “star-studded” music, the project introduces a new member for the originally four piece band – a child astronaut named Luca who appears in the title track’s music video in addition to other visuals around the album. The NASA inspired astronaut outfit as well as the band’s suit and ties provide an ode to the NASA personal in the 1960s.

All Access‘ Brian Esquivel caught up with lead singer Chris Moseman to learn more about the visuals of the band, the beginnings of the band, why despite line up changes in the band he feels this group is “clicking” and much more. Check out the full interview below:

ALL ACCESS [Brian Esquivel]: Tell us the origin of Freefall Rescue – how did the band start?

FREEFALL RESCUE [Chris Moseman]: We’ve been a band since 2009. After a couple years as a three piece, I wanted to add a band member to fill out our sound and bring more writing influence, as well as balance and smooth out what I considered my “rough edges.”

Carlos was a great fit for that, and helped develop and refine our sound more. We worked with 6 drummers over the years, and at one point, were “between drummers.” I knew Watts as a drummer in my friend’s band, and though I asked her to fill in temporarily…over time she organically became our permanent member.

Before Watts, and after we put out the Rise EP in 2013, we then decided we wanted to make an album. This is going all the way back to probably 2014 or so. It was the beginning of what ended up becoming this album. It’s been a very long process, obviously. We never really “stopped” working on it, but rather, were working through many things creatively, personally, and businesswise. And it just took a long time. Which was so frustrating at times, but we just believed in the music a lot, and always kept going. This is part of the inspiration behind the song “Curtain Call.”

FREEFALL RESCUE [Chris Moseman]: One aspect that took time was self-producing and recording the album, it took some experimenting and learning in our studio. Another aspect being finding the right mixer – we had the album mixed twice. And there were lineup changes as well with drummers. But probably the largest aspect: a LOT of learning (and practicing) how we can independently release our album and eventually find a greater audience. This is still an exciting work in progress, but we no longer feel in the dark. We feel we know how to do it, independently, and are enjoying seeing it now in the beginning stages. That all took a few years to learn and develop. It was very emotionally challenging at times, to do a lot of work but not seeing the “final product” for so long.

Now, a lot of tangible items are formed– with the album released, and seeing the visual world, message, and media around it on our website, social media, and music videos. We are also building a platform called, “The Expedition” where we can interact with fans more directly, and create a more in-depth, shared experience of our journey.

AA [BE]: Your debut album Sitting On The Launchpad came out Aug. 19th , did the let’s say the “uncertainty” of the last couple of years delay it’s conception and release?

FR [CM]: The uncertainty of our journey spans long before any pandemic stuff, so uncertainty is something we are too familiar with. As the lockdowns happened, we kept moving on a lot of matters mentioned above: learning the DIY stuff, and independently planning/developing our album release. But I will say, in developing these things, it took some deep introspection, and was compounded by the inevitable introspection all the world felt at that time. It was a lot, and it was existential.

It all had to MAKE SENSE what we were doing and saying related to the album, and related to life. It had to be honest, I didn’t want to say something we didn’t mean and couldn’t whole heartedly stand behind. And all this was while the world was locked down and we’re having those moments like, “should I even keep doing this album? This music?“

In that time, I read Deepak Chopra‘s Seven Laws Of Spiritual Success, and it really focused my thoughts, feelings and intentions. It reinvigorated my existential pauses and affirmed everything about our album’s message and my intentions with music and life.

AA [BE]: What are your musical and lyrical influences, as well as one our readers might be surprised by?

FR [CM]: Lyrically for me, Ben Gibbard (Death Cab for Cutie), Alex Turner (Arctic Monkeys), Ed Kowalzcyk (Live) off the top of my head. Ultimately, anything with strong melody, we appreciate and want to learn from.

Keane is one of mine and Carlos‘ favorites in that aspect. And I’ve also been greatly inspired by the UK band Doves – they have such a vibe, diverse songs, and interesting textures. Influences are so different between the band members, other than perhaps our common love of the 80s. I think Carlos‘ melodic sensibility is heavily influenced by McCartney/Beatles, and perhaps the stylings of The Smiths/Morrissey. Very sing-songy stuff. Travis being another that you can especially hear in a lot of Carlos‘ pristine guitar arpeggiating lines, as well as the beautiful work of The Edge.

We like the New Wave stuff in terms of synth-pop influence and sometimes a bit of clubby-dance beats. We are influenced by Manchester bands, brit pop, post-brit pop, and today’s Brit Pop, like Blossoms. And big arena sounding bands like Muse and The Killers. Creativity and textural work of Doves and Radiohead. Epic dreaminess of The Boxer Rebellion or War On Drugs.

AA [BE]: After what was I am assuming a delay in being able to play live, how have the audiences been since you have got back out there?

FR [CM]: That’s a gift from the pandemic I think. I feel like live music is appreciated more than ever. I think people feel that connection more than ever, and know what it’s like to not be able to have it.

AA [BE]: I read you have gone through some lineup changes over the years, what is making this current group click?

FR [CM]: We are all pretty different people. It makes for an odd bunch, while also an interesting bunch. Or perhaps part dysfunctional group, yet complementary of each other. Watts is the sunshine of the group, Reuben is the methodical voice of reason. Carlos perhaps I’d say, the “instinct” guy, and I see myself as the more strategic/broad view one, and the main driver of tactics. Not sure what they would say (laughs).

What makes us click is learning to understand the best way to harness our personalities and strengths. It’s always been a work in progress, even after all this time. But musically we have a lot of chemistry from time writing together. And Carlos and I share a lot of the same vision on what we want to achieve musically.

The band is really a very agreeable group on just about everything, because we know how to talk through and decide as a group –  whether it’s creative or business decisions.

AA [BE]: I see you have quite a few music videos, is it important to you to put a visual element to any many of your songs as possible?

FR [CM]: Yes I feel it’s valuable. I don’t think it’s crucial or “the only way“. In some ways, I don’t think music videos make much sense nor draw much interest from fans. But I’ve found them to be vehicles for creating the “visual world” of the music – from a broader view; to develop more “story” with the song. We want to enhance the experience of our music, and help a listener to escape more, and take more of a journey.

With the state of media, our world is more visual than ever. So as much as sitting and watching an entire music video might not necessarily be a lot of people’s cup of tea, by creating this key visual, we can leverage it in lots of ways, to expand into different forms (like smaller clips on social) that are more accessible to people and help create the overall comprehensive experience.

Our most recent video was just released on September 1st. It’s for the title track of the album, “Sitting on the Launchpad” and it brings to life the theme of the album, and the still visuals from the album artwork and the website. It’s our most definitive and cinematic video to date.

It was so fun to make, and amazing to see it blossom from just a band brainstorming meeting to an eventual finished visual story. We had some really great help from Nicholast Thurkettle directing and Neil Budde doing cinematography. They were a great team and brought our story to life, way beyond what I could have expected. And driving that classic car was so fun too, I fell in love with it.

FR [CM]: We felt very ignited and encouraged by the album release and our recent shows, especially the album release show at Hotel Cafe in Hollywood. It was a special night. Both at shows, as well as on social media, private messages and in person, people have shared a lot of meaningful words of encouragement since that album dropped. We want to get in front of more people in LA and some west coast cities outside of LA. Along with that, we’ll be building awareness of our album through online promoting to the US and UK. We feel a special connection with UK folks, and want to build enough awareness to tour there as well, later on.

FR [CM]: I’ve always been a Rich Costey fan. Martin Cooke, who mixed our album, worked with him for years and also had great things to say and lots of fun anecdotes. Music video director…honestly, we’ve worked with passionate friends on low budgets and it’s been such a beautiful experience, I’m not sure it gets much better than that. Except maybe I could use more production and editing staff so I can relax more in the process 🙂

Congrats to Chris Moseman and the rest of Freefall Rescue on an “out of this world” release with Sitting on the Launchpad. Keep up to date with the rest of the band by checking out the links below: 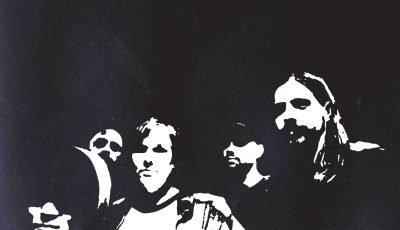 An Interview With The Chicago-Based Band TIME THIEVES On Life During the Pandemic, Their Newest Music and More! 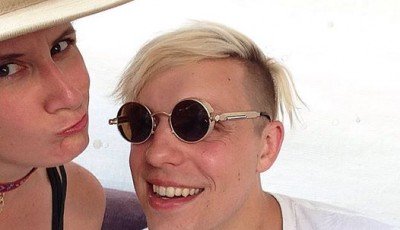 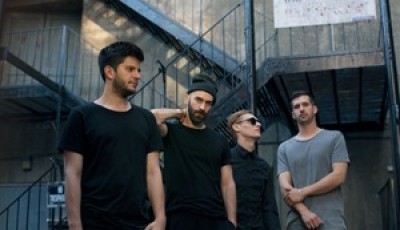 An Interview With Brooklyn Indie-Rockers, X AMBASSADORS On Their Debut Album “VHS” and More!