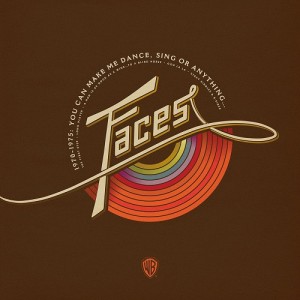 When the five formidable fellows who formed the Faces got together in 1969, they issued a brash and unabashed mission statement: make merry music and have a real good time doing so. To celebrate the fortieth anniversary of the end of the five-piece’s perpetual party, Rhino Records has reissued all four of the band’s original studio albums, each featuring previously unreleased rarities, plus a nine-track bonus disc of “Stray Singles & B-Sides,” all housed in the box set, Faces 1970-1975: You Can Make Me Dance, Sing Or Anything…, available now.

Meanwhile, the new compilation’s version of the group’s 1971 nine-song sophomore set, Long Player, also holds four non-album additions, including a live take on the Robert Johnson blues staple “Love In Vain,” recorded at the Fillmore East in New York City. In the hands of the Faces and in the gravelly and gilded throat of Stewart, Johnson’s longing lament serves as a reminder of the stellar musicianship embedded deep in the souls of these five lads, a fact that too often took a backseat to the booze brothers’ very public penchant for pouring pints, pulling pranks and raising a glass at the drop of a hat. 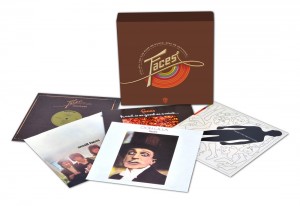 Few would dispute that “Stay With Me” was the biggest hit the Faces enjoyed. Originally released in 1971 on the band’s wryly-titled third studio offering, A Nod is As Good As a Wink…To a Blind Horse, the celebratory Wood-Stewart scribed single fittingly shows up twice on the fresh version of the record found in Faces 1970-1975: You Can Make Me Dance, Sing Or Anything…; first in its original form and later as one of two (“Miss Judy’s Farm”) bonus tracks, both of which were recorded September 28, 1971 and broadcast October 6 of that same year as part of BBC Sessions.

Finally, this new must-have for any Faces fan five disc box set contains an entire disc of hard-to-find nuggets, including long lost B-sides such as “As Long As You Tell Him,” “Rear Wheel Skid” and “Oh Lord I’m Browned Off,” plus the more-than-a-mouthful-titled single that inspired the box set’s title, “You Can Make Me Dance, Sing Or Anything (Even Take the Dog For a Walk, Mend a Fuse, Fold Away the Ironing Board, Or Any Other Domestic Shortcomings).” If you call yourself a fan, well, that’s it, that’s all you need. 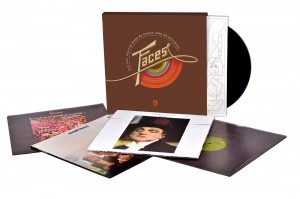 No less an authority of knowing how to have a real good time than Rod Stewart himself once said of The Faces: “It was a party band that came along when parties weren’t fashionable; when it was fashionable to take your music desperately serious. We came along and we wore satin jackets and drunk bottles of wine onstage and we broke that whole regime of serious musicians.” Ronnie Wood was once asked in a joint interview with Stewart what he remembered most about his days in the Faces, and he was quick to respond, “The good times we had; all the time.” The last word on the everlasting legacy of one of rock’s most festive five-pieces is reserved for the late Ian McLagan, who was said of his gregarious group, “In show business they have this expression ‘The show must go on.’ Well the Faces never had an expression, but can be summed up as the show’s gotta be fun.” Pick up Faces 1970-1975: You Can Make Me Dance, Sing Or Anything… today and you’ll be glad – not sorry – that you did.

Listen to An EXCLUSIVE Interview with The Hip-Hop Duo, BLACKALICIOUS On Their Brand New Album, “Imani” and Much More! 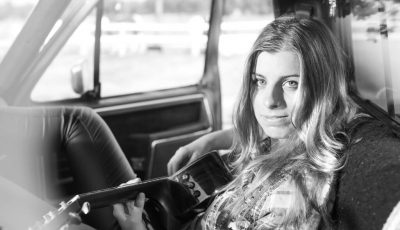