Founder of MRKT MUSIC, ADAM WACHT Discusses The Ins and Outs of The Music Biz and An Inside Story About Cheap Trick! 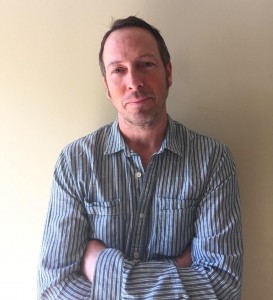 As a performer, writer, producer, booker and manager, Adam Wacht has experienced just about everything in the music business.  He’s worked with Willie Nelson, Cheap Trick, Vince Neil and many others. And now, with the launch of MRKT Music, Adam is doing something he’s wanted to for years which is give independent artists a new means to control their careers without a traditional record label.

“Having been in the business a long time, including being in a band signed to a major label, I’ve always wanted to create a platform for musicians to effectively release and push their music without losing their rights and integrity,” said Wacht. “MRKT levels the playing field for artists of all kinds and gives them the ability to have total career control at their fingertips. Our slogan is ‘Every Artist Deserves the Chance to be Heard’ and that’s our goal for everyone we serve.”

What is MRKT Music all about? Well, any independent musician part of the organization can easily sign up for a streaming package through MRKT to place their music on all the major streaming services including Spotify, Beats Music, Pandora, Google Play, YouTube Music Key and more. Traditional physical and digital distribution will also be available, and artists will be able to hire label marketing, promotional and sync licensing services through MRKT’s strategic partners at pre-negotiated preferred rates, either individually or bundled.

Each artist will be given a virtual dashboard via MRKT’s website where they can track their progress and stats – including breakdowns of streaming and accounting – which will also be accessible by a dedicated “Manager in a Box” app.

Learn more about MRKT Music and it’s founder Adam Wacht in the following All Access interview:

Thanks so much for your time, Adam! Where does this interview find you today?

At this very moment, I’m at my studio in the guitar room. I like coming here in the morning before my crazy days begin. I find it relaxing to plug in and let it fly for a little while.

Growing up, did you always know that you wanted to work in the music industry?

Absolutely! When I was six or so, my mother caught me jumping up and down on my bed, air jamming to the Beatles with a tennis racket. We got my first guitar soon after my Beatles air jam. Even as a kid, it was always about the music. I guess I knew early on that I would be in the business somehow.

What bands were you consistently inspired by?

I grew up listening to Zeppelin, The Who, Deep Purple, Kiss, Aerosmith, Van Halen, Montrose, etc, We went to every show at Madison Square Garden. These guys were my heroes. The songs that came out of those bands still blow me away.

Can you briefly explain to our readers what exactly MRKT Music is all about?

In a nutshell, MRKT Music is all about helping the Independent artist. I designed MRKT to meet the needs of every artist with every budget. We offer many different ways for artists to release and promote their works, while maintaining total creative freedom.

How will it help artists become more independent?

Good Question. MRKT Music offers digital and physical distribution, as well a-la carte label services with pre-negotiated rates. We are a nimble company that doesn’t carry any bloated “record company” salaries. We have several vendors for every service that we provide, which gives our artists plenty of options, and we work with the artists to determine their wants and needs.

How did you pick the company name?

When I first thought about starting a new music company, it was meant to be a label services business. I called it Market Music, because it was a market for music (ish). After a couple of days of being “Market Music” I decided to remove the vowels, for no other reason than I thought it looked cool. The next day, MRKT Music was born.

What led you to start this company?

Where did the idea for it come from essentially?

Having been in the business for many years in many capacities, the motivation behind launching MRKT was a culmination of horror stories that I experienced first hand, second hand, or any other hand. I couldn’t bear to hear another story about an artist getting screwed one way or another.

Can you think of some up and coming bands that would fit this company really well at this point in their career?

Pisser from NYC & Rykka from Vancouver, BC are a couple of artists that we’re looking at.

Do you have any artists signed up already with MRKT?

Yes, we’re currently working with a few bands. The Transcendence and Gunner & Jane are our focus right now.

What artists today to you think are really owning their music and managing their careers really well?

Although he’s not the “traditional” independent artist that we refer to, Jason Aldean signed to a small label and is still with them. Sure he has a big machine working for him, but like it or not, he’s an indie.

Tell me about your experiences being in a band.

Do you miss being on that end of the industry?

There’s nothing like being on a stage and seeing fans smiling, singing along, fists up in the air, whatever. The rush of playing live….you can’t beat it!. Yes, I do miss it.

However, I still write and record with some amazing writers and players. I guess it’s in my DNA.

Do you have a favorite memory from that time? Do you still play the guitar and jam every once in awhile?

My fondest memory from that time was my band’s first tour, and first show at the Palace (now the Avalon) in LA. The band was on fire, the crowd was great, the lights were awesome. It was a magical night for everybody in the band, and hopefully for the fans as well.

You’ve gotten the chance to work with some incredible musicians like Willie Nelson, Cheap Trick and others. What do you think has been the most surprising thing to you about working with these musical legends?

These guys are legends because they’ve worked their asses off for many years, and continue to do so. Unfortunately, it’s not surprising. Cheap Trick is still the hardest working band in America. And Willie continues to tour and fight hard for what he believes in. I was a bit star struck when I met Willie. After all, he’s Willie Nelson.

To answer the question, Yes I was on the bus!

One of my coolest experiences as an agent was booking Cheap Trick on a run of three night stands in different cities up and down the West coast, performing Record 1, Record 2, Record 3. The last night of the tour was at the House of Blues in Los Angeles. At the end of the night, I was getting my car, when I hear someone yelling my name. Next thing I knew, Robin Zander is running through the parking lot to find me and thank me for one of the coolest tours he’s done in a long time.

What advice would you give to someone considering getting into the music business today?

For anyone that’s considering the music business as their vocation, they must be strong, tenacious and extremely passionate about it. Aim high, start low. But, If you’re doing this because you think the music business is cool, or because of game show success, I suggest a different path.

Would you suggest they work for smaller independent companies like yours?

Absolutely. Companies like MRKT are a great vehicle for developing artists and staff. I want my staff to grow with me as the company continues to grow.