“A deep sense of interconnectedness and love that we share together and need to remind ourselves of, especially in times of chaos” is what Chad & Dave of the electronic duo Tritonal hope people take away from their latest single, “Signals” featuring the UK singer and artist Sarah de Warren.

The stirring vocals that Sarah offers on “Signals” does just that – offering a level of connection that the Austin based duo hopes transcends across their entire upcoming project. The new single release joins a handful of previous releases including “Safe & Sound” with Last Heroes & Lizzy Land and “Superhuman” with Codeko that give a preview of the upcoming 18 track album that already boasts over 10 million streams.

The upcoming LP, Coalesce marks the duo’s 5th studio album and their most cohesive project to date. The single release and album title also comes in tandem with the announcement of the celebration of their 400th podcast show Tritona that will happen in their hometown on October 1st [TICKETS].

Although Chad & Dave have played over 1000 shows in 5 continents, sold over 2 million tickets, racked up over 1 billion global streams, collaborated with the likes of The Chainsmokers, Ellie Goulding and Cash Cash (to name just a few!) it still feels like the guys of Tritonal are just getting started. All Access was lucky enough to catch up with the group on all the recent announcements and learn how the duo got into the dance scene, what their weirdest fan interactions have been, what other genres they’re interested in and so much more. Check out the full interview below and get to know the masterminds behind the wildly successful duo Tritonal.

ALL ACCESS [Austin]: For each of you, what is it about dance and electronic music & production that made you want to focus on that genre as artists?

TRITONAL: We both grew up on it. I (Chad) was a full-on rave kid in the 90’s, going to a ton of underground shows, it was life to me at that time. Dave spent a lot of time producing and learning on forums, etc. The unity of the music and transcending to that one unifying place (especially with Trance) was what we were seeking. Whether just the music itself, the community, the drugs, all of those things were a part of it all because we were all seeking something greater. Along the way, we’ve learned to have more discernment and pick the jewels (music) and let the other things go. Incorporating actual practices such as meditation and yoga have replaced some of the other seeking mechanisms. Refining our music to really reflect the state of consciousness as it evolves within us has been how we’ve adapted and stayed true to ourselves as time moves on.

AA: Do you remember that first song you ever made?

TRITONAL: Yes! the first song we ever made was with our dear friend Christina Soto and it’s called “One More Day”

AA: I love your comment about the unity of dance music because there truly is such a community around that type of music. But if dance music wasn’t an option – what genre or type of music do you feel you’d create instead?

TRITONAL: Ambient Music would be the top choice. Both Dave and I would also love to score films. I grew up on a lot of old school hip-hop so maybe something that honored that world. Also exploring the world of Rock could be super fun.

AA: With the upcoming album – Coalesce (due out 9/8) – marking your 5th studio album, how have you approached this one differently than the previous 4? How do you keep yourselves excited about creating music after all these years?

TRITONAL: This is the first time we’ve had such cohesion with the tracks on an album. I wouldn’t necessarily go as far as to call it a concept album, but there is definitely a theme throughout this whole thing – which hasn’t been the case in the past. We had writing camps with specific intentions where a handful of these songs came from. We really wanted to take the listeners through a journey within, consciously adding spoken word interludes that tie the experience together. This album also truly takes on what we’ve learned through the years of being traditional Trance artists, exploring the pop crossover EDM world and really seeing what we wanted to hold onto from the journey so far. Not necessarily “going back” to anything emerging into more of an authenticity of who we are as artists.

AA: You’ve previously released collabs from the album with Marlhy, Last Hereos and Lizzy Land and now Sarah De Warren with your latest single, “Signals.” What characteristics for vocalists/collaborators do you find that you’re most drawn to when deciding who to work with?

TRITONAL: Nowadays we’ve become quite specific on what is actually being said in the song from a lyrical perspective. What emotions do they invoke? Where are the vocalists currently in their journey? It’s nice to be able to talk to the newer ones and really just get to know about them in general.

AA: Who would you still love to work with?

TRITONAL: Would absolutely love to work with Chris Martin.

AA: Agreed – that’d be a stellar collab. As a duo who has performed all over the world and racked up over 1 billion streams, what has been the most surreal moment of your career so far?

AA: What’s the funniest/craziest/weirdest fan interaction you’ve ever had?

TRITONAL: Well the online stalkers are always a bit scary and never fun! But we’ve gotten a lot of love from fans that have followed us all over the world, made us gifts, waited after shows to get a photo – we’re grateful for it all.

AA: Ha! Yeah can’t imagine online stalkers would be any fun. Alright, so a question that is asked in every All Access interview is, for both, if you could only listen to (5) artists for the rest of your life, who would they be?

CHAD: I’ve never been a fan of this question so how about: Slipknot, Coal Chamber, Rob Zombie, Powerman 5000 and Marilyn Manson 😀

DAVE’s (serious answer): Rest of my life is tough but as of now my top 4 are: Ben Bohmer, Andrew Bayer, Armin Van Buuren, Jon Hopkins

AA: Yeah that one is normally the toughest question for people. But to wrap up, what does the rest of 2022 look like for Tritonal?

TRITONAL: Well, Coalesce comes out September 8th and then we simultaneously head out on a North American tour to support the release. Oct. 1st we celebrate the 400th episode of our radio show Tritonia with a full day event, including yoga and a day time deep set in our hometown of Austin at The Concourse Project – the nightclub show will be alongside Cosmic Gate, Gabriel & Dresden and labelmates Farius and Matt Fax.

With so much going on with the guys of Tritonal we want to give a massive shout-out to Chad & Dave for the time and for hanging for this latest All Access interview. Keep up with the duo and their upcoming music, tour and more by following along through the links below and check out the new single, “Signals” with Sarah de Warren. 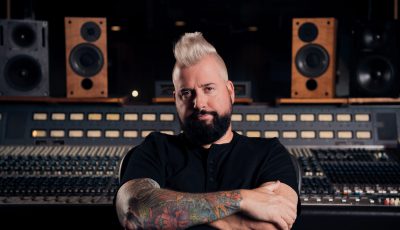 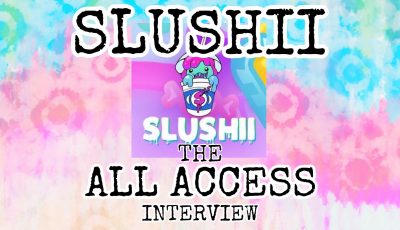